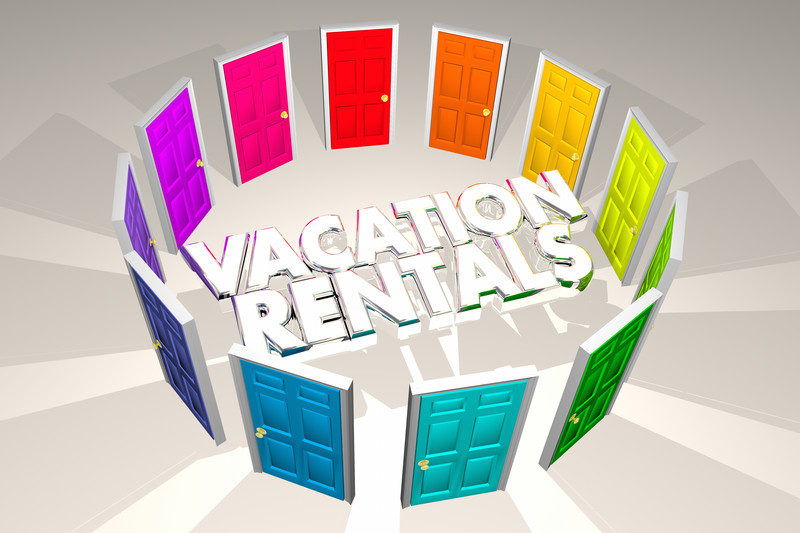 OP/ED by Arnaud and Naja Girard……..

Hurricane Irma has left hundreds of people homeless in the Florida Keys. We wanted to know how the local government was handling the housing crisis.

Officials seem genuinely concerned. They hold meetings and workshops on workforce housing issues. But clearly the problem predates the storm. Locals believe that, in recent years, too many residential units have been allowed to be transformed into vacation rentals.

In this context we were surprised to learn that this week the City Commission voted to approve yet another legal scheme that would allow more of those desperately needed residential units to be transformed into transient accommodations.

Why is this happening? The answer is simple: Money. And a lot of it.

For the alchemists of the old days the greatest achievement was to turn lead into gold. It was called the “Grand O”. In Key West of late the alchemists are developers and they know no greater feat than turning residential housing into tourist housing. According to developer Pritam Singh, one of the most famous in this genre, the benefit of such a successful magic trick is 6-fold. A $150,000 residential unit turns into a whopping $1 Million hotel room.

For about a year now we’ve been watching Ed Swift, another well-known Key West developer, in the “Grand O” transformation of his Key Cove residential properties on Roosevelt Boulevard into transient rentals.

As you’re going to see, being an insider is pretty much essential to summon the magic; little people are just casualties on the side of the tracks.

In Key West, renting to tourists, for less than 28 days, without the proper transient rental license is a big deal. It is actually a crime that [per code] can land you 60 days in jail and cost up to $5,000 in fines per violation.

Meet the Mingos, an older couple originally from Key West. In 2016, trying to offset expenses and pad their income, Gwenuel and Cynthia Mingo had their modest Key West family house on Baptist Lane advertised for rent on Airbnb. Code enforcement officials found the add online, posed as potential renters and brought them before the city’s special magistrate for violating the transient rental code. They did not have a lawyer. They dutifully handed over all of their rental records as per the subpoena.

Here they are [below] on video at the April 27, 2016 hearing, huddled together behind the podium. They’d been cited once before but had misunderstood the law, believing they were in the right as long as they no longer rented the home more than once a month.

The special magistrate found that even though they had been renting only once a month, their contracts were for less than 28 consecutive days. They were slapped with nearly $30,000 in fines and a $106,000 “suspended fine” [to be paid if caught again within 60 months].

Now compare and contrast with what happens when Mr. Swift, developer and Conch Train owner gets cited four times for renting his Key Cove residential units to tourists. Each time he lawyers up and doesn’t produce subpoenaed documents. He is particularly hard to catch because his company does have some legal transient rentals in town, so his marketing is not immediate proof of the illegal rentals.

So how did they catch him?

The last time was in August of 2016. A neighbor called code enforcement to complain that three of Ed Swift’s Key Cove residential units were being rented to tourists. Code Enforcement officials found six rental scooters in front of Unit #5. The tourists inside the unit explained that they had simply been switched from another guesthouse to that unit. According to the neighbors it was a recurrent problem.

Interestingly, while all code enforcement hearing videos are available online, some of those videos appear to be missing the segments associated with Mr. Swift’s violations. Records show that on his third violation, Swift was ordered to pay just $250 in court costs. Assistant City Attorney Ronald Ramsing justified the overall leniency claiming Mr. Swift was in the process of legalizing his transient units at Key Cove.

On November 15, 2017 (again video segment missing) Swift was ordered to pay $5,000 plus $250 in court costs for his company’s fourth violation in three years [plus $5000 in suspended fines from a previous violation].

Records at the Planning Department show that Mr. Swift had gotten his hands on some unusual legal instruments called “unassigned transient business tax receipts” [let’s call them “transient licenses”]. (In theory if a transient unit is converted to long-term residential use or if a hotel redevelops and builds less units, the extra transient licenses survive. They can be sold and transferred to a new location separate from the unit itself.)

Apparently, the city is now ready to recognize those unassigned transient licenses as a bonafide way to turn long-term residential units into transient ones.

But when you are a powerful insider, apparently, you can just get the City Commission to tailor a new law for you. And indeed, last Wednesday, the City Commission voted to allow any unassigned transient licenses to now be used to convert long-term residential units to nightly rentals.

The City lists 31 currently “unassigned” transient rental licenses. But the number could explode.

Hotel owners have been known to create 2 or more hotel rooms from a single transient unit. The second room is referred to as a “lock-out”. In the city of Key West “lock-outs” are prohibited so developers call them “two-bedroom suites”.

Hypothetically, a hotel or guesthouse owner could combine two existing units under one transient license. The owner is then left with one “extra” transient license and registers it as “unassigned”. Under the new law, it could then be reassigned to any residential unit the owner may want to convert into any type of tourist accommodation [provided zoning at the new location allows transients].

In City licensing records we found one suspicious 2017 reassignment of two transient licenses from a motel owner to himself. His next move could be the creation of two more guest rooms using the detached unassigned licenses.

The Marriott Beachside Hotel in Key West has about 100 of these “suites” and Parrot Key, which Singh developed, has 43 of them. “The lock–out units in both of those Key West resorts can be separated and rented out individually,” Singh told a Key West Citizen reporter last year.

There is some indication that Mr. Singh’s methods are now being emulated by Ed Swift at his Eisenhower development project. Each of the 10 new transient units on Eisenhower are designed with up to 4 bedrooms [35 total bedrooms]. Plans show the majority appear to have separate entrances. Although only 11 parking spaces are required for a 10-unit guesthouse a landscape waiver was granted to allow Mr. Swift to provide 23 parking spaces for his guests.

At the December 21, 2017 Planning Commission meeting, board member Gregory Lloyd, who cast the only dissenting vote, observed: “I guess this is 10 [units] that somehow ballooned into 30”.

The new ordinance, deregulating the transfer of unassigned transient licenses, combined with the new trend in multi-bedroom “suites” could create an endless source of new transient licenses which in turn would be used to convert residential housing into tourist accommodations.

The process could go unchecked until hundreds of residential units have been lost, at which point it will be described as an “unintended consequence” of an unforeseen “loophole”.

The City Commission should address this risk by, at a minimum, prohibiting reassignment of unassigned transient licenses to residential units.

CORRECTION: An earlier version of this article mistakenly stated that the “development agreement” for Key Cove clearly prohibited transient rentals; however, it has since been discovered that we were mistakenly given the development agreement for 3029 Roosevelt Boulevard [also called “Key Cove”], when we requested the documents for Key Cove Landings from the City.  Our apologies. We did go ahead and check the Declaration of Condominium for Key Cove Landings LLC and found a provision that prohibits transient rentals whether or not the government allows them [Official Book 2320 Page 427].  We have requested the correct information from the City and will follow-up.

The Blue Paper has been dedicated to bringing you the truth through in-depth reporting, however we have been operating at a loss for nearly five years. Only support from our readers can keep this mission going. We need approximately $5,000/month to pay our expenses and the salary of an additional investigative reporter. We have over 6400 subscribers, and thousands more who happen upon our website each week. Our most recent documentary was seen by over 175,000 people yet only 34 people so far have agreed to pledge at least $5 /month to support our work for a combined total of $348/month. [Thank you!] Short of reaching our financial goal The Blue Paper will shut down on its fifth-year anniversary, March 15, 2018. Please pledge your support for a continuing and even better Blue Paper on Patreon.

SEE RELATED: CRIME PAYS IN KEY WEST ESPECIALLY WHEN YOU GET CAUGHT

SEE RELATED: HOUSING HOCUS-POCUS: IS THE CITY LOSING THE WORKFORCE HOUSING BATTLE ONE HOUSE AT A TIME?