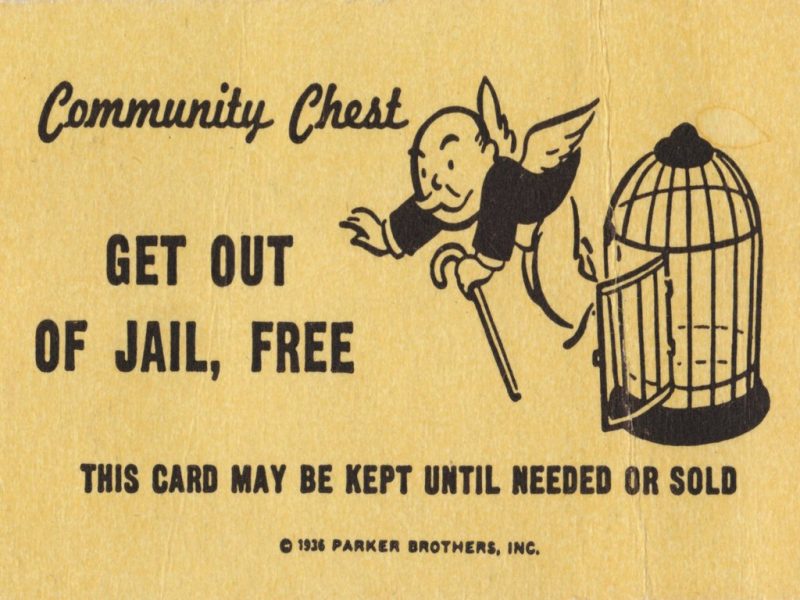 Prominent businessman Ed Swift got caught again illegally renting to tourists. The Conch Train owner and, ironically, advocate for affordable housing, was reported this week by The Keynoter as having been set up, again, by code enforcement officials who went undercover and rented two of his condo units at Key Cove Landing for 6 nights for roughly $600 a night. That was, apparently, the third time in a little over a year.  Swift certainly made a mistake. Or did he?

Officially, the City is cracking down on illegal transient rentals. It’s all about protecting those desperately needed long-term residential units. But, in fact, The Blue Paper found a list in Planning Department files tied to over 150 illegal transient units operated by savvy property owners and protected by a scandalous loophole.

The little secret’s code name is LUD [Lawful Unit Determination].  Adopted by the City Commission in 2013, it has become an amnesty program for cheaters. Having been caught and fined by the code enforcement is actually one of the best ways to establish a right to transform residential housing into lucrative vacation rentals.

At first glance, the documented confessions provided by LUD applicants describe an unabashed exercise in cheating. Take for instance the history of “The Equator”, a successful guesthouse on Fleming Street. Initially, there were only 8 legal transient units at 818 Fleming. In the 90’s, the transformation of a residence at 822 Fleming added 11 transient units – all admitted illegal in a 1998 confidential survey. Another 11 illegal transient rental units were added with the purchase of two more homes behind 822 along Sheppens Lane. Before consolidating into one large compound, 818 Fleming had captured 816 Fleming, adding another 6 illegal transient units.  By 2012, the whole compound had been taken over by Rockwell Properties operating as the Equator Resort.  Last year, in their LUD application, Equator’s new owners admit that nearly 2/3 of their units are still illegal transient rentals.

Another applicant, The Alligator and the Mermaid, a guesthouse on Truman Avenue, had provided the planning department with a copy of a sales contract conditioned upon LUD approval.  On March 16, 2016, the City Commission legalized the conversion of the manager’s apartment into a transient unit.  The “Alligator” had also captured the house next door at 916 Windsor Lane: 3 illegal transient units at that location were also legalized. The complex then sold for 3.5 million.

The legalization of transient units are a windfall for property owners. In a previous interview with The Blue Paper, developer Pritam Singh explained that the value of a transient unit in the Keys is about six times the value of a long-term residential unit.  To date, there are over 120 illegal transient rental units still waiting to be legalized in the LUD pipeline.

The law abiding landlord struggling with his mortgage or the local resident unable to find an apartment may wonder why City officials ever dreamed up this LUD ordinance. It all began with good intentions.  Years after the State of Florida decided to limit development in the Keys and the right to build became something you had to compete for, it was discovered that some existing housing units had not been counted.   In 2009, the City adopted an LUD ordinance to allow owners of so-called “ghost units” a mechanism for proving their units had been created lawfully, prior to the original Rate of Growth Ordinance [ROGO].

In 2013, the City amended the LUD ordinance, in effect opening the flood gates for the reassignment of residential housing to transient use.  Don Craig was the City’s Planning Director at the time.  His proposed amendment appeared insignificant. He changed only one little thing in the LUD ordinance: the date triggering the right to LUD approval was no longer April 1, 1990 [pre-ROGO] but was now April 1, 2010.  The difference is considerable. The initial ordinance grandfathered proven LAWFUL units while Don Craig’s amendment rewarded those who had been creating new transient units out of thin air long after it had become clearly illegal to do so.  Renting un-permitted transient units is actually a crime and is punishable by up to 60 days in jail under the City’s municipal code.

The 2013 LUD ordinance passed unanimously. Four of those Commissioners are still sitting on the dais today. It was hidden in the middle of a 109-page proposed amendment of the City’s Land Development Code – mostly about incentives for green construction and other environmental niceties.  The introduction to the legislation made no mention of the substance of the LUD amendment. No one noticed who was not supposed to. People on the inside track however began filling out applications as soon as the law took effect in March of 2014.

The LUD approvals are granted at the discretion of the Planning Director or on appeal by the City Commission.  One of the most bizarre twists is that some property owners present the very citations received from code enforcement officials to prove that they were indeed breaking the law prior to April 1, 2010.  Code Compliance Director, Jim Young, told The Blue Paper that any pending prosecutions are stalled until  the LUD approval process is complete. Applications, we were told, are back-logged for years.

“I was brought up to think that crime doesn’t pay,” says local community advocate Christine Russel who owns long-term rental property in Key West,“ and here are people who break the law making a fortune renting illegally to tourists and our local government officials find nothing better to do than legalizing the whole thing? That’s disgraceful.”

UPDATE: Subsequent to The Blue Paper’s expose [above] the Commission passed the following amendment to the City’s LUD code:

“Applications received after May 2, 2017, must demonstrate that the unit sought to be established hereunder is or has been legally permissible under the current or any former zoning requirements of the applicable district in which the unit is located.”

[Does this mean that an illegal transient rental can still be legitimized through this LUD law as long as at some point in history the zoning district did not prohibit transient rentals? Even if at the time it was established it was NOT legal?  Shouldn’t the law require that the unit must have been LEGALLY established? Apparently the City Commission doesn’t think so. Former Planning Director, Thaddeus Cohen, pointed out to the Commission during an appeal of his denial on the Alligator and the Mermaid application [to change a longterm unit used for the manager of the guesthouse into a transient unit] that the LUD law was supposed to recognize “ghost units” – units that had never been recognized by the City. He said it shouldn’t be used to transform existing longterm units to transient rentals.  The City Commission let them do it anyway.

10 Responses to “Crime Pays in Key West, Especially When you Get Caught”