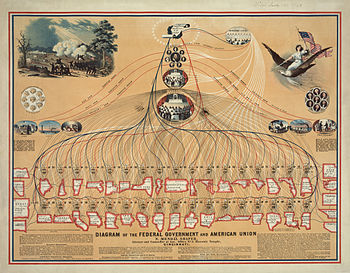 The second worst thing about federal government “shutdowns” is that they’re almost entirely meaningless theatrical productions — tales told by idiots, full of sound and fury, signifying nothing — from beginning to end.

The worst thing about such “shutdowns” is that they end, usually in a way that undoes most of what little good they accomplished in the first place.

I’m writing this on the first (and for all I know, the last) morning of the latest such “shutdown.” It comes after a fight over a temporary spending bill that, had it passed, would have given congressional Republicans and Democrats a few more weeks to fight over spending in the longer term.

Maybe this “shutdown” will last a day. Maybe it will last a week. I’m guessing it will be a short one. Unlike some, it’s not based on a conflict between a Congress of one party  and a president of the other party, but rather simply on the inability of Mitch McConnell to whip a few Republican Senators into line.

The real effects of the “shutdown,” such as they are, will kick in Monday when “non-essential” federal government activities stop happening and the government workers associated with those activities go home on (supposedly) unpaid furlough.

Some government inspectors will temporarily stop descending on factories and other workplaces to tick off boxes on forms.

The National Park Service will hang up “closed” signs at gatehouses around the country.

About half of the 800,000 civilian workers at the Pentagon will stop pushing the paper that moves money from your bank accounts to the bottom lines of Boeing and Lockheed Martin. Some of those who do keep working won’t be paid until the curtain falls on this particular performance of the recurring “shutdown” play.

Those effects will end when 51 US Senators pronounce themselves happy enough with the spending deal to flip the switch back to “on,” and a majority of the US House of Representatives quickly agrees that the Senate bill is close enough (for government work) to the one the House already passed.

When it’s over, all those government employees will go back to work. And if history is an indicator, they’ll all get paid for the time they were off. And as usual, few people will ask the big question:

If all those activities that got “shut down” were “non-essential,” why are they government activities in the first place?

The case for government is, usually, that it does things that must be done and that can’t be done by any other organization. Designating an activity “non-essential” is just another way of saying it’s a way of wasting money on something either unnecessary or better left to the market.

This, too, shall pass. Unfortunately.

3 Responses to “The Worst Thing About Federal Government “Shutdowns””