by Naja and Arnaud Girard….

The controversy over police use of tasers in Key West and Monroe County has recently received a lot of attention. The results of separate investigations in two high-profile taser cases in the Keys have just been announced.

Four months ago we published cellphone video showing an unidentified man who’d been tased on US 1 just north of Key Largo. After the clip went viral, the DMV’s Office of the Inspector General conducted an investigation. A review of footage from two additional video cameras, led the Inspector General’s office to issue a finding that the repeated use of tasers in that case constituted excessive force.

And then there is the case of a catastrophic taser injury in Key West resulting from a 2011 incident on Duval Street.  This week The Citizen Review Board discussed whether Officer Mark Siracuse, who had tased Matthew Murphy that night had used excessive force.

Matthew’s fiancé Marie Annulese had complained to the CRB that officer Siracuse had not announced himself and had shot Matthew without any warning. Matthew remains in a Jacksonville hospital in a vegetative state after suffering a brain hemorrhage.    His family has filed a federal lawsuit against the officer and the City.

After some discussion, and an admonition from KWPD Chief of Internal Affairs, Joe Tripp, who told the Board they had no business deciding cases of excessive force without having intimate knowledge of the case law that applies, the CRB exonerated the officer in a 4 to 2 vote [with board members Tom Milone and Joe Pais dissenting].

To view the video of the CRB meeting click here.

For all Blue Paper coverage regarding the tasing of Matthew Murphy click here. 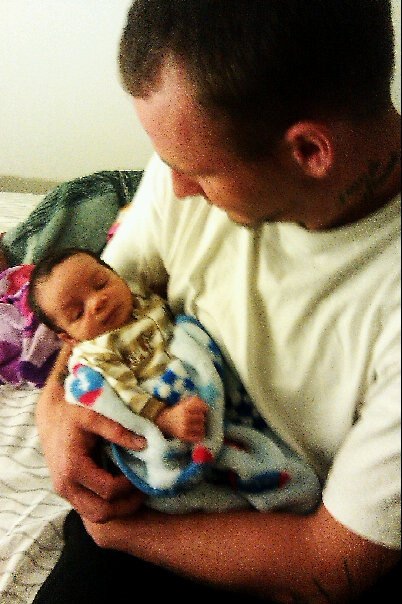 Matthew and Kaeden, just a few months prior to the incident

18 Responses to “To Tase or Not To Tase: CRB Exonerates Officer Responsible For Catastrophic Tasing of Matthew Murphy”