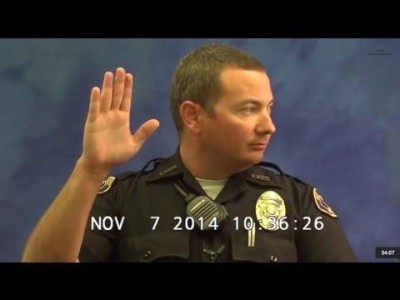 Police responded to the call at 10:40 p.m. when Jones called and complained that Galbo had thrown her over his shoulder to the ground and held her pinned during an argument. According to the victim, an argument escalated to the point where she threatened to leave and Galbo tried to stop her. She said she was able to escape the hold he had on her and ran out of the apartment. Jones stated she hid behind some bushes while she watched Galbo circling the area with his vehicle. She contacted a friend who came to pick her up and she called the police from her friend’s house. After taking her report, officers asked Galbo to come to the police department where he gave his statement and was arrested.

Galbo has been placed on unpaid administrative leave pending the resolution of the criminal case and an internal affairs investigation.  Chief Donie Lee told Bill Becker on US 1 radio that if Galbo is convicted of domestic battery he will likely no longer be eligible for employment as a police officer.

Galbo is the Key West police officer who testified that he had not seen any sand or blood on Charles Eimers’ face even though he’d been standing within inches of Charles Eimers when officers turned him over on Thanksgiving morning 2013.   Eimers had died in-custody after an altercation with police on South Beach at the foot of Duval. Galbo was one of over a dozen officers involved in the incident.  Galbo’s testimony was contradicted when a bystander video [below] surfaced. The FDLE, State Attorney, and KWPD internal affairs cleared all officers from accusations of criminal wrongdoing despite the fact that one officer had admitted to killing the man while unintentionally recording himself talking about the incident. [“Well, we killed him.”, “Me, I dropped like a f***king bomb on his head.”, It was an “in-custody murder”]

The family of Charles Eimers settled their civil lawsuit for $900,000.

Here is the bystander video that attorneys for the Eimers family obtained after Galbo’s deposition:

For all Blue Paper coverage of the in-custody death of Charles Eimers click here.