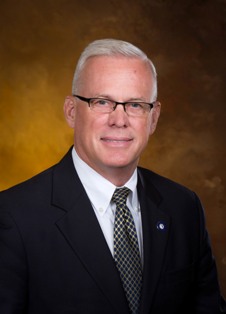 “Recently there have been several news stories regarding the HOB daycare program that was initiated in 2014-2015. I would like to offer the following points of factual clarification and personal responsibility for this unfortunate situation. This is intended as a public communication and can/should be used by media representatives and the School Board in whole or in part as deemed appropriate.

During my time as Superintendent of the Monroe County Schools I have been guided by many principles of effective leadership, two of which relate directly to the daycare situation at Horace O’Bryant School. First, I have always tried to look forward and find solutions to problems, and there have been many, rather than looking back and seeking to affix blame. Though I do believe in the value of lessons learned from the past. Second, I have always tried to put the interests of the School District ahead of individuals in making decisions. Not that I am unaware of the personal impact of the decisions I make, but believe that my primary accountability is to the organization I serve. In addressing the daycare situation at Horace O’Bryant School both of these principles were followed, with questionable results, but not with the intent of a cover-up. I am responsible for the decisions that were made and the results that have followed.

From a factual/timeline perspective, let me offer the following brief summary;

I was presented with the results of both the MCSD Finance Department inquiry and the audit conducted by King & Walker. The question to be answered was “what next?” Would it be appropriate and effective to refer this matter to the State Attorney’s Office and/or to law enforcement?

Following the initial MCSD Finance Department efforts all involved personnel had been re-trained in proper cash management procedures and the receipt, collection, transfer and deposit issues were resolved. The problem had been solved and the books were balanced. Based on the unproductive results of two financial inquiries (with regard to placing blame or fault) I was not confident a third inquiry by law enforcement or the State Attorney’s Office would bring forward a different result. It was my decision in May, 2015 to not refer this matter to the State Attorney’s Office at that time. A decision that has legitimately come into question by others and myself today. It should also be noted that within a couple of weeks after receiving the report from King & Walker the building principal did recommend non- renewal of the Daycare Manager.

With regard to lack of timely and complete communication to the School Board this again is an issue for which I am solely accountable. This was an act of omission, not an act of commission to effectuate a cover up. A purported cover up would never have entailed the amount of time and effort that was put in trying to identify and resolve the problem, nor would the issue have been willingly revealed to the State Auditor. I communicate a great deal of information to the School Board on a weekly basis and should have included an update to the School Board in May, 2015 when both reports were available. I failed to do so and have personally apologized to each School Board member for this omission on my part. School Board members are 100% correct, they should not receive news about the Monroe County Schools through the media.

I regret that anything I have done or have failed to do has reflected poorly on the Monroe County Schools. I feel that many needed and necessary improvements have been made over the past 3 ½ years. Together, the School Board, Superintendent, district/building leadership and most importantly our hard-working employees have overcome many significant challenges to restore the public trust and confidence in the Monroe County Schools. I will do my best to see that this pattern of improvement continues as we still have a long way to go and I will learn from incidents such as this that occur along the way to improve my ability to effectively lead the Monroe County Schools.

9 thoughts on “Superintendent Porter Explains His Handling of Unaccounted for $20,000 in HOB Daycare Program Funds”