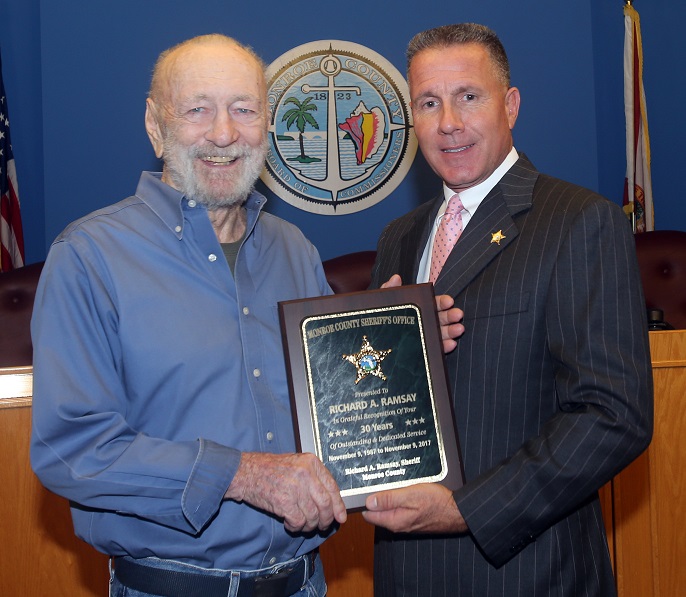 Sheriff Rick Ramsay received a plaque in recognition of his 30 years of service to the Monroe County Sheriff’s Office at an employee awards ceremony on Friday. Former Sheriff Rick Roth presented the award.

Sheriff Ramsay began his career with the Sheriff’s Office upon graduation from the Florida Keys Institute of Criminal Justice Law Enforcement Academy in November of 1987. He has worked in almost every area of the Sheriff’s Office since then, including patrol, investigations, special operations and corrections. He ran for Sheriff and was elected in 2012.