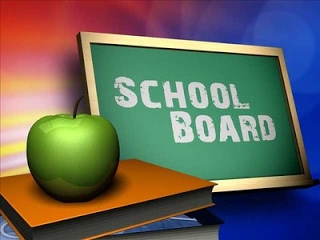 NOT TO SPEAK IS TO SPEAK, NOT TO ACT IS TO ACT

We wondered this week just how the Monroe County School Board was going to justify the rehiring of a disgraced employee, twice embroiled in school district financial scandals.

While the board did approve the $105,000 a year salary for Mike Henriquez in his new, specially tailored, Director’s job, they simply made sure, during the public meeting, to never once utter his name. This is how the board, in charge of a 163.7 million dollar budget, dances around an embarrassing truth.

In early 2009, a 43-page document began to circulate in Monroe County School District offices. It was a detailed account of potential fraudulent purchases made by the then Superintendent of School’s wife:  Monique Acevedo.

Monique was working under the direct supervision of Mike Henriquez. By the time the sound of scandal reached its peak in the public forum, Monique was accused of having embezzled over $400,000. She went away, sentenced to 8 years in prison, followed by 22 years of probation, and was ordered to begin paying off $413,000 in restitution upon her release.

Mike Henriquez had signed off on Monique’s School District P-card purchases: hundreds of thousands of taxpayer dollars were spent on airline tickets, clothing, furniture, groceries, sportswear, cosmetics, a chandelier, men’s designer suits, and more, all while employed as the District’s Adult Education Coordinator.

Monique and Henriquez were also involved in administering another program when Monique first acquired her taste for embezzlement: Even Start.  It was supposed to help the children of Monroe County’s poorest families.  As it turns out its files were mostly populated by “ghost” children:  In spite of spending more than $250,000 in federal grant money, Even Start never signed up more than 7 families. Records showed that no more than one visit was made to clients, only one family actually qualified, and a performance audit showed that no adults or children had been involved in the program in any way.

Henriquez angrily defended himself at the time, claiming that he’d been the one to end the program when he realized Even Start was not producing any results.  However, according to reports the spending spree didn’t stop, even after the program was officially declared a failure. Precisely what had happened to the $250,000 in federal grant funds supervised by Mr. Henriquez was never addressed – not even during the Acevedo prosecution.

One would think the experience would have turned Mike Henriquez into the most cautious of administrators when it came to public funds.  Last year, however, nearly $22,000 went missing from the daycare program under his supervision at HOB.  The State Attorney’s audit revealed the loose method he himself had designed to handle the daycare’s cash revenue:  At the end of the day, the money collected at the daycare center was to be placed in an unlocked drawer in a room accessible by at least a half dozen different people and the entire janitorial staff.

In the drawer the school bookkeeper would find the cash, which she would collect, sometimes at three to four days intervals, and deposit in the bank.  $22,000 went missing.  This time, Mr. Henriquez received a reprimand:  A 5-day suspension without pay.

Superintendent Mark Porter thereafter decided to remove Henriquez from his position as HOB Principal.  This week Mr. Henriquez was rehired as Coordinator of Alternative Education.  If that title sounds like a novelty it’s because it is:  in recent years the associated duties have been folded into other administrators’ jobs.

How was this new position advertised? Is Henriquez the best man for the job?  It’s hard to tell.  Apparently, there is no formal description of the job as yet; there wasn’t one in the back-up documents for this week’s school board meeting. As of press time the School District has not responded to our request for a copy of the District’s hiring procedures.

Mr. Henriquez is the son of “Bookie” Henriquez, the former, 24-year, Superintendent of Monroe County Schools.  His wife and two sisters are also employed by the School District.

Kathy Reitzel, the whistleblower whose 43-page report and subsequent testimony brought down the Acevedos, was fired.  So was the newly hired Director of the HOB Daycare program. The HOB money may not have been missing at all. Her greatest offense may have been to have caused the media to once again expose the financial incompetence of Mr. Henriquez.

Yet, he will now be discretely tucked away in his new $105,000 [plus benefits] a year specially-tailored director’s job.

SEE RELATED: HOB DAYCARE SCANDAL: The Making of a Thief?

SEE RELATED: UPDATE: KATHY REITZEL HAS APPEALED JUDGE JONES’ RULING IN HER UNLAWFUL FIRING CASE. IF SHE WERE STILL ON THE JOB, WOULD SHE HAVE UNCOVERED AND QUICKLY DOCUMENTED ACCOUNTABILITY IN THE HOB FINANCIAL SCANDAL?

Other administrators expected to earn more than $100,000 in the coming year, include:

Below is the list showing all recommended professional and administrative position salaries for 2016-2017 school year. 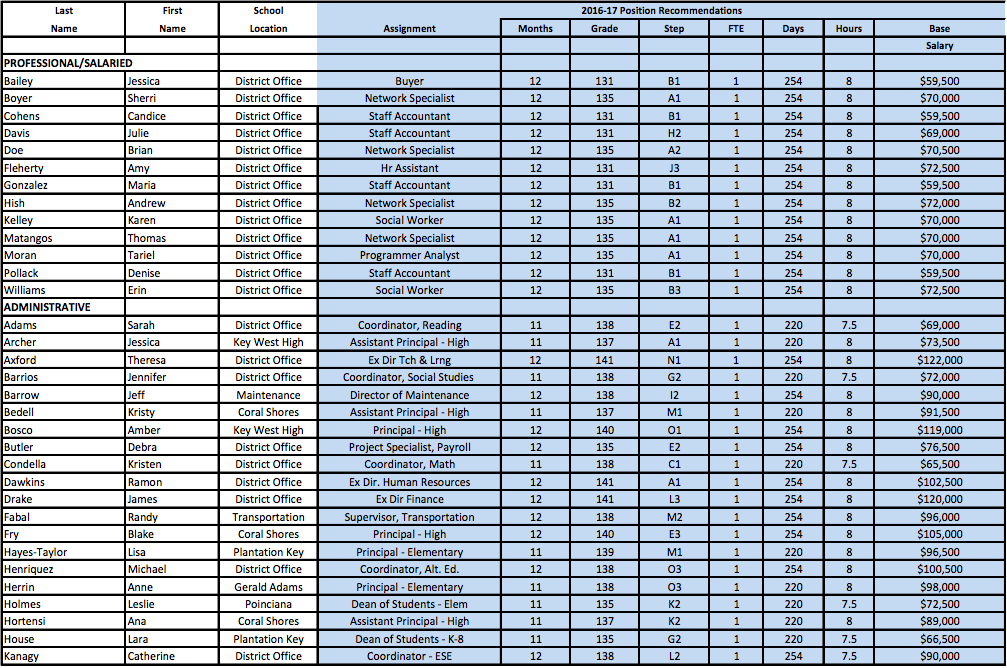 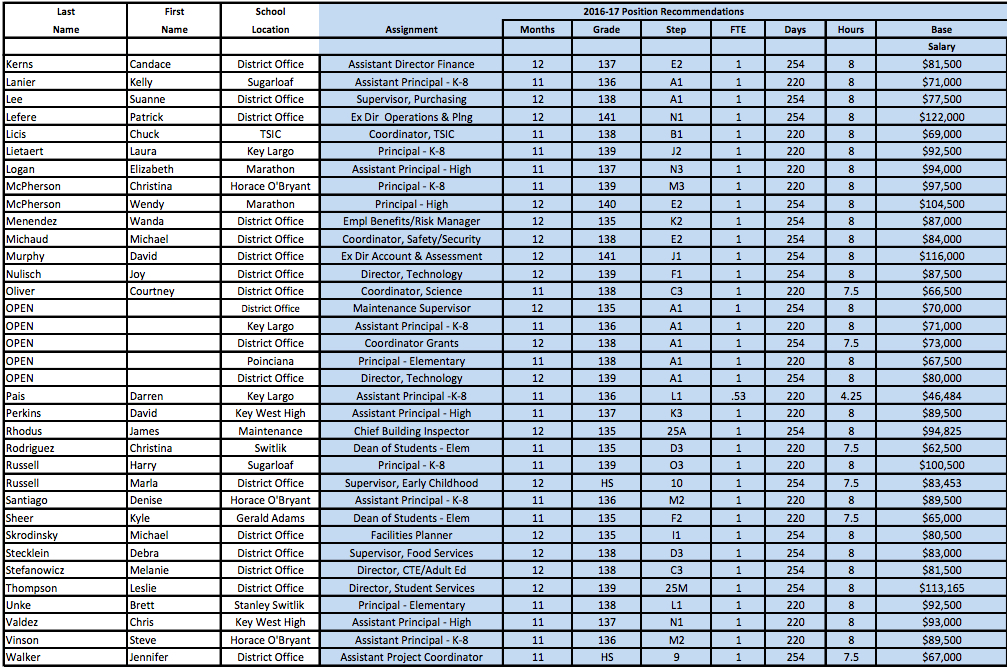