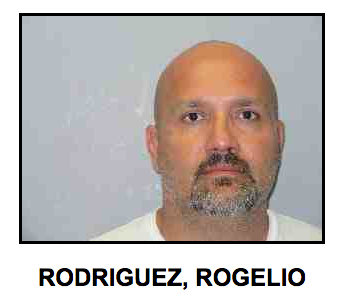 An alert merchant in Key Largo quickly called the Sheriff’s Office after a Hialeah man attempted to use multiple fraudulent credit cards in his store to purchase high end merchandise. That call led to the arrest of the man who is now in jail on 60 felony counts related to the fraud.

The manager of West Marine in Key Largo said 41 year old Rogelio Rodriguez walked into the store at about noon and asked to see one of the most expensive models of Garmin GPS, which they did not have in stock. He then asked for the second most expensive GPS and said he would take it without asking any questions about the device at all. He produced an Ohio driver’s license with the name Jesus Mardonado on it; he then swiped a credit card with the same name, which was declined. He tried six more cards, which were all declined. He then walked out of the store and drove away in a  black 2014 Nissan sport utility vehicle.

The manager called the Sheriff’s Office and reported the suspicious activity, giving a detailed description of the vehicle, which he said was traveling southbound. Sheriff’s deputies and a Florida Highway Patrol trooper spotted the vehicle at the 101 mile marker of the highway and stopped it.

Detectives Bob Dosh and Jacques Rozek responded to the scene to investigate. Rodriguez had a stack of credit cards in his pocket. He gave detectives permission to search his vehicle. Inside, detectives found more counterfeit credit cards. Rodriguez had a total of 25 counterfeit credit cards in his possession. He told detectives he did not want to talk to them about the cards; he said he is a two-time convicted felon and if they asked him any questions, he would just say he “didn’t know.”

NOTE:  The information in this crime reports has been provided by a local law enforcement agency; please remember all suspects depicted in this story are innocent until proven guilty.