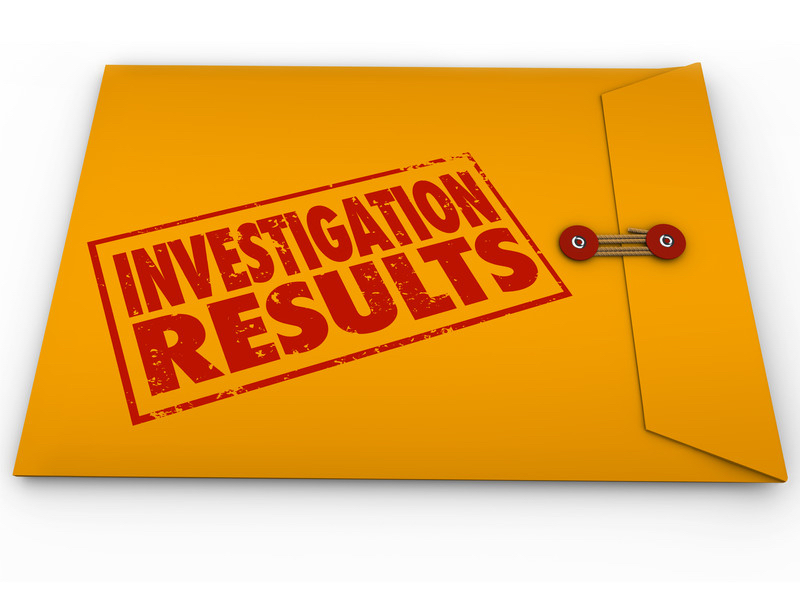 by Naja and Arnaud Girard……..

The investigators of the disappearance of over $21,000 from the HOB daycare program seem to have found a convenient “bad apple.” Thirty-two year old Tina Godfrey was in charge of collecting the money. She didn’t file the proper paperwork, money is missing, and unbelievably enough, it seems “she has done it before.”

In some sort of bizarre Japanese ritual at last Tuesday’s School Board meeting Superintendent Porter stoically reprimanded himself. He gave himself a 5-day suspension for not catching the thief in time, along with two other of his top executives and the HOB bookkeeper who were also reprimanded.

But not everyone in the Keys agrees,

“I would give Tina the keys to my mother’s house in a minute,” says former City Commissioner Tony Yaniz, “Tina Godfrey is not capable of stealing a lollipop.”

The Blue Paper has reviewed four separate investigative reports regarding the missing money. Let’s start with the immediate question: Did Tina Godfrey take the money and if she didn’t, who did?

The stone-faced members of the school board were unanimous in answering the doubts of their lone ranger member, Captain Ed Davidson. Yes, they are all confident that Ms. Godfrey did it and did it alone. She is gone, and the School District is no longer infected and at risk of further plunder. The case against her, if not so clear as to be criminally actionable, is never-the-less compelling.

A year and a half ago Tina was hired by Mike Henriquez, Principal of Horace O’Bryant School, to head the daycare program. He knew at the time she had worked at the Police Athletic League. What he didn’t know was that she’d been discharged after some issues came up about missing money. She immediately showed reluctance to follow proper protocols, Finance Department employees, Pansy Wang and Austin Tran, tried without success to get her to file the proper forms concerning the money she collected on a daily basis. (Each child’s parents had to pay $45 per week for part-time or $85 per week for full-time care.) But the new program began to lose money. After an audit it appeared that the money deposited in the bank was a little over $21,000 short compared to the total amount for the year’s receipts. Where was the money?

The accounting system set up at HOB is worth mentioning: Tina was given a receipt book and a bank bag and every evening she was to put the bag in an drawer that didn’t lock in an office for which at least 6 keys existed and to which perhaps 12 people had access.

Tina explained that the discrepancy between the deposits and the receipts was due to the fact that not all of the kids’ parents were paying for the program. Some were partially or fully subsidized by ELC [Early Learning Coalition, a non-profit]. When an ELC subsidized parent paid only their portion of the fees, she would none-the-less write a receipt for the full amount to establish how much the program was due for each ELC student.

But investigators contest her version of the facts. They say all ELC money was accounted for and that all of the parents interviewed said they were “fairly sure” the receipts they’d gotten from Tina were for the amount they’d paid.

So, is she guilty?

Probably not – because when one takes the time to combine all of the information in the various investigative reports, it is questionable whether the $21,000 was actually missing at all.

There have been four separate investigations, one preliminary audit by the firm, King & Walker, one by the MCSD Finance Department, one by the Monroe County School District with the help of their outside counsel, Vernis & Bowling, and one by the State Attorney’s Office.

In August of 2014, Tina Godfrey came to the School District with little management experience. 74 children attended the after-school daycare program at HOB. Kids would show up 5 days a week and stay there until their parents picked them up in the evening. Parents paid fees for the entire week regardless of attendance, but ELC would only reimburse the program for days that ELC subsidized kids actually attended. This required detailed accounting.

All school personnel interviewed during the investigations confirmed that Tina felt as though she was drowning in her paperwork. She kept asking for help but many in HOB administrative offices resented the extra workload that had been brought by the recent conversion of the school to a K-8. They wouldn’t help out. If a parent went to the central office to pay for their daycare fees they would have Tina come all the way to the office to collect the money.

Without substantiating its conclusion, the District found in its internal investigation that the missing funds were not related to the ELC money.

However, it is hard not to notice that when one adds up all of the ELC payments for the year, the amount matches the so-called “missing funds.” The total ELC payments for the year turned out to be about $24,436. Could it be that the missing $21,000 is just part of the total $24,000 ELC payment? If Tina had kept writing those deferred payment receipts until the end of the school year (she stopped about two months before the close of the school year) would the “missing funds” have totalled approximately $24,000?

The investigators from the State Attorney’s office and the School District claim they are certain Tina was not issuing deferred payment receipts to ELC parents, but Zulema Pradas-Bergnes, the HOB office manager at the time, told investigators that Tina was writing such receipts. Page 10 of the SAO report reads:

“She said Godfrey started several days into the school year and that she (Godfrey) was immediately confused by the required bookkeeping… Often times Godfrey would ask Pradas-Bergnes for clarification concerning deposit procedures. Pradas-Bergnes had to explain to Godfrey several times about writing receipts for ‘what was in-hand’ as opposed to what was due.”

The State Attorney Office’s investigator interviewed many parents who remembered getting receipts for the amount they’d paid, but he makes no mention of specifically trying to interview the ones who really matter: The ELC subsidized parents.

The names of students are confidential, but at $85/week for 37 weeks [180 days plus Christmas break] that $24,436.09 could have represented as small a number as 8 children. The investigators make no mention of having specifically reviewed the receipts in possession of ELC parents. Were those receipts made out for the full amount as claimed by Tina Godfrey?

Finally, the “she’s done it before” claim doesn’t add up either. The record shows there was indeed an issue at PAL about missing money. Godfrey’s co-worker was fired on the spot but Godfrey was kept on and after she was dismissed at the end of the season, PAL wrote her a letter of recommendation.

So, who came up with the money in the overnight unlocked drawer plan?

“Ms. Barber indicated that she was told by the Principal [Mike Henriquez] that the daycare staff would be responsible for tracking the funds and would leave the funds for deposit in Ms. Barber’s drawer for deposit the next day.”

The same Mike Henriquez who was the supervisor of Monique Acevedo when she was busy embezzling over $400,000 from the School District, which landed her 8 years in prison. [Her husband, Randy Acevedo, Superintendent of Schools at the time, received 3-years probation for official misconduct in covering up his wife’s theft.]

On March 15th the School District hopes Monroe County voters will support a referendum renewing the “half-mil” tax, which represents over $11 Million for school operations; a proposal brought beneath the cloud of another possible financial scandal — Did the School District overreact in throwing Tina Godfrey under the bus?

“She’s just someone who is great with little kids,” says Yaniz, “that’s what she loves.”

Maybe she is just terrible at paperwork. In the end, even State Attorney’s Office Chief Investigator, Chris Weber, was not so sure Tina was lying,

“Investigators closely observed Godfrey’s demeanor during this interview. She appeared calm, measured, and exhibited no signs of deception, even when confronted about the missing money and the various inadequacies of her explanations.

7 Responses to “HOB DAYCARE SCANDAL: The Making of a Thief?”