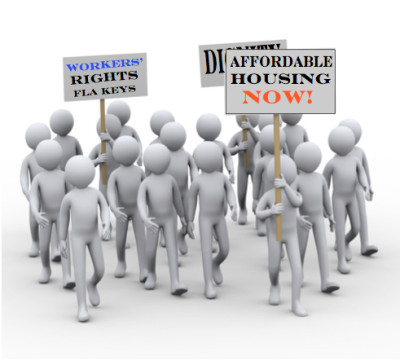 A one-room efficiency for $1,836/month, a one-bedroom for $2,097, a two-bedroom for $2,358. Those are the “affordable” rates that will prevail for the rental of 70% of the 213 affordable residential units the County Commission has approved for a Big Coppitt Key waterfront development project. Those rents are defined in the code as “moderate-income affordable.”

According to Barton Smith, an attorney for developers Frank and Edward Toppino, the project is simply not feasible unless the developers serve the people in the moderate-income affordable category.  Unfortunately, the proformas that back up that statement were not shared with either the Commissioners or the general public.

The starting salary for a Monroe County school teacher can be as low as $45,300 a year. For local law enforcement it’s around $47,000. Under federal HUD [Housing and Urban Development] guidelines, workers, like those teachers, police officers, and other local government employees, are excessively cost burdened when rents are over $2000 a month.  They should be paying 30% of their salaries – for a new teacher that would be around $1,100/month.

Speaker after speaker at last Wednesday’s Board of County Commissioners meeting in Key West told the story of losing employees who had come to the Keys, had good jobs and great expectations but who had to leave after just a few months due to the high cost of rent.  No question – everyone agrees – we have an affordable workforce housing crisis on our hands.

The affordable workforce housing issue could soon become especially dire on Big Coppitt Key.   The County is in the process of changing land use regulations on nearby Rockland Key to allow for big box stores, possibly a Walmart, to open on US 1. Walmart recently raised its employee wages nationwide to $9.00/hour; two-thirds of Walmart’s employees made less than $25,000 last year.

A review of the new zoning code that will allow the Big Coppitt affordable housing development to occur is perplexing. The new zoning is called “Mixed Use Commercial” – the most coveted category in the code. In this case the MU zone has been specially tailored just for this project and a list of prohibited uses aimed at diminishing the negative impacts on the adjacent neighborhood have been added. Transient rentals and non-residential uses are prohibited. The list initially included the words “no new marinas,” but that language was removed and a provision allowing for “accessory uses to the residential development” was added.

It appears there may be very little, if anything, that would keep the developers from adding docks as “accessory uses.” Could they end up with a development similar to Sunset Marina, or Pritam Singh’s development at Oceanside, both on Stock Island?

Nothing in the new zoning code compels the developers to offer the units for rent.  The County does have an affordable housing sub-category called “employee housing” that requires tenants (or purchasers) to be persons who are earning at least 70% of their income in Monroe County – but that requirement didn’t make its way into the new zoning law that governs this project. Legally, any of the units, including the other 30% that will be very low-income to median-income range, could be rented or sold to snowbirds or others who do not participate in the workforce, as long as they meet the income level requirements. The current sale price for an moderate-income affordable unit, under the County’s current rates, can be as high as $528,300. 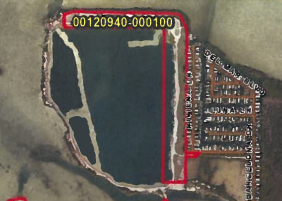 In the end the County will have authorized the development of an enormous shopping center and an [up to] 213 unit housing project that Big Coppitt residents say will turn their sleepy little waterfront neighborhood into an area with “quadruple” the density it once enjoyed.

Will this new development become a hot spot for wintering retirees? Will it be turned into condos with waterfront “accessory” docks and other structures such as a clubhouse/restaurant, and will the units, in fact, not be rented at all, whether low, median, or moderate-income – but rather sold?

So far, the pattern in Monroe County has been for private developers to sell the new residential units they build, not rent them.

The County has only 710 affordable housing ROGO units to allocate – and the state says that’ll be it -– forever – due to hurricane evacuation requirements. It seems that developers are now gobbling them up, building a lot of “moderate-income affordable” units which are, in fact, not affordable for most of the workforce and very few low and median-income units that would truly help to alleviate the current workforce housing crisis.

“Other developers are also going to want a high amount of moderate,” said Commissioner Sylvia Murphy, who along with the rest of the Commissioners, after 3 hours of debate, ultimately voted to allow the zoning change last Wednesday. “Stop and think,” she said, “We will have no more affordable housing allocations and yet we will have gained very little truly affordable housing. Moderate[-income] housing is not truly affordable.”

Help us continue to bring you local investigative journalism..

29 thoughts on “Monroe County: “Affordable” Housing for the Rich”