A man was arrested after taking a backhoe for a dangerous joyride on the Seven Mile Bridge. Monroe County Sheriff’s Department spokeswoman Becky Herrin reports the Seven Mile Bridge was closed to traffic for over three hours early today (Tuesday February 16, 2016) after a man dumped boulders on the roadway with a backhoe at the north end of the bridge. He then took the backhoe for a ride, traveling back and forth on the bridge for an hour and a half. 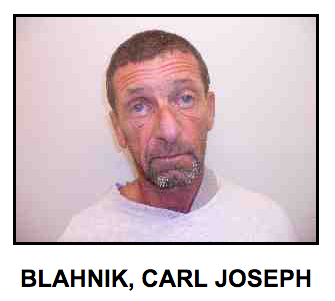 59 year old Carl Blahnik reportedly damaged the roadway and the sides of the bridge with the backhoe as he recklessly traveled first southbound, then northbound changing directions several times. Deputies following him with lights and sirens had to also reverse directions several times to avoid being struck by the backhoe. One deputy’s patrol vehicle was damaged during the pursuit. Deputies finally left the bridge for their own safety, also making sure all other vehicles exited the bridge as well.

Finally, at about 1:20 a.m., Blahnik reportedly drove off the north end of the bridge and waiting deputies threw Stinger Spike strips in front of the backhoe puncturing its tires. The vehicle came to a rest and Blahnik was arrested. He complained of pain in his shoulder and trouble breathing and was taken to Fishermen’s Hospital before being taken to jail.

It took more than an hour and a half to clean the roadway of debris with the assistance of Florida Highway Patrol and make sure the bridge was safe. Traffic was finally allowed to resume just after 3 a.m.

Blahnik was charged with reckless driving, fleeing and eluding police, digging up or any way disturbing any street or highway (FL. Statute 316.2035.3), failing to register a motor vehicle and grand theft of a vehicle.

Blahnik was carrying a Wisconsin identification card at the time of his arrest, but an encounter deputies had with him Monday morning revealed he is possibly homeless and staying in a wooded area near Coco Plum Beach. It is believed the backhoe may have been taken from a construction site at Marathon City Park.