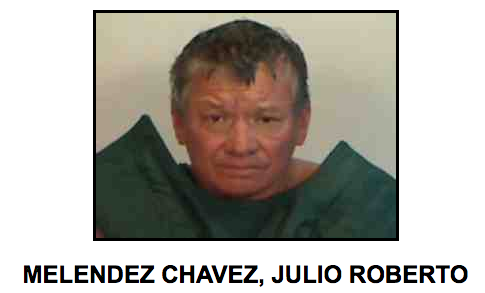 The victim told detectives from the Sheriff’s Major Crimes Unit she was sitting in front of K-Mart in Marathon at 2 p.m. on January 3rd when the suspect, 53 year old Julio Melendez, pulled up in his gold colored GMC pickup truck. She said she decided to go for a ride with him and that after they got cigarettes and alcohol they went back to his travel trailer where they had consensual sex.

During their encounter, she states, she became unwilling to continue having sex with him and told him to stop. She states he failed to stop and continued against her will.  She said he held her in his trailer against her will for approximately 13 hours.

The victim told sheriff’s deputies they finally left the travel trailer in Melendez’ truck and drove to the shopping center parking lot at 55th Street in Marathon. In the parking lot, he sideswiped a man’s vehicle. The man told detectives he saw the victim inside the truck yelling for help. He said he intervened and told the victim to get into his vehicle. Melendez then reportedly sped off in his truck and the witness told the bartender in the Brass Monkey lounge what had happened.

Sgt. Joel Slough recognized the description of the suspect and his vehicle from previous law enforcement encounters. The victim identified the suspect in a photo line-up and a warrant was issued for his arrest.

Melendez was arrested on Thursday and was booked into jail on charges of sexual battery. Bond is set at $150,000.

One Response to “Marathon Man Arrested for Sexual Battery”