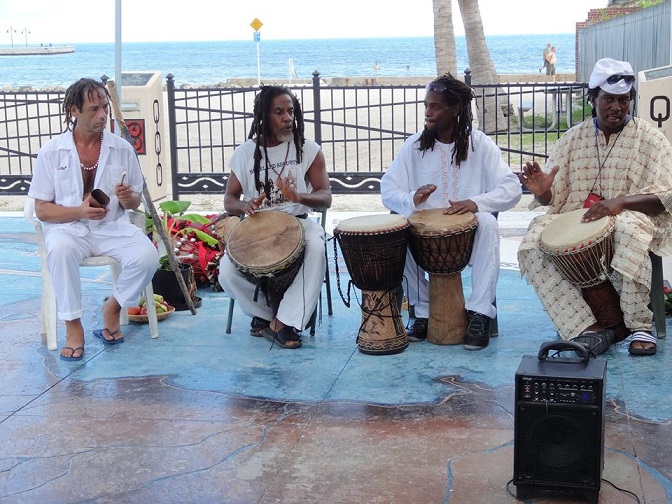 A Key West tradition of the new millennium continues on Sunday, August 20, 2017, from 6:00 to 8:00 p.m., with the Annual Observance of the International Day for the Remembrance of the Slave Trade and of its Abolition, at the Key West African Cemetery memorial monument on Atlantic Boulevard, just west of White Street and adjacent to the West Martello Tower brick fort at Higgs Beach in Key West, Florida.

In Key West, the global observance specifically honors the memory of the 295 refugees, mostly youngsters, buried at the African Cemetery site in 1860, having never recovered from their sufferings incurred during the ocean crossing, even after the care they received in the southernmost city, where they had been brought among a total of 1,432 captives rescued by U.S. Navy steamships from three illegal American-owned slave ships bound for Cuba, and where they were welcomed, housed and provided for by the U.S. Marshal and local residents during their twelve weeks of detention while awaiting being returned to Africa, a circumstance which drew national attention and press coverage, and significantly heightened the debate that would make Civil War inevitable.

The bigger story here is the International Days at the site add to the “case to be made” for the Key West African Cemetery to be considered for UNESCO (United Nations Educational, Scientific and Cultural Organization) World Heritage Site designation (which is highly competitive, and political) or, more likely, official recognition by the UNESCO Slave Route Project.

According to Wikipedia, UNESCO is a specialized agency of the United Nations based in Paris. Its declared purpose is to contribute to peace and security by promoting international collaboration through educational, scientific, and cultural reforms in order to increase universal respect for justice, the rule of law, and human rights along with fundamental freedom proclaimed in the United Nations Charter. www.unesco.org 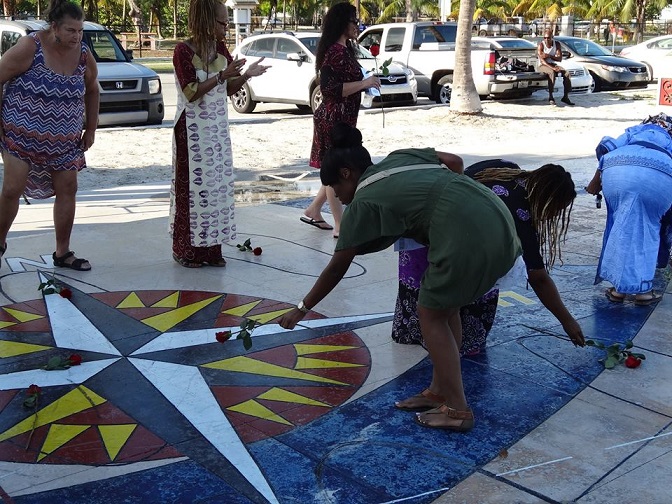 A World Heritage Site is a landmark or area which has been officially recognized by the United Nations. Sites are selected on the basis of having cultural, historical, and scientific or some other form of significance, and they are legally protected by international treaties. UNESCO regards these sites as being important to the collective interests of humanity.

The Key West site is unique, being among the rare few on the planet where Africans rescued from slave ships, but who were never sold into slavery, were buried. Given the way that UNESCO likes to recognize sites that are linked to other sites with similar or related stories, some recognition of the global significance of the KW cemetery may be possible. This is huge for wouldn’t it be great if Key West was also internationally known for its cultural contributions to the WORLD than just a place to come, get drunk, get naked and act out your wild fantasies?

I learned from the organizer and lead designer of the artwork at the memorial, Elder Dinizulu Gene Tinnie, “The Cemetery is already listed on the National Register of Historic Places (and might possibly have an opportunity to be “upgraded” to National Historic Landmark), and has an official State Historical Marker.  In addition to its importance in itself, it represents a significant Cultural Heritage Tourism asset for a community with an economy that is something like 97% dependent on tourism.  We need to get that precious site noted on all tourist maps and in tourist guide books, as well as in the scripted comments that the Conch Train and Trolley Tours drivers share.” 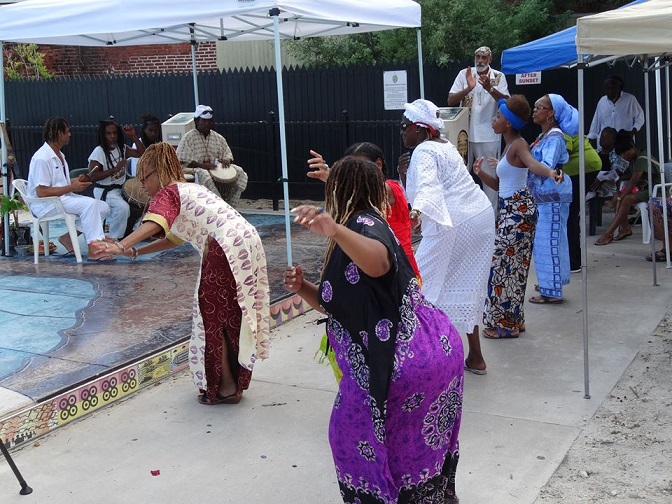 I have often gone and parked in front of the cemetery to have lunch, to calm down after seeing a racially charged movie at the Tropic, to pray or just to be quiet and reflect and one day a trolley drove up, stopped and I heard the narrative of the driver tell the story of the site and ended it by saying, “Let us pause for a moment of silence for the 295 Africans that are buried here at Higgs Beach.” I cried for it was true reverence.

This was much different from the other narrative I’ve heard, where the driver would raise his finger and point people to the Dog Park while driving by and talking about that, basically ignoring the cemetery. I don’t know if all drivers do that, but that day, that driver did. I bring water to pour in remembrance of the young people buried there. It’s a sacred space.

Admission to the Remembrance is free and open to the public, who are invited, but not required, to bring offerings of flowers.