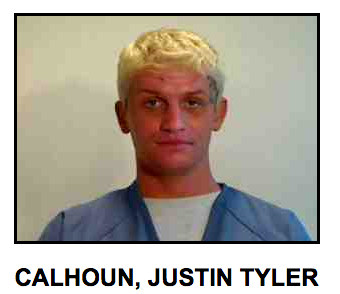 The victim has been identified as Mark Brann, 67, of Key West. Justin Calhoun, 24, has been arrested for the attack.

Police and rescue were called to the 1200 block of 12th Street at 3:25 a.m. on August 14th following a violent domestic disturbance. They found Brann, who had been stabbed in the face and severely beaten on the head.

The suspect, Calhoun, fled the scene. Police pursued him and eventually apprehended him nearby. Calhoun later admitted to the attack and was arrested for attempted 2nd degree murder.

Calhoun told KWPD officer Jeffrey Dean a fight broke out between the two after Calhoun accused Brann of being involved in “cannibalism”.

Brann was flown to Ryder Trauma Center in critical condition. Brann is the owner of A&M Rentals Key West, a scooter and electric vehicle rental company in Key West.

Calhoun is also charged with stealing over $10,000 in cash from Brann’s home after the attack.