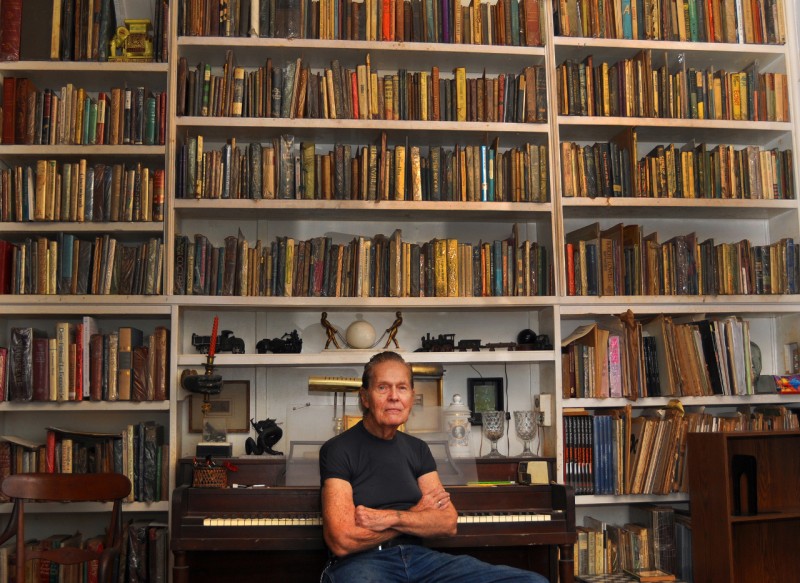 On glancing through the first production from the poetry group, Decimos, I was delighted with the Spanish title because this reviewer took three years of Latin in high school voluntarily. There is so much meaning beyond all those declensions! In a world of sports, competition and success Latin gave me something cultural outside of adolescence that was, for me, a beacon.

When I read the biographies at the end of this collection I thought, “Well, gee, maybe we’re going somewhere. We’ve got adults here.” The production of any magazine is, in itself, admirable. When I despaired of being able to keep my own periodical alive a Professor Emeritus of English from Long Island University advised me, “To survive beyond that first issue is a literary accomplishment by itself.” I remarked to an editor of Decimos that his first issue struck me as quite attractive, having reviewed poetry books for twenty-five years for The Small Press Review. This fact is always interesting but not a necessity. But it does mean we have a literary group here in Key West that knows what it’s doing, where, why and how and is getting it done.

When I was shown the second edition of Decimos I saw that familiar contributors still had something to say. An early poem by Rosalind Brackenbury is tattooed on my mind. In it she waves goodbye to family, scrooched up in the rearview window of a car, doing the same thing. The ache of the separation has stuck by me. In Decimos she points up the strange mystique of looking back on what had been her future, suggesting how difficut it is to balance one reality against the other. Prose doesn’t handle such perspectives quite as well as poetry does. Roz knows this even though her public relies on her being a novelist.

This same situation in a different context is established in the last line of Flower Conroy’s poem, I am the Medusa. That line is as conclusive as it is thoughtfully provocative. Poetry can do that. She simply asks, “Who was I anymore?” How often we ask that on so many levels!

Dear reader, there is a new dimension in the name and the place of Key West. I know these guys are going to hold on to it. This is a new generation in a new century. Now, where were you all when I needed you in mine?

One Response to “Decimos (We Say)”