According to neighbors there were fireworks, sometimes two bands at a time, and roaring parties with hundreds of people. Key Largo Lighthouse Beach in Pirate’s Cove was making a killing in the new trend: holding destination weddings in private Florida Keys’ residences.

And it looked like smooth sailing for the wedding business – until this past February that is. It was all going to stop after neighbors complained about the incessant ruckus.

Blue Paper reporters had written about it in late July 2017 and less than a month later at their August 16th meeting, County Commissioners promised to get a handle on the new neighborhood “plague” and bring peace back to Keys’ residents.

“Since 2014, over 200 weddings have taken place at the [Key Largo Lighthouse Beach] wedding venues. Currently, there are parties 4 to 5 times per week. Thus, the duration of the noise experienced by residents in the area is not only 4 to 6 hours per day at prime time (sunset and evening) of each event, but also, a life sentence to disturbing noise,” wrote one neighbor in an April 25, 2018 letter to Assistant County Attorney Steve Williams.

Judy from Omaha, Nebraska told The Blue Paper she’s been coming to the Keys since 1987 for the peace and quiet. But on a trip this past March, the noise destroyed the ambiance. She was celebrating a milestone birthday with her sister out on the porch when the sound from a Lighthouse Beach wedding forced them back inside.

“You could hear the name of the bride and groom announced clearly and every word the DJ said from about two miles away. Noise carries over water,” she said. “Once we were inside,” Judy added, “you could still hear the music through the hurricane-proof doors, and this went on every single night for the five or six nights that I was there. It was very disturbing.” 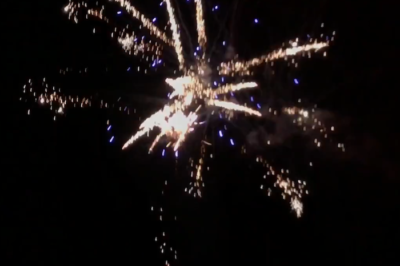 “These fireworks are better than the ones Key Largo does. It really affects the birds on the nearby islands,” said Steve Mullholand, who captured one of the displays on video. “You can hear dogs going crazy.”

Some Residents Point Out the Importance of Jobs

In separate letters to the County Attorney’s office, several neighbors claimed that the noise was not an issue and pointed out that the venue created jobs.

Jeanne Harstad stated, “They [Lighthouse Beach] go to great lengths to maintain a private fun setting for their guests that does not intrude on the neighborhood. In addition, the result of this property’s business has created many, many jobs for people throughout Key Largo and Tavernier.”

Erin King wrote, “The music always stops at 10 p.m. I have numerous acquaintances who work for this wedding venue. I don’t think we should be limiting employment opportunities for workers in the Upper Keys.”

County records show that on February 23, 2018 Code Compliance did open a case against the owners of the Key Largo Lighthouse Beach. They brought charges including operating a commercial wedding venue in a prohibited residential zone, operating without a special vacation rental permit and vacation rental manager’s license and disturbing noise.

But the Lighthouse Beach property earns millions each year [$3 million gross revenue in 2017]. They hired a lawyer and it seems that the County’s case has since evaporated.

But let’s back-track a bit, to even before there was a Key Largo Lighthouse Beach.

The owners are David and Mariana McGraw. This is not their first code case stemming from charges of un-permitted commercial weddings in a quiet residential neighborhood. Back in 2013 they created a destination wedding company called, Sunset Beach Weddings Inc. The company booked weddings for several properties: A property they themselves owned at 101 Oleander Circle, and 2 Thurmond Street among them.

On June 18, 2013, after neighbors complained about disturbing noise associated with weddings, Code Compliance opened a case against the McGraws for unlawful use of their Oleander Circle property. The case dragged on for months with no hearing – in part because code compliance conducted property inspections during the week, but neighbors kept complaining about weddings on weekends. As the evidence piled up and the day of reckoning approached, the McGraws sold the property.  The case was closed when the new owners promised they weren’t going to use it for any commercial activity.

On the same day [September 18, 2014] that the McGraws sold the Oleander Circle property they purchased 2 Thurmond Street [now called Lighthouse Beach’s “Coral Beach”]. Wedding operations at 2 Thurmond not only continued, but flourished. On May 3, 2016, the McGraws purchased the adjacent property at 98990 Overseas Highway, turning it into a second wedding venue [“Hidden Beach”] for its Key Largo Lighthouse Beach destination wedding business. Brides gushed in reviews about the luxurious accommodations their guests could stay in, perched just a few sandy steps away from their private ceremony and reception.

In February of 2014, while the McGraws were booking weddings there via their Sunset Beach Weddings business [but before they purchased six months later] Code Compliance received complaints about loud weddings at 2 Thurmond Street. The code case cited two violations: operating a vacation rental without a manager’s license, and operating a vacation rental without a permit. Code Compliance inspectors also noted that the use as a wedding venue “should be addressed as it is commercial use.”

It never was. It was eventually determined that the McGraws were in compliance with vacation rental licensing through an exemption loophole reserved for gated communities with a homeowners association. The case was closed on May 15, 2015, with no mention of the commercial wedding venue violations.

The Hearing on the Current Cases Against Key Largo Lighthouse Beach 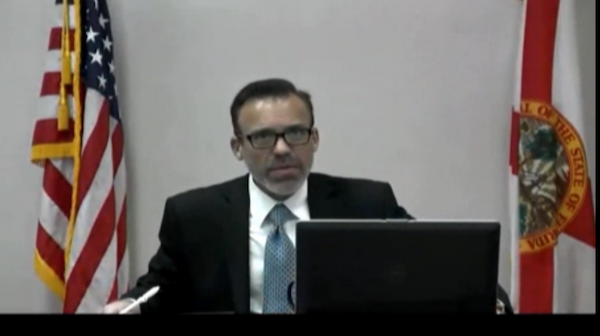 On April 26, 2018, Code Compliance brought the current cases before the Special Magistrate. [Each of the Lighthouse Beach properties was cited separately.]

The McGraws’ case was not the only one heard that day. Many offenders of transient rental laws walked away with hefty fines.

Enrique Piwko, who was caught renting vacation rentals via VRBO for his property on Atlantic Blvd in Key Largo, received a one-time penalty of $15,000 payable in 30 days; plus accumulated penalties in the amount of $200 a day if property is not in compliance by May 17, 2018 and an immediate cease and desist order.

James Schmidt told the Magistrate, “I bought the house in Key Largo about 14 years ago and never rented until 2017. In 2016 I needed a roof on the home and my wife – not gonna blame her but – had a good idea to rent it to recoup some money for the roof so we started renting it in 2017. I rented it – I believe – eight times. I did not know it was a 29-day rental. I really did not know. I know that don’t make it right, but I really want my community leaders to help me out right now ‘cause I need some help.” Schmidt and his wife Donna had already ceased renting to vacationers. They were fined $7,500, payable within 30 days.

But when it was the McGraws’ turn, instead of presenting evidence, the County Attorney, Steve Williams, announced to the Judge that he and the McGraws’ attorney, Russ Yagel, were in the process of signing off on a stipulation agreement.

The county’s attorney told the Magistrate the McGraws would be allowed to continue their [unlawful] operation as a wedding venue for another year. But there could be no fireworks and no new bookings could be added. Williams stressed multiple times that the owners were however, “free to seek whatever planning and zoning modifications necessary to make commercial zoning activity on the grounds lawful.”

The parties told the Magistrate that the stipulation agreement would be brought to him within 15 days, but if the parties couldn’t agree in that period of time then the case would be set for a full hearing.

“We were told to just keep calling the Sheriff’s Office if it got too loud,” a resident (who we’ll call Betty) told us. [Something they’ve been doing since 2014.] Deputies will verify that they are complying. But Betty observes that the deputies are regularly working “private detail” during the Lighthouse Beach weddings, hired and paid by Key Largo Lighthouse Beach.

In a June 7th email to Steven Williams, Yagel, (the McGraws’ attorney) wrote, “Subsequent to our last conversation, we realized that prohibiting the client from taking reservations from April [29], 2018 to April [29], 2019 will have a devastating impact on the business if he is able to obtain the required zoning approvals so as to allow use of the property as a wedding venue by the compliance date or soon thereafter.  Thus, the owner really needs to be able to take reservations during the interim period. If the required approvals are denied, the client will simply have to bear the loss associated with not being able to perform.”

When we called the Lighthouse Beach reservations number this week we were told the property has no open dates this year and next year was already booked through the end of May.

On June 9th, Lighthouse Beach held another fireworks display. Only this time they obtained a County permit. Residents say they have turned the music down, but they are unsure how long it will last.

It’s “Being Worked On” 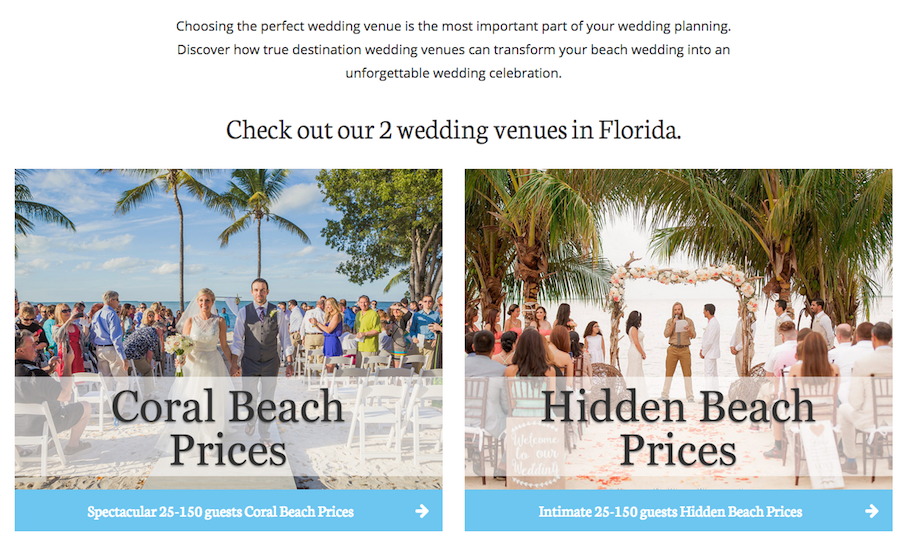 It has been over three months since the hearing. The County tells us [as of July 26th] the stipulation agreement – which was supposed to have a two-week deadline – is still “being worked on.” Despite what the Magistrate was told, the case has not been set for hearing and the wedding clamor keeps filling the air of the neighborhood around Key Largo’s Pirate’s Cove.

In reference to the County’s latest draft of the stipulation agreement Yagel writes to Williams [in a July 12th email] that he now has to check whether his client is “still on board.”

A search through local real estate listings revealed that the Key Largo Lighthouse Beach properties are for sale for a combined price of $15 million, touting record profits of $2.2 Million on properties that are “currently operating as a successful wedding venue.”

“This type of shenanigans hurts us,” said Betty. “It threatens neighborhoods and these issues are making people leave.”

Steve Mullholand  added: “I feel like Monroe County is more concerned about businesses than the people who live here.”

[Note: Some neighbors who are quoted in this article have asked us not to reveal their identities.]

Become a “Patron” by signing up to give monthly support on Patreon by clicking on the orange button below: