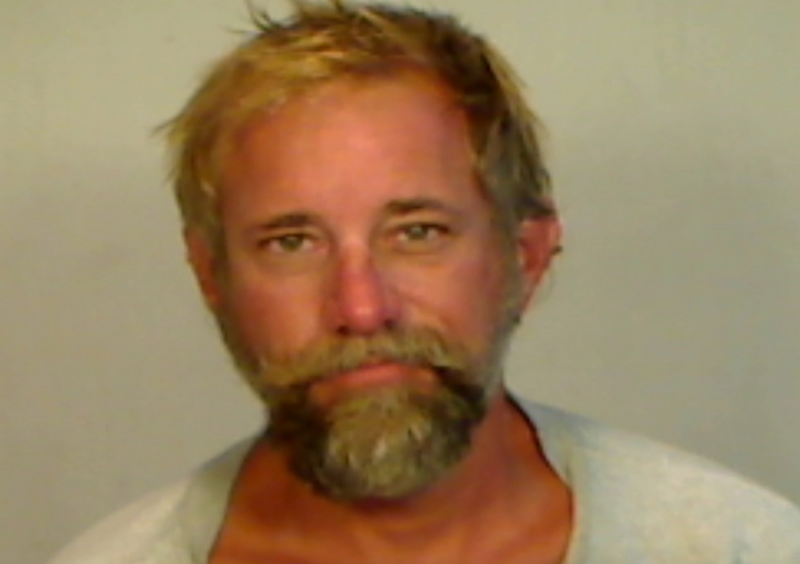 A Key West tour guide was arrested on Wednesday, August 1, for allegedly attacking a man from behind and stabbing him four times. The victim was saved by good samaritan bicyclist who stopped to help.

According to reports, David Lola, 44, and Catherine Scheff were in front of Harpoon Harry’s restaurant when Robert Phillips, who used to date Scheff, allegedly walked by and said, “Really Cathy?” Lola and Phillips got into a verbal argument and Phillips walked across the street to the gym parking lot where he sat down.

At some point, Scheff allegedly told Lola that Phillips (the former boyfriend) had hit her a couple of weeks prior to the incident. Scheff stated to police that Lola took her phone and smashed it on the ground, but gave no reason why he did so. The officers noted in reports that her statements were inconsistent and they believed she had been drinking. She said the two of them went looking for Phillips outside the gym. 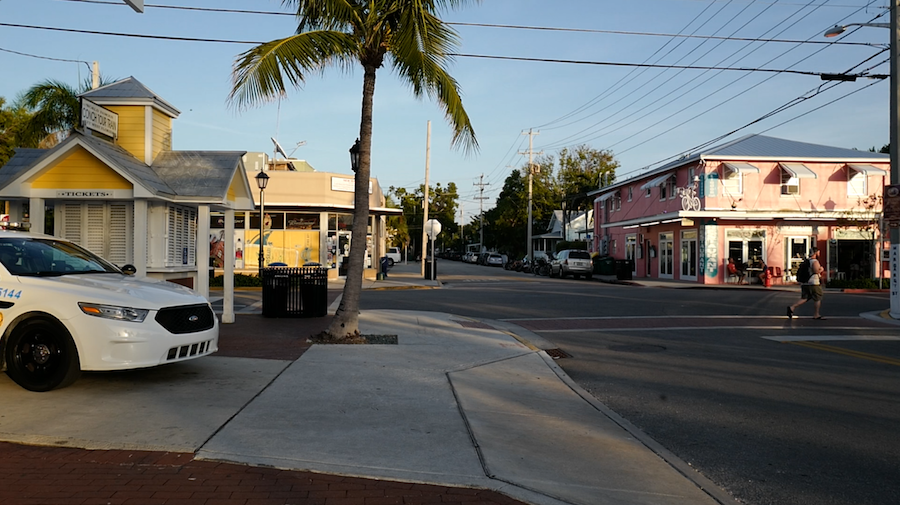 Phillips stated in reports that he was sitting down outside the gym when he heard Lola say, “Fu*k you!” as he was attacked from behind. He said he didn’t see it coming. Lola told Phillips he “was going to get [him] for hitting her.”

Lola snatched Phillips’ wallet and cell phone from his pocket and smashed the phone on the ground.

Jacob Otten was riding his bike past the gym when he saw Lola kicking Phillips who was lying on the ground. The report says Otten told Lola to stop kicking Phillips and he did, at which point Otten tried to call 911. Lola brandished a pocket knife at Otten, who began running in a big circle to try and get away from Lola. Otten got back on his bike and called police.

Phillips stated he did not realize he was stabbed until he noticed all the blood. He sustained four stab wounds: two in the neck, one in the back, and one in the upper rib cage.  The report states that he may have broken bones in his mouth and nose. Several teeth were also broken.

Phillips was flown to the Ryder Medical Center in Miami to be treated for his injuries.

Lola was arrested and charged with aggravated assault with a deadly weapon (without intent to kill), aggravated battery, robbery (for taking Phillips’ cell phone), property damage, and marijuana possession (for .2 grams police found on him during a search).

Note: Information in the above crime report is provided by area law enforcement. Please remember that all suspects are innocent until proven guilty.