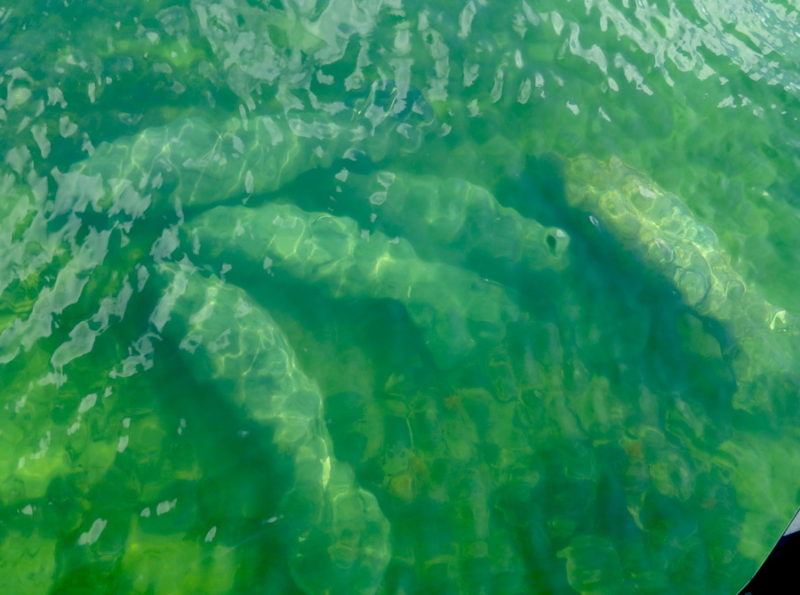 On August 5, FWC officers responded to a report of eight drunken tourists allegedly riding manatees in a canal in Key Colony Beach.

According to reports, when FWC officers arrived on scene, two Monroe County Sheriff’s deputies were with four of the defendants who were allegedly riding two manatees. Officers stated that the four men admitted to petting the manatees and swimming with them for about 30 minutes (although the report did not specify if they admitted to riding them). They also tried to take photos with them.

One of the men, Chad Moore from South Carolina, said that he had never seen a manatee before but admitted that he “kind of knew” that they were protected. According to reports, he went on to tell officers “how cool it was to swim alongside the manatee while scratching its belly and stroking its back.”

The four men were given a Notice to Appear.