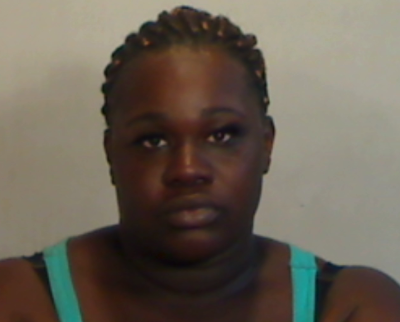 A 25-year-old Key West woman who grabbed a taxi driver and forcefully took a $150 cash fare from his possession was arrested Saturday night.

Sherelle Lanay Robinson was charged with robbery, larceny, battery and possession of a controlled substance without a prescription.

Middle Keys Sgt. Joel Slough and Deputy Andrew Leird were called to Publix in Marathon at 10:21 p.m. regarding a taxi customer who did not pay a fare and was acting belligerent. Sgt. Slough located the cab driver in the parking lot at Publix. He advised he picked up a customer, later identified as Robinson, in Key West whereupon Robinson stated she wished to go to Marathon. The agreed upon fare was $150. Robinson paid the fare.

Robinson was found inside the Publix. The cab driver identified her as the person who took his $150 fare. $146 in cash were found in Robinson’s possession as well as two Lorazepam pills.

Robinson was taken to jail.

Note: Information in this crime report is provided by area law enforcement. Please remember that all suspects are innocent until proven guilty.