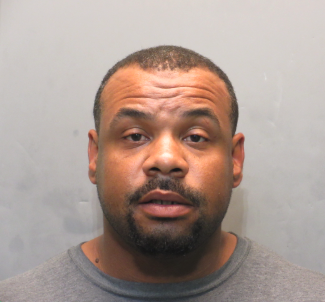 A 38-year-old man was arrested early New Year’s Day for firing a 9mm handgun into the air on Plantation Key.

There were no reported injuries.

Andre Lee Brunson of Maryland was charged with discharging a firearm in public.

Sgt. Robert Dosh as well as Deputies Ana Coello and Joel Rios were called to the 100 block of Key Heights Drive about 12:29 a.m. regarding shots fired. She arrived to find Brunson who advised he was setting off fireworks. Brunson denied firing a gun. Brunson could not state where the fireworks were located. Five spent handgun cartridge casings were found in the road directly in front of the residence.

A witness told Deputy Coello that Brunson borrowed his handgun to fire shots at midnight in celebration of the new year. The witness stated Brunson fired several shots into the air in the direction of the ocean, multiple residences and U.S. 1.  The witness turned the gun over to deputies.

Brunson was taken to jail.

Note: Information in this crime report is provided by area law enforcement. Please remember that all suspects are innocent until proven guilty.