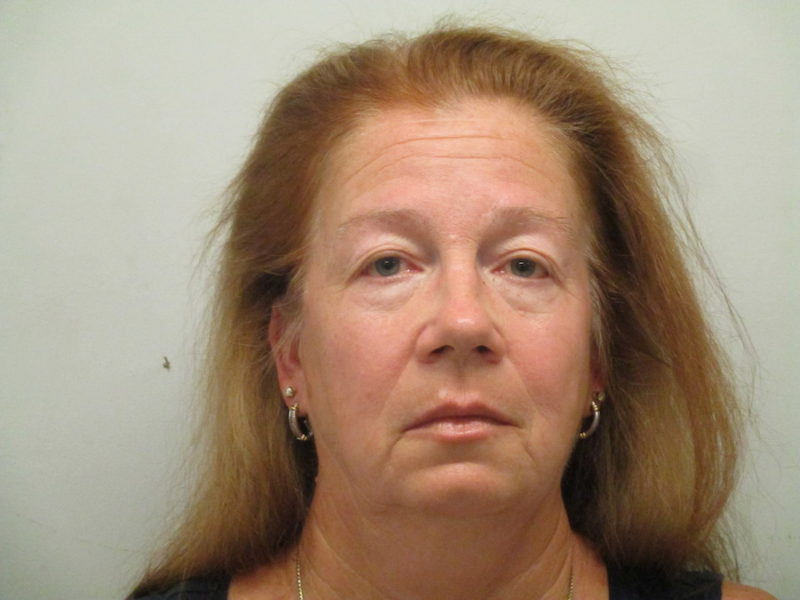 A 61 year old Marathon woman was arrested today, charged with choking her 12 year old Chihuahua to death for biting her on the hand.

On Saturday, the Sheriff’s Office received a call from the Florida Keys SPCA. They had information about a Marathon woman who told staff at Fishermen’s Hospital she’d just killed her dog. An officer from the SPCA went to the woman’s home on 28th Street in Marathon accompanied by Deputies Aaron Coller, Vincent Torres and Edward Swogger.

Alice Evans told them her dog, “Big John Evans” had been becoming aggressive toward her. She said on Friday night, he bit her for the third time this year. She said she went to bed that night, woke at 5 a.m. and choked him to death with his collar. She then took the dog’s body outside and buried it in her yard. When asked why she didn’t call the animal shelter for help with the dog, she had no answer. Deputies said they saw a small wound on her hand.

The officers dug up the dog’s body and it was transported to the Marathon Veterinary hospital for a necropsy. The cause of death was determined to indeed be strangulation, a death which would have, according to reports, resulted in “the infliction of pain, suffering and injury.”

Detective Amanda Coleman was assigned to investigate the case. Today, a warrant was signed for the arrest of Evans on charges of aggravated cruelty to animals, a third degree felony. Evans was arrested at 2 p.m. and was booked into jail. Bond on the warrant is set at $25,000.

Note: information in these crime reports are provided by local law enforcement agencies. Please remember that all suspects are innocent until proven guilty.

One Response to “Woman Charged With Choking Her Chihuahua to Death”