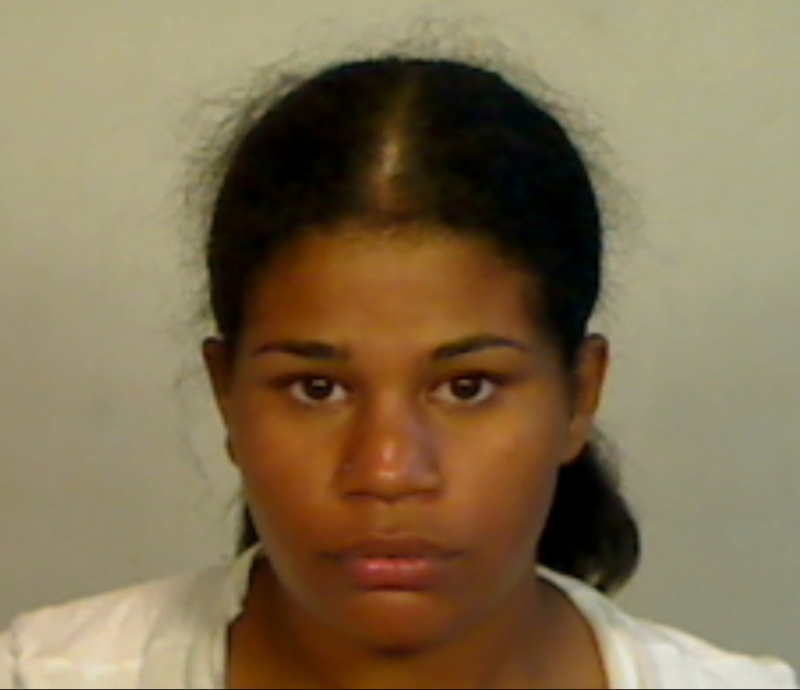 A 25-year-old Marathon woman was arrested for an assault involving an ax on Wednesday morning.

The attack allegedly began after the victim attempted to end a three-month romantic relationship with the woman.

The Sheriff’s Office was called to 42nd Street in Marathon at 9:45 a.m. regarding a fight in progress. Detective Leon Bourcier stated he arrived to find a woman, identified as Jeanette Alexandra Suarez, on top of another woman. Bourcier reported Suarez was punching the other woman multiple times with a closed fist.

According to reports, the victim stated that Suarez became angry that she wanted to break up with her. As the victim attempted to leave for work, Suarez began screaming and refused to let the victim leave. Suarez then began destroying items in the kitchen and throwing things at her.

At some point, the victim made it outside and called the police. Suarez came outside armed with an ax with a 12-inch handle and began swinging it.

She struck a pipe outside the residence and broke the rear taillight of a van parked outside. The victim ran in the opposite direction.

Suarez walked toward the neighbor’s house with the ax but then returned without it. She then allegedly punched the victim in the face multiple times.