After years of uphill battle, residents of a once tranquil corner of Key Largo will get their peace and quiet back. On October 23, 2018, a Special Magistrate issued an order declaring that the noisy, illegal, commercial wedding events that were constantly taking place in an area zoned for residential use must come to an end.

The County allowed 2 Thurmond Street to come into compliance by stretching a loophole designed to allow gated communities with homeowners associations that expressly regulate or manage vacation rentals to avoid the need for a special permit.  The County [rather generously] accepted the exemption based on the creation of an HOA consisting of the “community” of one single-family residence at 2 Thurmond Street. The property was deemed in compliance and the case was closed in May 2015.

Code inspectors noted at the time that the home was being used as a destination wedding venue and wrote in case notes that it “should be addressed as it is commercial use.”

But it never was.

With the County turning a blind eye to the obvious commercial destination wedding use of the property, the McGraws went on to expand their business, which they call, Key Largo Lighthouse Beach Weddings, increasing the number of weddings at 2 Thurmond Street [called “Coral Beach”] and adding a second flourishing wedding venue in May 2016 on the property they purchased next door [called “Hidden Beach”].

That expansion would become a key point in this week’s decision.

After the second venue opened, neighboring residents dealt with the noise coming from amplified music, line dances, and DJ announcements at the two wedding venues almost every night.  Even the use of fireworks became a common theme. As more residents were voicing their concerns, The Blue Paper published a story in July 2017 about the growing “pop-up wedding plague” headlined, “The Wedding Boom: County Sees No Evil.”

During the next county commission meeting, on August 16th of 2017, Dottie Moses, President of the Island of Key Largo Federation of Homeowner Associations, pointed out that more and more residential homes were being used as destination wedding venues causing traffic, parking, and noise issues in otherwise quiet residential neighborhoods.

The Tourist Development Council’s [TDC] marketing plan, up for adoption by the BOCC that day, would play a crucial role, she said, in expanding the destination wedding industry.

“The Tourist Development Council marketing plan includes plans to increase the wedding destination market. The plan provides an analysis of destination weddings and is touted to be a big business in the Keys. It explains that wedding planners have opened the industry up to private and vacation rental properties.”

Moses explained that county staff had told residents that there wasn’t much that could be done because “anyone can have a wedding in their backyard,” in response to pleas for help.

County Commissioners all agreed that there was a problem, and voted to remove the wedding promotion portion of the TDC marketing plan until County staff had dealt with the issue of commercial wedding venues in residential neighborhoods.

However, the problem persisted and by February of 2018, 21 frustrated Key Largo neighbors met with County Commissioner Sylvia Murphy, Senior Director of Code Compliance Cynthia McPherson and Assistant County Attorney Steven Williams. A code compliance case was opened a few days later, and residents breathed a little easier, knowing the issue would finally be addressed – but the battle wasn’t over yet.

On April 26, 2018, the McGraw case was brought before the Special Magistrate. At that hearing, numerous other residents received massive fines for renting their properties to vacationers for short term stays. They were ordered to stop conducting illegal rentals – immediately.

The McGraws (Thurmond Street Partners [TSP]), however, through their attorney, Russ Yagel, had worked out a tentative deal with the Assistant County Attorney, Steve Williams. The McGraws would be allowed another year of [illegally] operating as a commercial wedding venue. Under the proposed agreement they would not have been allowed to have any more fireworks displays, and new wedding bookings would have been prohibited.

County staff pointed out that they could, however, apply to change their zoning during that year (to one that would allow commercial use).

But that stipulation agreement  – which was to be brought before the Judge within 15 days – was never signed. And without ink on paper, the fireworks, weddings, and bookings continued for months.

On August 2, 2018, The Blue Paper published a follow-up story headlined, “County to Illegal Wedding Business: Keep Breaking the Law Until We Change It For You.”

Within days a Code Compliance hearing date was set. The hearing was held on September 6th and on Tuesday, October 23rd Special Magistrate, John G. Van Laningham, issued his Order requiring the wedding events to come to an end. 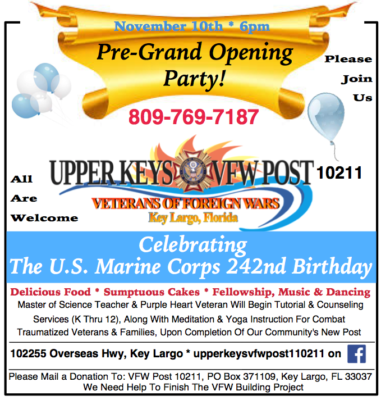 The McGraws argued that because the County could have found their commercial wedding operations in violation back in 2014 when they pursued the vacation rental code violation case [because County staff knew all about it], but didn’t, the County is barred from subsequently finding them in violation. [This is called the doctrine of “administrative finality”.] The McGraws claimed that they interpreted that lack of enforcement as “a green light to continue using the North Parcel residence for vacation weddings.”

Laningham was not convinced:

“As of May 2015, TSP was on track to average around 50-60 wedding events per year at the North Parcel. Since that time, TSP has purchased and developed the South Parcel, made improvements to and further developed the North Parcel and increased the number of weddings at the Property to nearly 140 per year.”

Ultimately, Laningham found that the commercial wedding use of the property violated the County’s zoning laws which require that property may only be used in a manner that is consistent with the purposes stated in the zoning district.  In this case the zoning district is Suburban Residential.

“TSP’s (Thurmond St. Properties) vacation wedding use thus clearly violates MCC’s (Monroe County Code) requirement that all development within each land use district shall be consistent with the purposes stated for the district, here – residential uses.”

TSP was ordered to “cease all vacation wedding use of the property by August 31, 2019″.  Laningham explained that he was allowing “an unusually lengthy period of time” to minimize disruption to couples who had already booked their dream wedding at the property.

The McGraws [TSP] have been ordered to immediately cease making any additional bookings for weddings and to provide the County with the schedule of all wedding events already booked for the property.

Use as a traditional vacation rental may continue, but the use of the property for any wedding event not already scheduled will result in a $15,000 fine. A $500 per day fine will be issued for non-compliance after the August 31, 2019 cut-off date.

Calls and e-mails to the McGraws about the decision went unanswered as of press time.

Dottie Moses, representing the Island of Key Largo Federation of Homeowner Associations, had this to say about the Special Magistrate’s decision:

“We are pleased that the Special Magistrate agreed with the neighbors that this is a business operating in a residential zoned district. We look forward to the return of peace and quiet.”