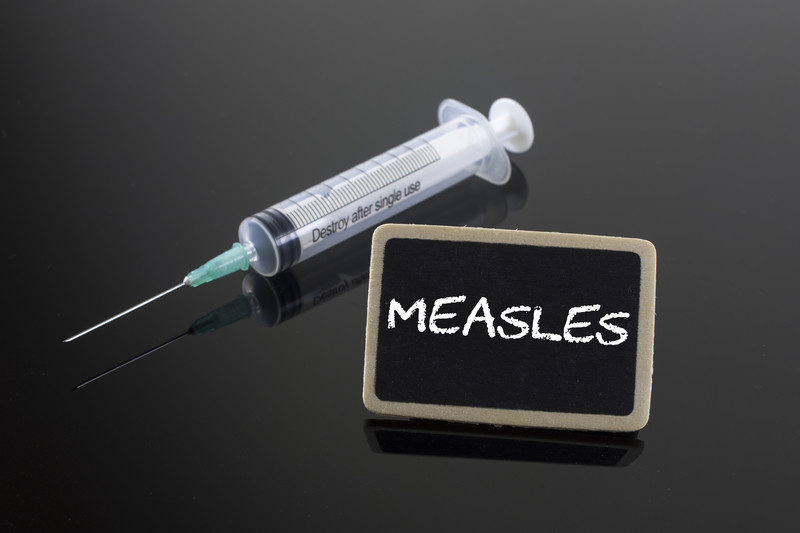 The Health Department Response to the Measles Threat

My wife and I are planning a trip to Panama to tour the canal and the locks, visit an Indian village and otherwise see Panama, its flora and fauna. Of course, we will be visiting a country with different medical practices and we also will be traveling through two large international airports, mingling with the world’s population. That being the case and hearing what I have about the resurgence of measles, I became concerned. After all, was it not in the Caribbean that a cruise ship was quarantined because of a measles outbreak?

I am 75 years old and blessed to be part of the first group of children to receive the Salk polio vaccine in the 1950’s. Unfortunately, the measles vaccine was not a finished product until the mid-1960’s when I was in graduate school. Consequently, I was never vaccinated and I never had the illness.

With that in mind, I thought it prudent to receive a measles vaccination before heading to Panama. I called my personal physician and he told me that the vaccinations were only available from the Florida Department of Health. So, promptly one Monday morning, I called the local office. The Health Department has an automated phone system and if you wish to make an appointment, “Press 3”, which I did. A recorded voice came on asking for my name, age, purpose of my call and a contact number, all of which I provided.

When no one responded, I repeated my call on Tuesday, and again on Wednesday, and again on Thursday and again on Friday. Finally, I received a call back and was told that all of my messages had been received and forwarded to the nurse in charge along with a reminder email. Concerned for my situation, this very nice person asked me to stay on the line while she walked down the hall to personally inform the nurse that I was calling.

This time, I did speak to the nurse in charge and was told that I needed a prescription from my personal physician, something with which he was personally unaware. The nurse gave me her direct number and I told her that I would make arrangements for the prescription and get back to her.

Monday, the beginning of Week 2, I contacted my physician and picked up the prescription Tuesday morning. I called the nurse in charge, got her voicemail and informed her that I had the prescription and wished to make an appointment. I called again on Wednesday and again on Thursday. My Thursday call was returned with the explanation that the nurse had been in Marathon for two days and had not returned her calls.

Because I had the prescription, the nurse made an appointment for 1:30 pm Friday in Room 3 of the Gato Building in Key West. To say that the Gato Building is a maze with poor signage would be an understatement. I stumbled around and went into the only open office that I could find which was not locked. There, around the corner, was the elusive Number 3. I was told by someone behind a glass wall that a nurse would come out and help me.

The nurse, who had no idea that I was coming, came out to ask what I needed and, of course, I told her I wanted a measles vaccination. She left and said that she would be right back. She returned with a document from the CDC stating that if you were born before 1957, you were “probably immune” to measles. Measles had once been so prevalent that it was “likely” that I had acquired an immunity, though there was no guarantee.

I persisted and asked for the measles vaccine in any event. She told me that she would speak to Dr. Mark Whiteside, the Medical Director, who told her to go ahead with the vaccine, much to my relief. Since I had not had a flu vaccination in some time, the nurse generously provided that as well.

Having been on a two week quest for the measles vaccine, I wanted to talk to the Administrator, Bob Eadie, JD, and explain my problems. This is the same Bob Eadie who had spoken passionately to the Key West City Commission about the resurrection of measles and urged people to be vaccinated, especially children. He was highly critical of parents who were not having their children vaccinated.

Finding Mr. Eadie’s office was another quest as I ambled and gamboled about the building until I saw a sign that said, “Administrator”. His office was behind a securely locked door, so I knocked. Through the glass I informed whomever that I wished to speak to Mr. Eadie. They told me that he was not in and I asked if I could leave my contact information. A small group formed to take that information and to the chagrin of the others, one opened the door. I walked inside the door and gave someone my contact information. All of the Health Department employees have some sort of badge that hangs around their necks to their waists on a lanyard, but no one has a simple ID name tag readily visible. Hearing all the folderol, Mr. Eadie’s assistant came down the hall. She graciously invited me to come to his office.

In Eadie’s office, I explained why I was there and laid out in detail the two week siege that it took to get my measles vaccination, strongly suggesting that Mr. Eadie’s concern about vaccinations was not getting through to the staff. I asked for his business card and for him to contact me as she now had my information. At that point, she went on a scavenger hunt to find one of Bob Eadie’s business cards. I swear that she opened every drawer and examined every shelf while telling me that she had recently purchased a box of business cards but did not know where they were. Finally, she located the unopened box and gave me one of the cards. I was particularly taken by the “JD” after his name as I did not really understand what it meant for a “Doctor of Jurisprudence” to be the head of a Health Department. Frankly, I would have preferred “MD”.

Mr. Eadie’s assistant was very pleasant and very cooperative and assured me that she would have him contact me. She then walked me down the hall and out the door, making certain that it was locked behind me.

Three business days later, Mr. Eadie called me. I could tell from his tone that it was not a call that he really wanted to make, but he did. When I explained the steps of my quest, he blamed the whole thing on an inadequate telephone system provided by the state. I doubt that is the problem but he promised to look into it . I also urged him strongly to get the message out to his staff about the need for measles vaccinations and be proactive with the public. I said that I did not think that very many people would call the Health Department eight times over two weeks to obtain a vaccination and he agreed.

I also suggested that there could be better signage to help the public find their way around the labyrinth. Additionally, I asked him why the intense security and he replied that there are people out there with guns, though the Health Department is not a likely target.

Mr. Eadie was certainly being the good bureaucrat, passing the buck to the state about the phone system while promising me that his office would do a better job. That was over two weeks ago and I have yet to see anything in the local media regarding how the Health Department plans to address the measles situation. I told him that all we needed was one sick tourist to do the “Duval Crawl” and infect no end of people, local and tourists alike. He agreed with that observation. I await any action by the Health Department. My guess is that if you call them today, you will get voicemail.