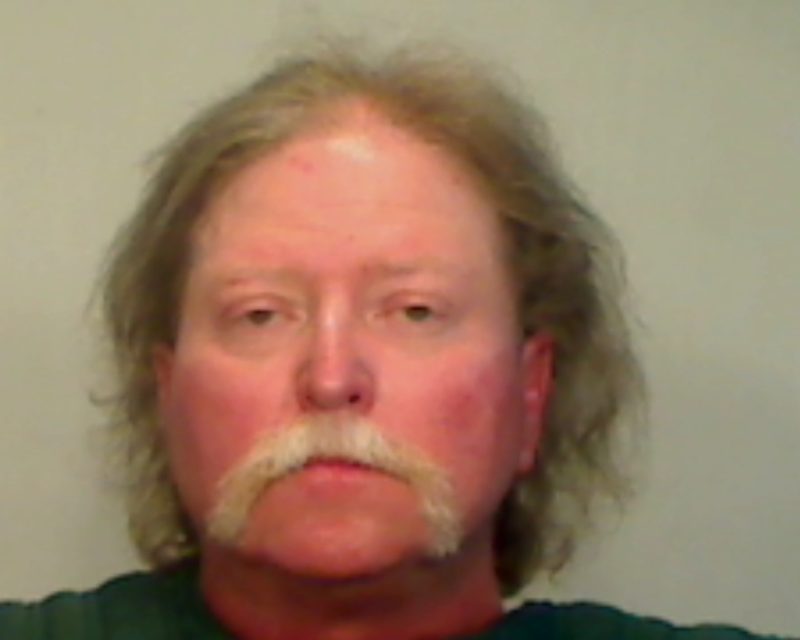 A 60-year-old tourist from Biloxi, Mississippi was arrested Monday night after he fired a 9mm Glock pistol at three men on Big Pine Key near No Name Key.

Multiple Deputies and Detectives responded to 30830 Watson Road, a duplex, at 9:41 p.m., after receiving a shots fired call.

According to Lower Keys Detective Spencer Curry, Ricky Neil Orallo was staying in the duplex with his girlfriend. Next to them in the duplex were temporary tenants who had just moved in.

The neighboring tenants were identified as Jesse Thomas Dowling, 41, Leslie Howard Lambert, 55 Kevin Christopher  Daly, 29, and Dekorte Montez Paulk, 37. Paulk, Lambert and Daly are the victims in the shooting. All four are construction workers from West Palm Beach who are in the Florida Keys for a work-related job.

The construction workers stated that they had a brief conversation Orallo, who they described as “very intoxicated,” just prior to going to the No Name Pub, which is directly across the street from the duplex, for dinner.

They reportedly returned from dinner to find Orallo sitting in Dowling’s work Chevrolet Tahoe, parked near the construction workers side of the duplex. The workers had just met Orallo for the first time earlier that day and said they never gave him permission to be inside the sport utility vehicle.

Orallo returned about 10 minutes later holding a pistol and began firing toward Daly, Lambert and Paulk, who were now standing near another work vehicle owned by Dowling – a white Dodge Ram 3500 pickup truck. Orallo reportedly fired five shots, with bullets striking the SUV. Several bullets struck the Dodge and shattered a window. All the bullets were fired near Daly, Lambert and Paulk. Dowling was behind the duplex on the phone at the time of the shooting.

One of the bullets reportedly went through a baseball cap that Daly was wearing, narrowly missing his head.

Five 9mm bullet casings were later found in the area by detectives.

Orallo’s girlfriend – who also appeared to be intoxicated — told Detectives that she noticed her Glock handgun was missing from the nightstand in their bedroom and confronted Orallo about it. She stated Orallo went outside and she heard a loud, “pow.” She stated that Orallo returned and stated he was probably going to jail.

Orallo was detained at the scene. The gun was not found.

A Key West Police K9 Unit responded and the K9 alerted to the canal behind the duplex. The Sheriff’s Office Dive Team responded to search for the gun in the canal.

Orallo was taken to jail.

The case remains under investigation.

NOTE: Information in the above crime report was provided by area law enforcement. Please remember that all suspects are innocent until proven guilty.