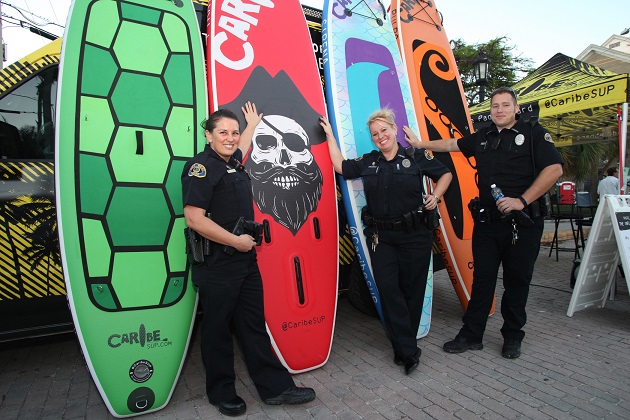 Left to right, Lieutenant Areaka P. Jewel, Officer Danyle Gray and Patrol Officer Neil Mogerley “hang 10” on the beat Thursday evening during the Fantasy Fest Brick House Funk Party on the grounds of the Custom House Museum, where revelers busted a mighty-mighty move to hot DJ mixes while helping the Key West Art & Historical Society raise funds for the SOS Foundation to support ongoing hurricane Irma recovery efforts. Fest-goers are invited back to the Custom House grounds, 281 Front Street, on Saturday night for an after-parade Fest closing dance party with DJ Buggy that will include a dramatic midnight reveal of the Fantasy Fest theme for 2018. 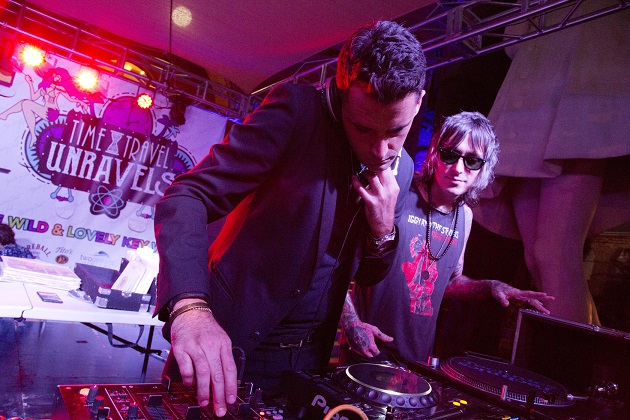 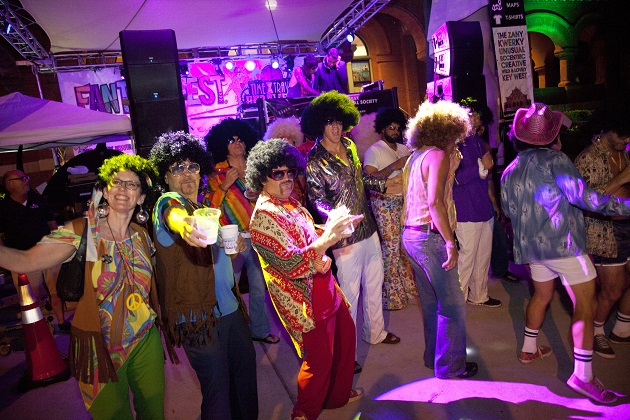 Afro’s were the “do” choice of the night during Thursday’s Fantasy Fest Brick House Funk Party. 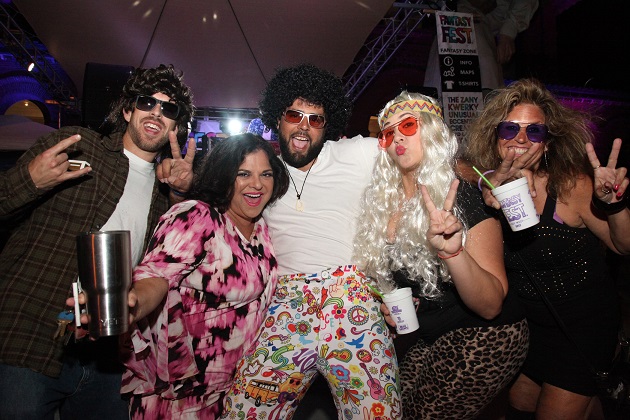 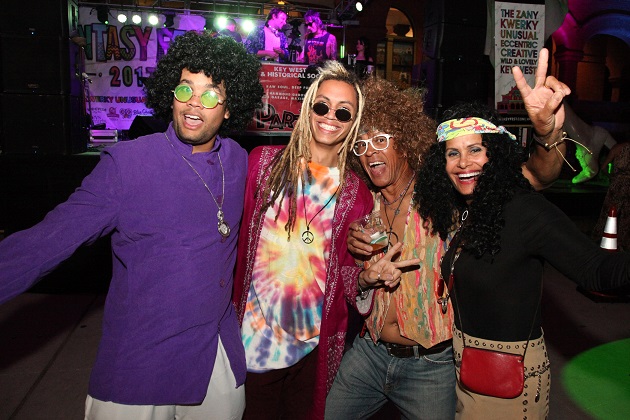