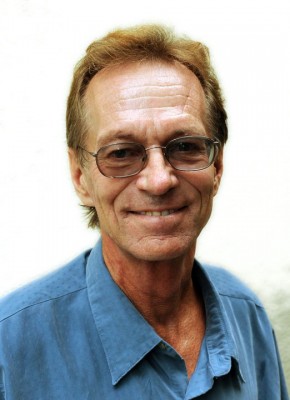 A common small-town practice in olden days was grazing cows in the town common. If every family grazed one cow, there would be enough grass to support all. But if enough people grazed more cows, the pasture would collapse, and no one could graze his cow. It is such a major problem that it has earned the name Tragedy of the Commons. It’s happening right now here in the Keys, with the Key West City Commission voting 4-3 to allow more grazing, I mean fishing, while our Chambers of Commerce are deeply conflicted.

The general principle is that when a common renewable resource is owned by no one but is accessible to all, it’s in each individual’s self-interest to grab as much of the resource for himself as he can. But it is a tragedy for all when taking too much stops the resource from renewing itself. Then everyone gets nothing.

The point is short-term riches versus long-term steady income. A widespread test of toddlers shows that kids who can resist the chance to have a single cookie right now because if they wait 15 minutes they will get two cookies then shows that the ones with restraint tend to be much more successful as adults. Not getting everything you can NOW is hard. Deferred rewards are hard to wait for, but mark the successful in life.

The Keys are facing the tragedy again. Nationally, the U.S. has made amazing strides since the 1976 Magnuson-Stevens Fisheries Act. After WWII, fishing industry leaders from regions like New England, the Pacific Northwest, and Alaska had seen proof that modern fishing methods could deplete oceans that once seemed inexhaustible. Cod off Newfoundland, sardines off Monterey, blue walleye in the Great Lakes, sole off the English Isles, anchovies off Peru, etc.

The fishing industry turned to their representatives in Congress to bring the rule of law to at least our oceans. In 1976 the United States took charge of everything in the world’s largest exclusive economic zone: our 3.4 million square miles of sea. A generation of determined, farsighted commercial and recreational fishermen, marine scientists, and legislators worked together to create our Fisheries Act.

They brought to it practical lessons based on principles that are simple and sound. They believed that the nation’s rich fishing grounds could feed generations of Americans far into the future, but only if catches were well-controlled. Many of them, fishermen and scientists, knew that it would pay off to leave enough fish in the water to regenerate healthy stocks in the future.

Nationally, it has worked. In Alaska, seafood exports increased 150% in the first decade of this century; Atlantic sea scallops have quintupled since their near collapse in the 1990s to now be half a billion dollars, the top-valued fishery in the U.S.; red snapper quotas are increasing every year in the gulf; and 33 commercial fish and shellfish stocks have been rebuilt off U.S. shores since 2001: silver hake, lingcod, blue crab, winter flounder, black sea bass, Pollock, Acadian redfish, etc.—the names are music to my ears.

But not off our Keys. On the internet, we’re famous for seeing our trophy fish catch decline from an average of 44 pounds each in 1956 to five pounds in 2007. While the U.S. was protecting our fish and watching species get rebuilt and fishermen prosper as sustainability was achieved, we have been eating the seed corn The I-want-my-cookie-NOW crowd is grazing the common down to the earth, hauling in the mommy fish, tragically.

When I first moved here, I was invited out on an overnight spearfishing trip with a friendly bunch of Conch officers of the law. I saw them spear dozens of tiny hogfish, joking about how small they were in front of their 12-year-old sons. I did not move to Panama in 2006 with Cynthia in large part because they were serving short lobsters at restaurants, while complaining that there were fewer and fewer of them (Panama then had no restrictions on fish size or number).

Tony, Billy, Clayton, and Mark, yes, your people want to put an extra cow on the common. Yes, their families need the milk. Yes, it is hard to make a buck today already by fishing the seas. But that is in large part because since 1956 we have been catching all of the big fish and small hogs we can, and those big and small fish have not lived to create babies that, grown, our current commercial and sport fishermen could catch.

Don’t eat the seed corn. Don’t eat lady lobsters full of eggs. Wait 15 minutes for the two cookies. Think of the children of today’s fishermen. When you vote, gentlemen, vote for the future, not the continuation of our internet shame since 1956.

6 Responses to “The Tragedy of the Ocean”