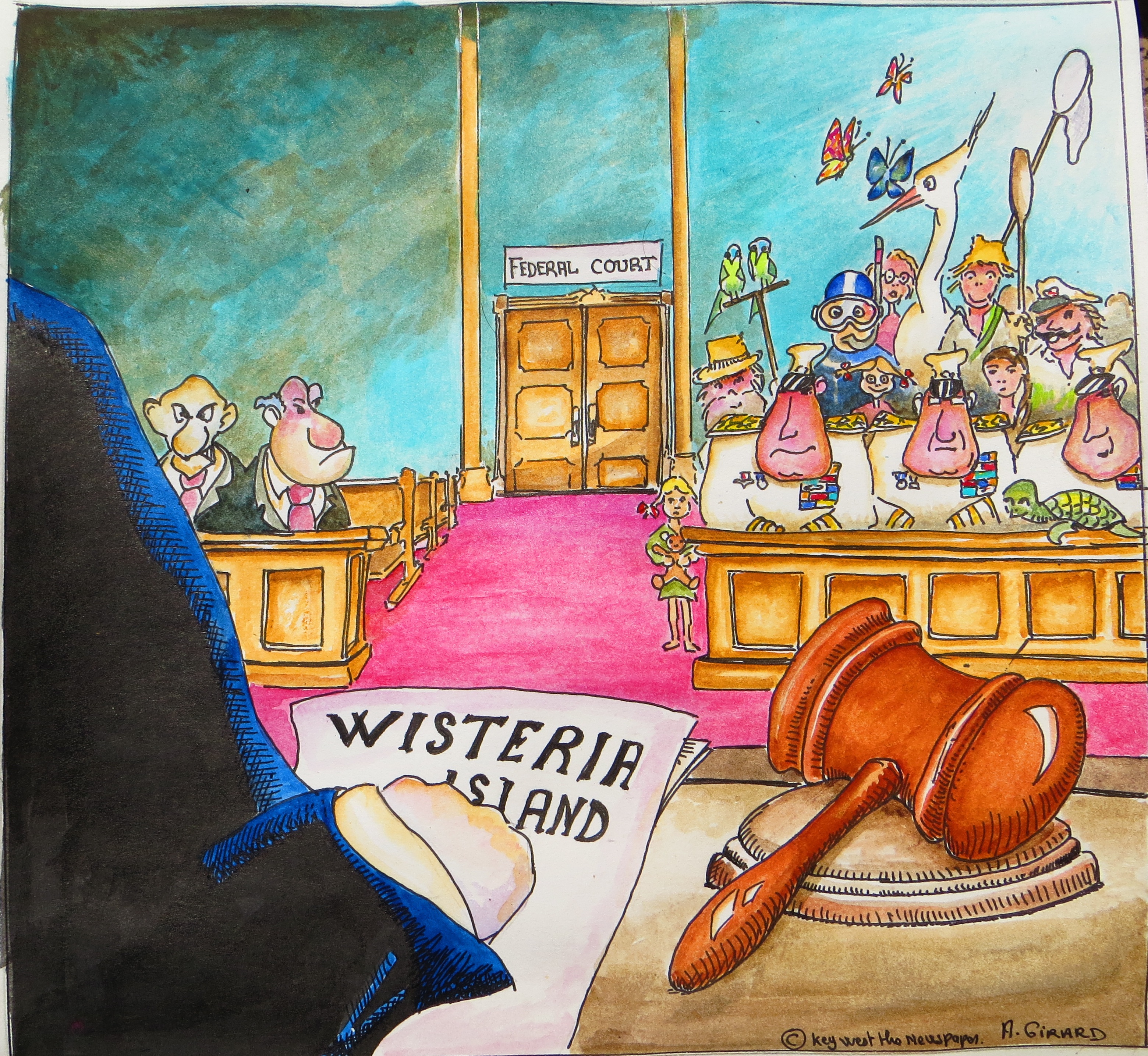 There is a new twist in the drawn-out battle between the Bureau of Land Management (BLM) and Roger Bernstein.

Both sides are still claiming ownership of the coveted desert island in Key West harbor. But until now the federal government had successfully used the statute of limitations to keep Mr. Bernstein from attempting to clear his title in court.

It is now the federal government that is taking the issue back into the courtroom.

Yesterday, U.S. Attorneys filed a 21-page complaint asking federal Judge James Laurence King to declare that the United States is the rightful owner of the island.

The document reads like a history lesson retracing how the United States in 1819 first acquired all of Florida through a treaty with the King of Spain, how the Navy and the Army haggled over the use of precious fill material which ultimately turned into a 25-foot high hill of bone-white rocks on Frankfort Bank, then the highest elevation in the Keys. In the late 1920’s, the government would lease the western side of the island to Key West shark skinners operating off the deck of a hurricane-wrecked 150-foot paddle-steamer called the “Wisteria,” the island’s namesake. By 1943 it was a 23-acre island.

It recounts how the US Navy blocked the state of Florida’s first attempt to sell Wisteria Island by obtaining an executive order by then President Calvin Coolidge. In 1924, just two days after the Navy asked for it, Coolidge reserved Wisteria Island for the Navy.

When the State finally conveyed the island (through a Quit Claim Deed) into private hands in 1952, through the intrigues of the controversial State Representative, Bernie Papy, it appears that even the official objection from the US Navy was no match for Papy, known as the “King of the Keys.”

Quite a story. But in the end, it all boils down to one question: Was Wisteria Island included in the Submerged Lands Act adopted by the U.S. Congress in 1953? The SLA, in effect, gave the coastal states all submerged lands, including formerly submerged lands (spoil islands), within 3 nautical miles of their shores.

Bernstein’s attorneys argue that the land transfer to the State corrected any breach in the chain of title, even if in 1952 the state of Florida had sold Papy an island it didn’t own.

Government attorneys however argue that title to Wisteria did not pass to the state of Florida because it falls under an exception to the SLA: the federal government would maintain ownership of all filled lands that it had built-up for its own use. 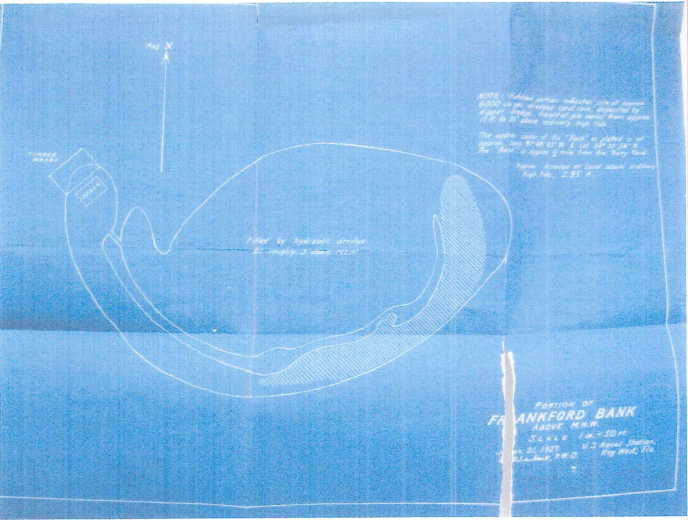 Mr. Bernstein, whose family has paid property taxes on the island for over 50 years, calls the whole affair a government land grab. He argues that the federal government has recognized his title in the past, even signing contracts, leasing the island from him to use for Navy Seal training operations.

Bernstein’s link to the island is just as colorful. Some people’s fathers won a steamboat with a royal flush at a poker game. Roger’s dad, Ben Bernstein, got Wisteria Island from legendary Key West developer David Wolkowsky when Wolkowsky couldn’t make the payment on a loan to build the Pier House hotel bathrooms. That was 1967.

On a Saturday afternoon in November of 2011, we met David Wolkowsky at his mansion in Old Town. Wolkowsky wanted us to explain, as reporters, what had just happened with Wisteria Island. That was the week that BLM decided to contest Bernstein’s claim to Wisteria based on historic documents provided by The Blue Paper.

Mr. Wolkowsky was obviously amused by this late-in-the-game reckoning of sorts with a long-ago rival. Roger’s father, he told us, had refused to extend the time to repay the $20,000 loan and had snatched away Wolkowsky’s stake in the island, which had guaranteed the loan.

“The government,” he chuckled, “might have taken the island from me anyway. I had no idea.” David Wolkowsky passed away a few weeks ago, on September 23, 2018.

Here’s how the current controversy began:

In 2010, Roger Bernstein had plans for the development of an exclusive resort and marina on Wisteria Island. The project immediately clashed with members of the local population who, for generations, had used the island for weekend parties and camping.

Blue Paper reporters began an investigation which led them to the National Archives. They found the long-forgotten hand-written executive order by President Calvin Coolidge, along with a trove of other documents that helped the BLM in their decision to reclaim the island.

So, is Wisteria Island excluded from the SLA? The Eleventh Circuit Court of Appeals has already ruled that:

“The circumstances of Wisteria Island’s creation hew closely enough for the ‘for its own use’ exception to the SLA to preclude a finding that the SLA clearly and unequivocally abandoned the federal government’s interest in the island.”