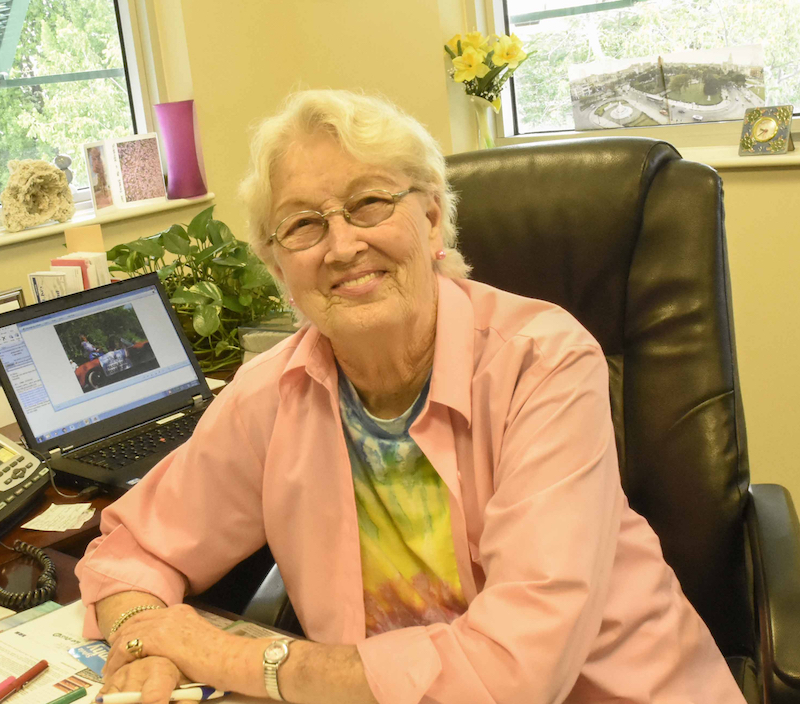 Commissioner Sylvia Murphy was Least Worst in Show among the four county commissioners hit with $20,000 in fines by the Florida Commission on Ethics this year. She was only off a total of $1,109,000 on her financial reporting, with merely ten additional errors of form. If she had been in this alone, I’m sure she’d have been fined only the $350 or $500 per year as is common for this level of Form 6 misadventure.  [Using the “total assessed value” instead of the “just market value” when reporting the value of her Tavernier home.] But I think she was tarred by her association with the $14 million and 700 errors of form rung up by her fellow commissioners. Still, her $4,000 total was less than the $6,000 and $5,000 in fines the other three got, because her errors were “less egregious” in the words of the Ethics Commission lawyer.

Murphy publicly admitted she“definitely made mistakes” filling out her disclosure forms. But whose fault was it she got caught and fined?  MINE! She said my filing complaints against them was “weird, but an expensive weirdness for us.” (They all hired expensive attorneys, who did nothing for them a first-year tax preparer couldn’t have done for a hundred bucks.)

I do not think it “weird” to care about ethics and accurate financial reporting. What I do find weird is Murphy’s actions in the SUFA case, as bafflingly incompetent as the commissioners’ performance on their financial disclosure forms. At one point in their closed sessions on the case, she asked “Who is Mr. Jones, by the way?” (Not his real name—he has suffered enough.) Well, they were discussing how much they could squeeze out of SUFA’s innocent tax preparer in their lawsuit against him. The lawsuit had metastasized because they knew that they could not scare SUFA’s director, Linda Gottwald, so they went after those close to her. They sued so many, Murphy lost track of them.

The worst was going after Gottwald’s utterly innocent Board of Directors. Both federal and state law explicitly protects members of nonprofit boards from exactly this sort of legal harassment.  It is in the interest of society that we encourage and protect the eminently superior souls who do so much fine work for free on behalf of us all.  Think of those of your friends who serve on nonprofit boards.  I am sure you regard them as among the most generous and upstanding people you know.

Murphy cheered on Commissioner George Neugent, who led the charge to sue Gottwald’s board and tax preparer, saying in support, “It makes other boards of directors very nervous.”

Let us step back and get some perspective on how vile a sentiment this is. First, they put a nonpareil nonprofit out of business by illegally freezing their funds. They used an absurd audit finding fewer financial errors in 7 years of records than any of them made on every page of their financial disclosure forms. They squandered a million dollars of our tax money in losing SUFA’s $250,000 in savings, legal fees, and the cost of unleashing the State Attorney, the FDLE, the IRS and a forensic accountant in fruitless searches for something, anything she had done wrong (they all came up with a big fat ZERO—the woman is a paragon of virtue, literally).

So they included her kindly and capable board in a clearly stated effort to pressure Gottwald into settling. They had the State Attorney interview them.  They made the board run up $19,000 in legal fees by keeping them on their losing lawsuit for two years. Even their friendly judge, David Audlin, who had granted the illegal injunction freezing SUFA’s funds and putting them out of business, even he dismissed the case against the directors TWICE, the second time “with prejudice” so our county attorneys could not try a third time to persecute them.

So not only is it evil enough to use the power of the government, at no expense to themselves but using OUR taxpayer dollars, but Murphy ups it a quantum leap: she revels in exactly what federal and state laws prohibit: making good citizens fear being on boards and serving the public good, out of fear of exactly what the commission was doing to them. She was gloating over her power to sow fear amongst the finest of her constituency. I stand by the adjective “vile.”

On a lighter note, I showed up at a commission meeting in 2011 to advise them not to waste my tax dollars on a forensic accountant, because I had gone through SUFA’s books, the county audit, and Gottwald’s counterarguments, and I said, she’s clean, there’s nothing to find. But Murphy piped up, “I know how to read an audit, and this is bad.” Well, I was right about the forensic accountant, and Murphy showed she cannot even fill out a simple disclosure form, much less vet an audit.

George Neugent rose to defend himself when I criticized the County Commission about the new, exorbitant animal control contract on November 14th. Thus he has shoehorned his way into this series, which I’d intended to cover only the current four ethics violators. He started with an outright lie: “[Linda Gottwald] was going to move to Michigan anyway.” No, Linda was opening a second shelter near her parents up there, and was using it in part to adopt out big furry dogs that were previously unadopted in Monroe, spending years in hot cages. She was committed to extending her excellent service with the two shelters in the Middle Keys with the least euthanasia and a great price.

Second, Neugent read the Commission on Ethics finding of “no probable cause” to my charge that he misused his official position, as though that proved he was innocent. SO not true.  What I found out in my prosecution of my official complaints against Neugent was that the Florida Ethics folks NEVER sanction “misuse of official position” unless someone pleads guilty.  I went over 120 complaints of misuse over a two year period, and not a single official was sanctioned.

They are just like the Senate Ethics Committee.  USA Today reported that in the seven years through 2015, the first years the committee even made a report, there were 613 complaints filed, only 75 investigated, and NO, zero, sanctions imposed. They wrote 6 letters saying “Don’t do that again,” without releasing the names. As in Florida, the faux-ethics lapdogs serve to exonerate, not control the people they are supposed to monitor and sanction.

I didn’t know the fix was in when I contacted the Florida Commission on Ethics two weeks before Neugent’s hearing in 2016.  I was finally able to see the closed session transcripts on the SUFA case. They had dragged it out for 6 years, not settling with the poor innocent tax preparer, in order to let the case die of old age in the public’s memory.

Everything damning beyond the disclosure forms in this series on the commissioners came from those formerly-private transcripts.  I had twice as much about Neugent I reported to them in brief, and asked if I should send them the actual documents.

I actually took this as that they already had enough to convict, and needed no more.  Thus I was all the more shocked when they came up with their “No probable cause” ruling.

That is what has instigated my years-long and counting investigation of this miserable state agency. That’s why I found out that they have turned on us, the people, and punish the citizens instead of the malefactors. I also found out getting other types of convictions is a slam dunk, like the disclosure forms.  I figured out the system and used it for the only good it can do.

So Neugent was convicted on two years of forms and ten years of free memberships at the golf club, with a relatively measly $1,500 in fines and the oh-so-fearsome “Public Censure and Reprimand,” given to only a handful of officials out of the ~250 complaints filed in Florida each year.  Of course, maybe an ethics sanction matters in Florida somewhere, but not in Monroe, where most of the media does not even bother to report a successful investigation, much less do one themselves.

To review what George Neugent did to SUFA: He gave a friend and campaign donor a heads-up that SUFA’s contract was not going to be renewed, before they even had the meeting about her new contract, so the friend could form a new nonprofit full of Neugent’s friends, the dismal SHARK. They decided to use the bogus audit to take SUFA down, agreeing they also had to audit the other shelters to cover themselves. When I reported that SHARK was full of Neugent’s friends, they replaced those board members within a week. Neugent twice in the closed sessions tried to get the county to give Gottwald’s carefully-saved $250,000 in donations to his friends in SHARK.  Neugent led the way in illegally going after the innocent board of SUFA directors. When that finally got thrown out of court, they knew they would lose their case in front of a jury.  Neugent led the way in moving to settle: “It’s game over.”

Oh—by the way, they did not prosecute everyone on that board. They left out Lynn Mapes.  Why? Said Neugent, under oath: “Lynn’s a friend, a very close friend. [I’ve known him] 15 years or longer. Longer. 20 years.” For too long, it has paid to be George Neugent’s friend. If he runs, he will surely have a very long list of donors. No one has dared to say a word in defense of Neugent in my dozen columns on him.  Some years ago, I even mailed a copy of a critical column to Neugent’s 12 biggest donors, at the $500 level.  I asked them to rebut my criticisms or otherwise justify their support of Neugent.  None responded.  But will these donors again speak with their wallets?

9 Responses to “The Cause of Sylvia Murphy’s Ethics Violations: “An Expensive Weirdness” [and George Neugent Steps in It Again]  ”