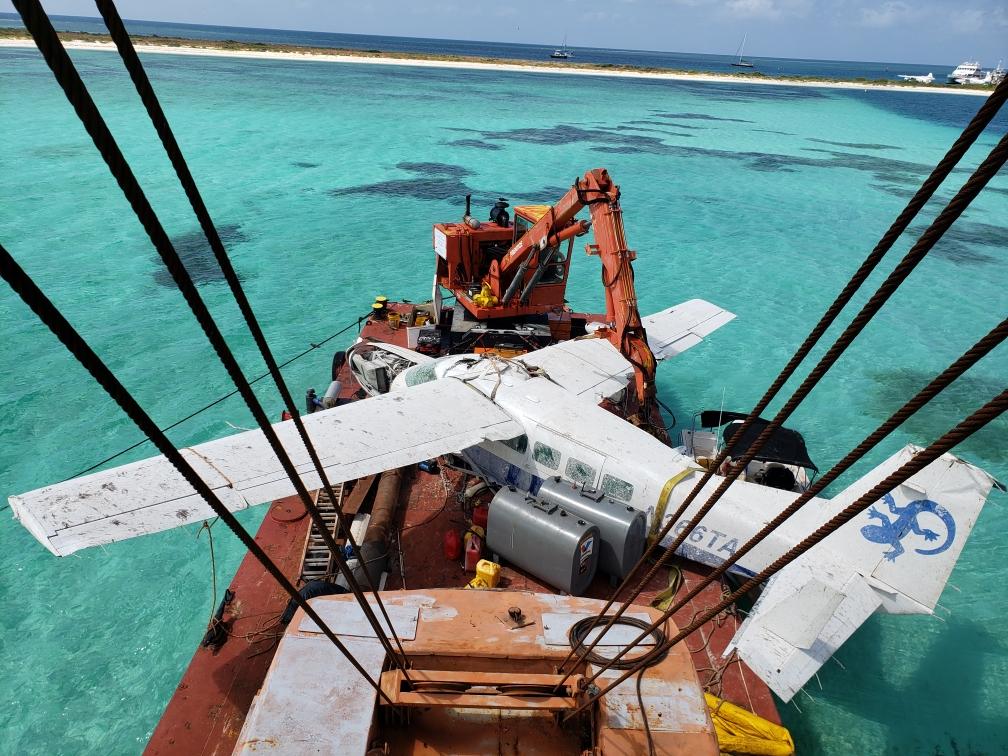 A recovery team arrived in Key West harbor today with the wreckage of a Cessna 208 amphibious airplane. The seaplane had gone down during takeoff from Dry Torugas National Park on April 23, 2019. The national park is about 53 miles west of Key West.

The plane, which was recovered in 50′ of water by local marine salvors, Abby Woerner and Dale Hebert, now sits atop a barge near Wisteria Island.

The plane’s wings will be removed and the wreckage will be trucked to norther Florida.

According to information found in a preliminary National Transportation Safety Board Aviation Accident Preliminary Report, the pilot and four passengers were not injured during the crash.

The report states that the noncommercial flight originated at Key West International Airport (EYW) and that the pilot stated he had landed into an easterly wind, north of the island.

After landing, he said he noticed the wind was greater than forecast, and he was unable to taxi to the beaching location. He elected to return to EYW. He maneuvered the airplane into the wind and applied takeoff power.

He described the takeoff run as “bumpy.” As the airplane reached rotation speed, the left float departed the airplane.

The airplane then nosed into the water. The pilot assisted the passengers out of the airplane and into a life raft. The airplane sank about 30 seconds later.

A National Park Service vessel responded and assisted the pilot and passengers. 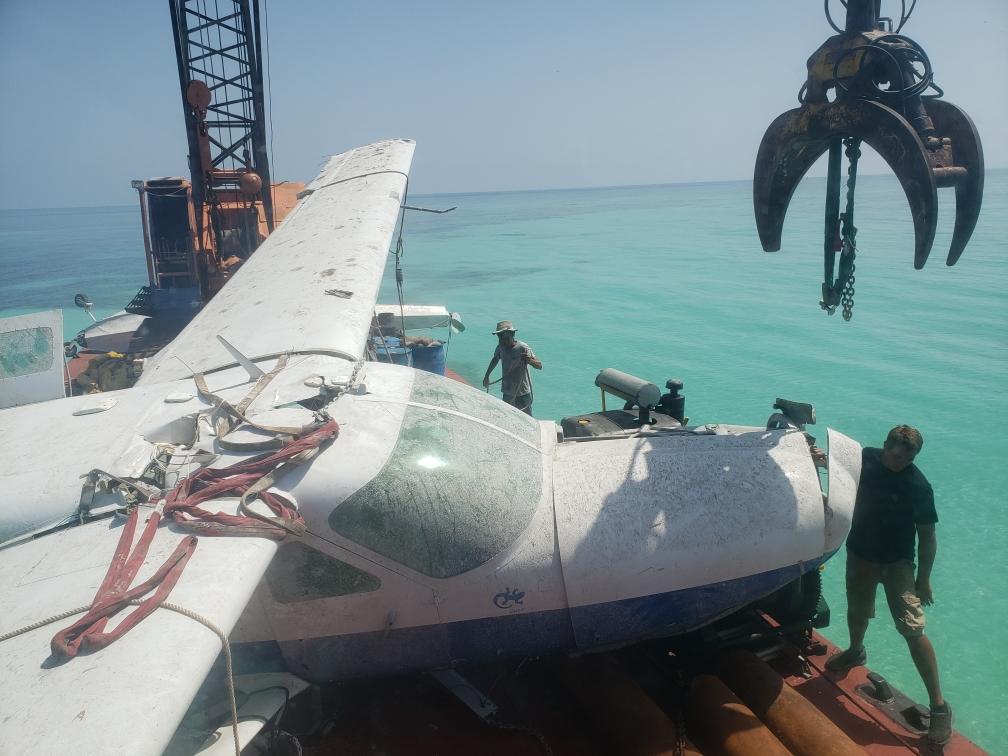 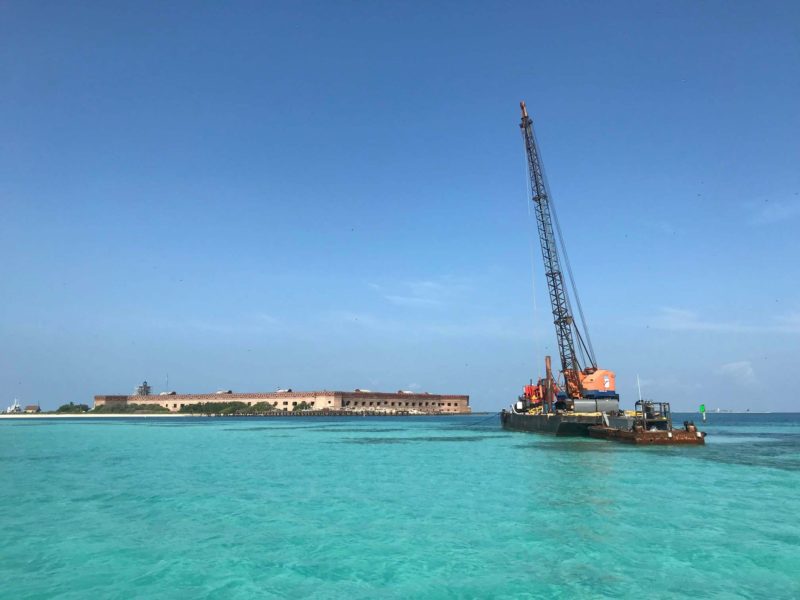 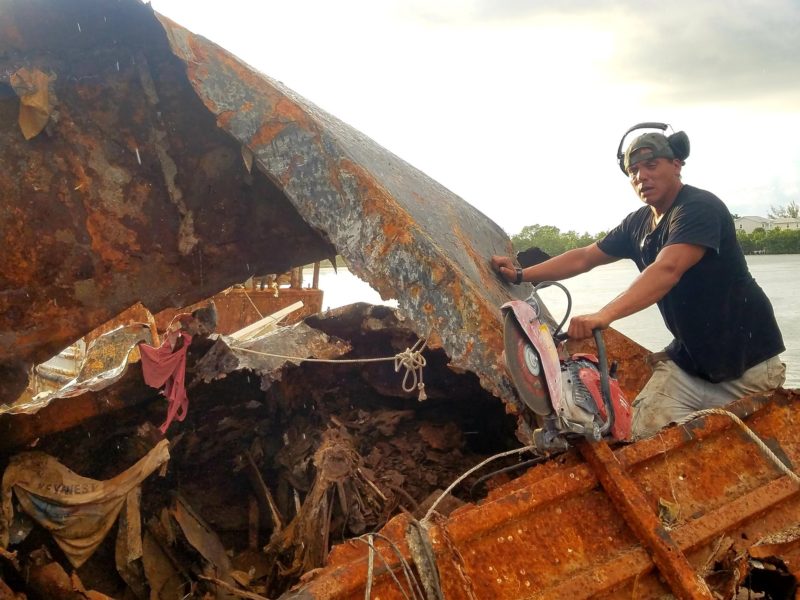 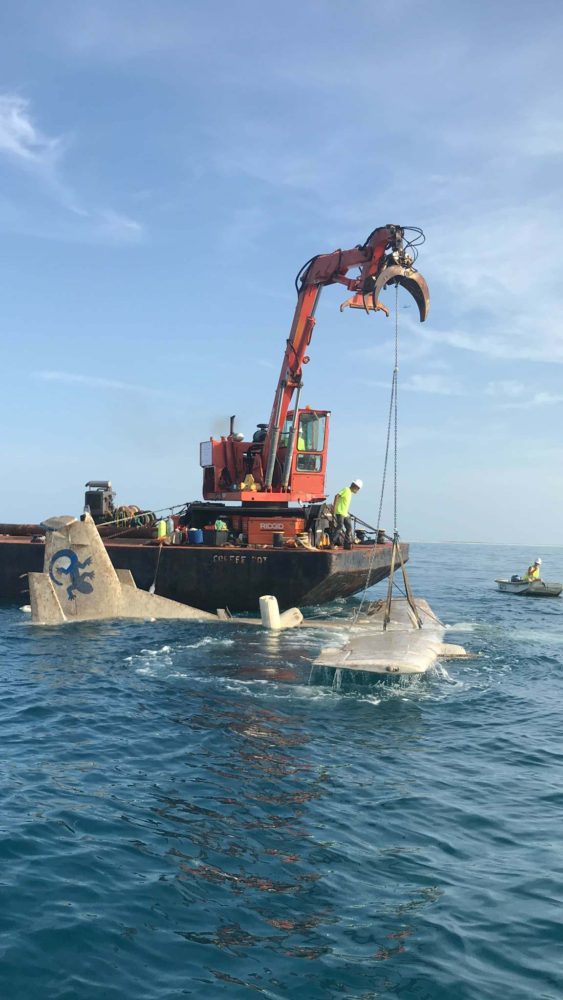 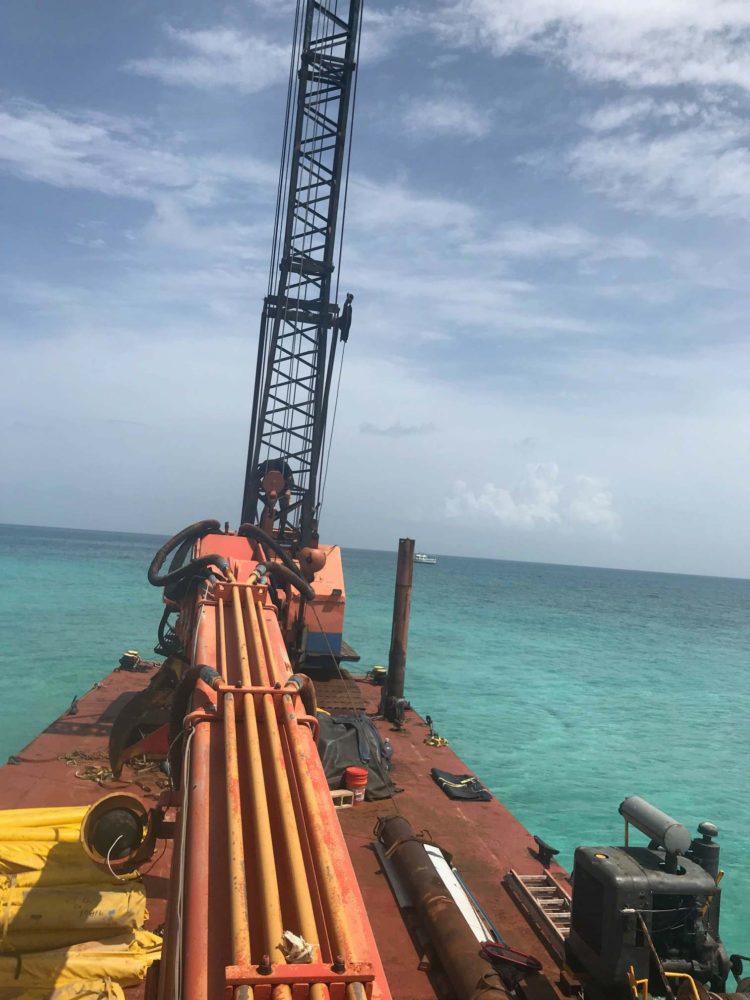 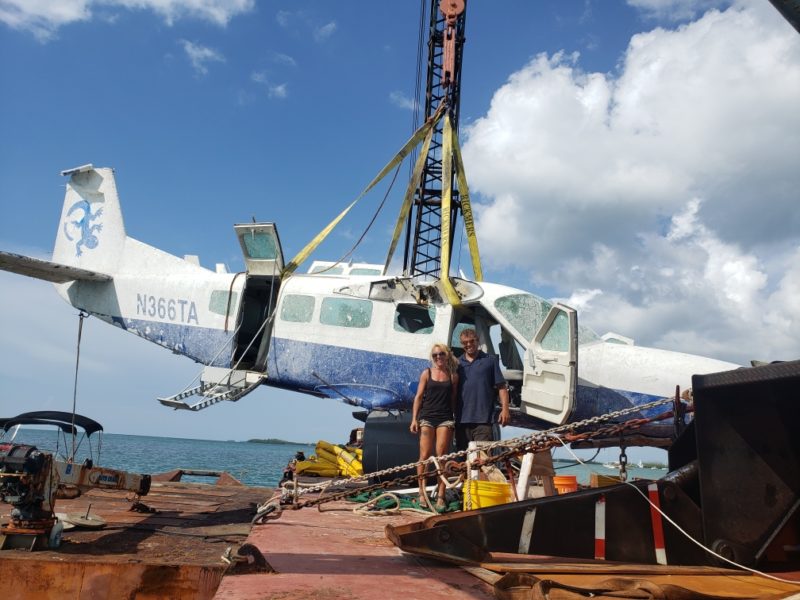 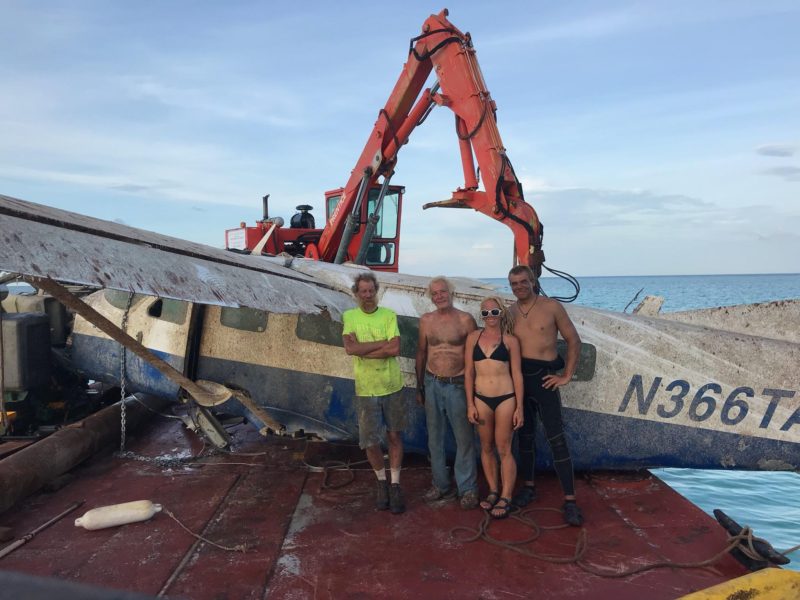 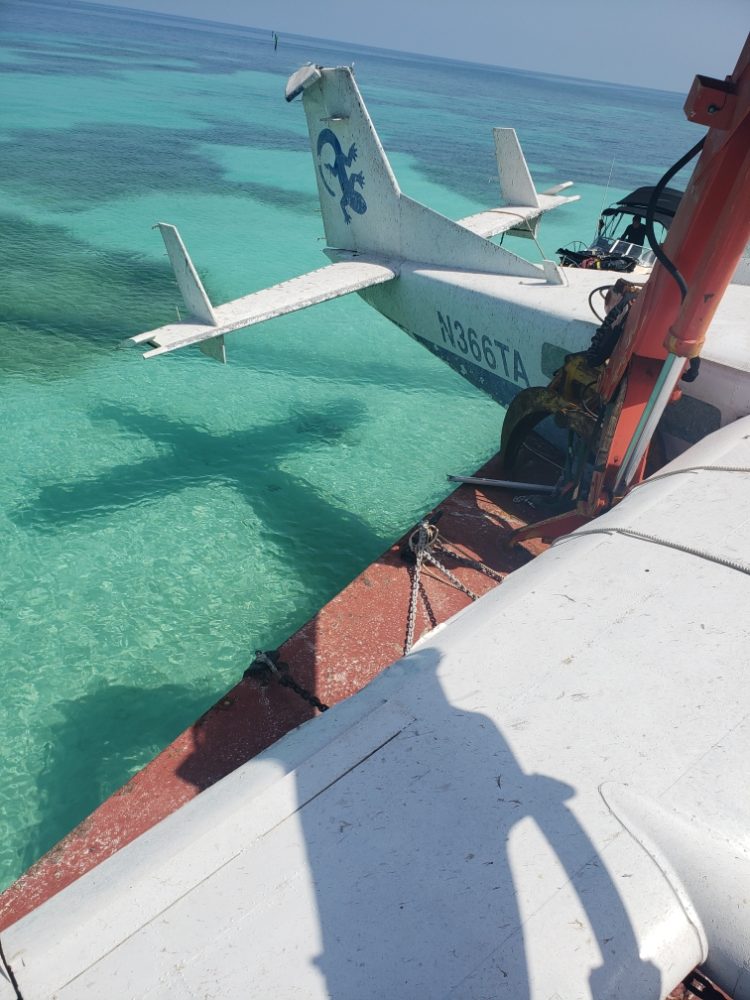 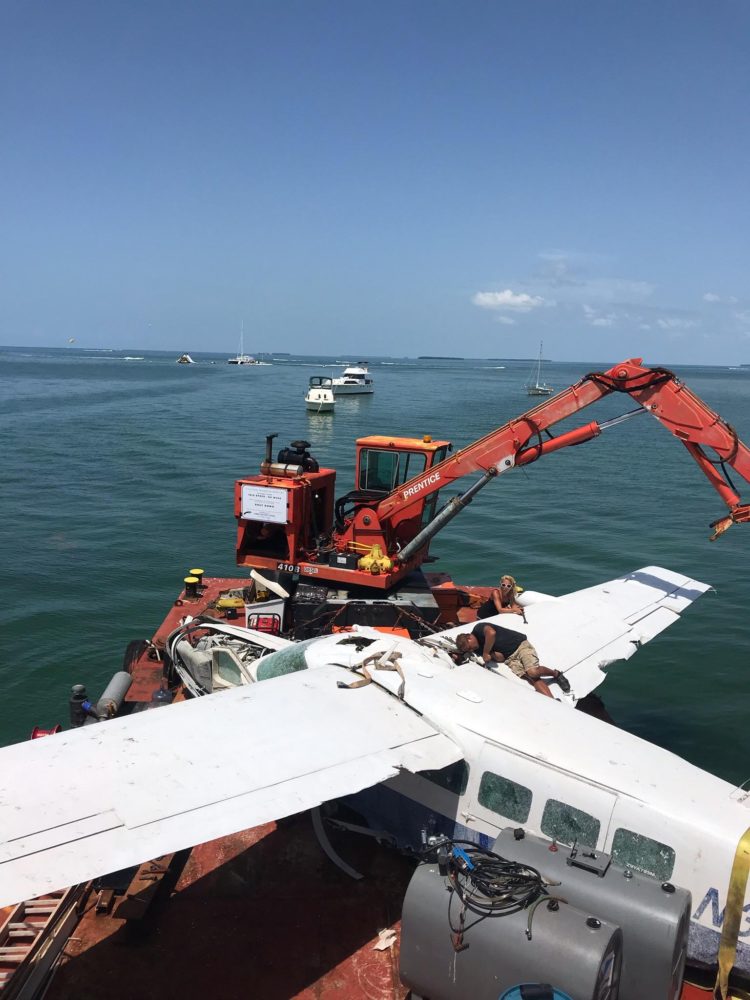 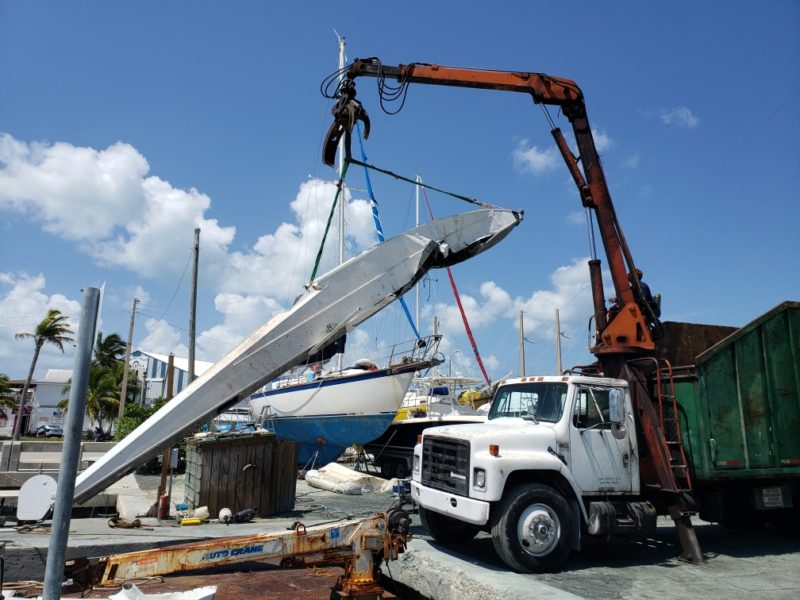 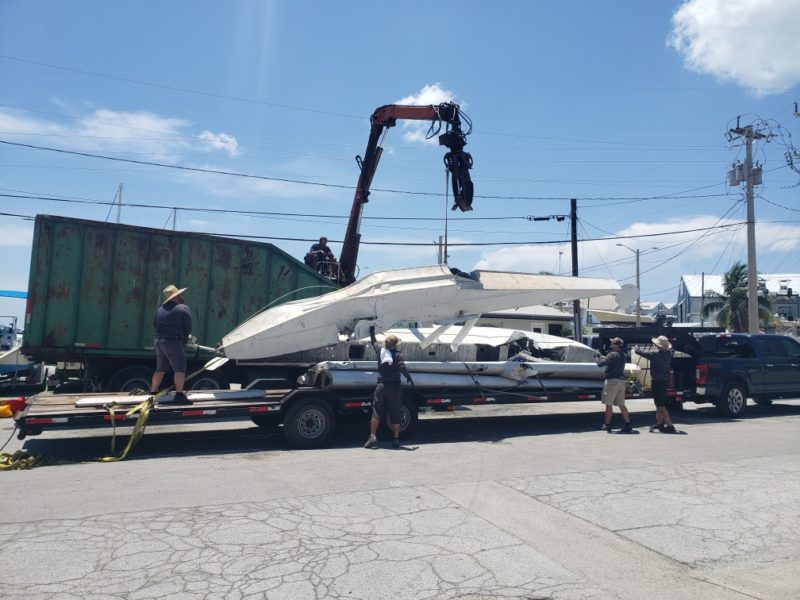 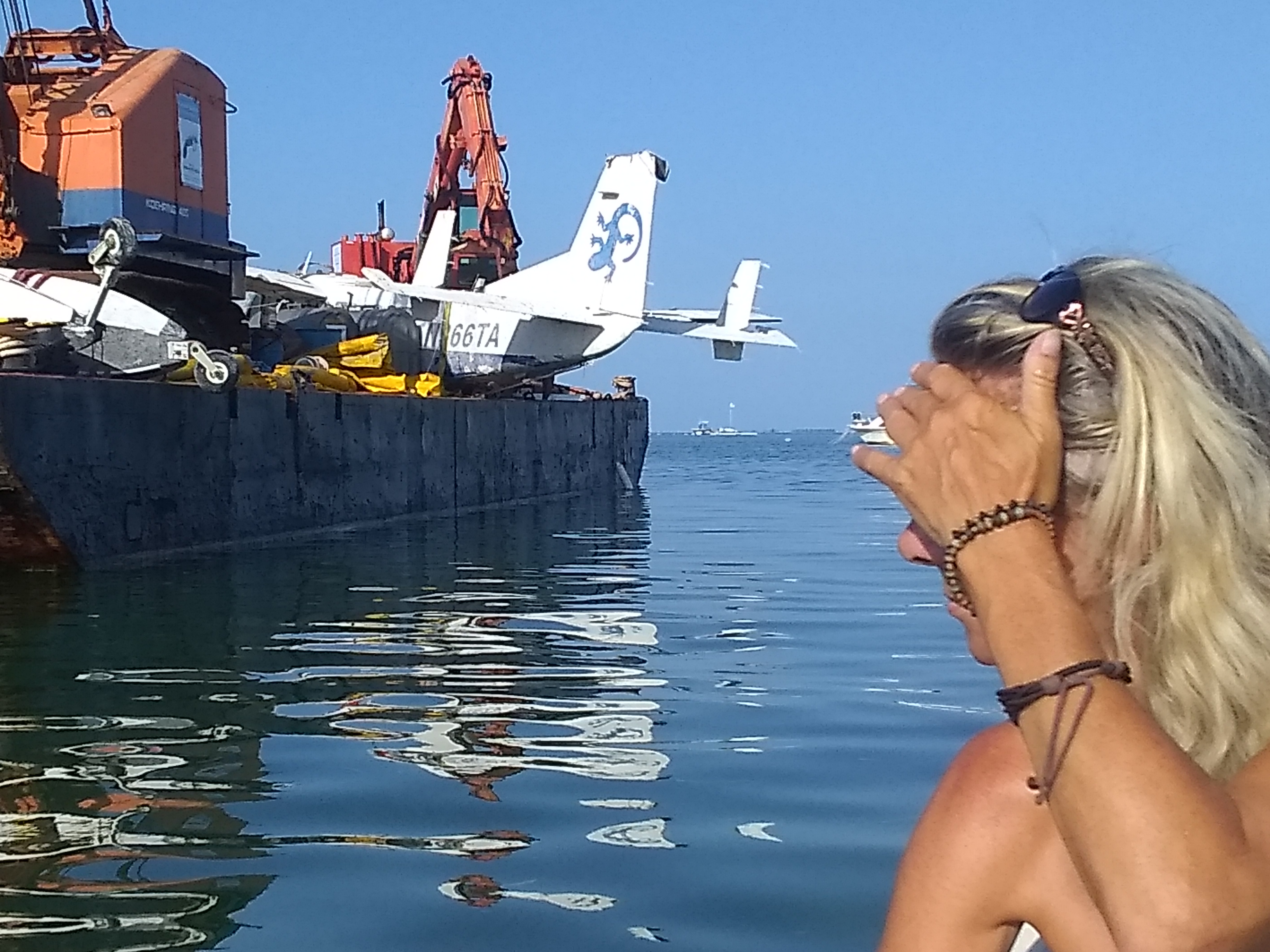 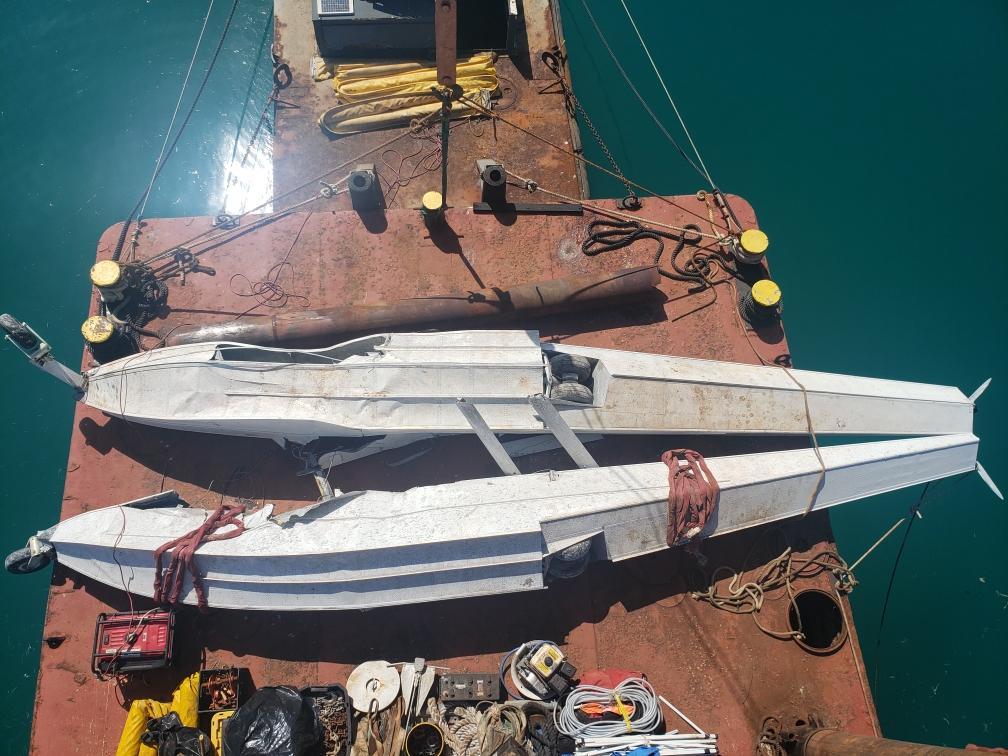