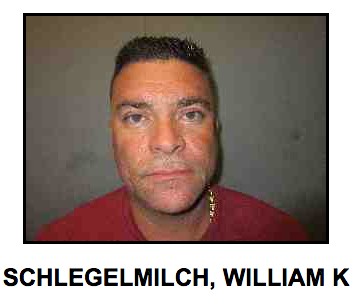 The Monroe County Sheriff’s Office reports the arrest of a sheriff’s deputy today after an internal investigation into allegations he falsified his time sheets to reflect he was working when he was not.

44 year old William Schlegelmilch has been assigned as the School Resource Officer at Key Largo School since he was hired in July of 2008. Investigations showed between March of 2015 and April of 2017, on at least 22 occasions, he recorded more work time on his electronic time sheets than he actually worked. The fraudulent time recorded has a monetary value of $3,073.

“It is our job to protect and serve the people of this county by arresting those who break the law. That includes members of our own agency, when they choose to do so,” said Sheriff Rick Ramsay. “It is in particular my responsibility to be a good steward of the funds our citizens pay for our service. I will not tolerate my own employees stealing from and defrauding the very people we are charged with protecting and serving.”

Schlegelmilch had worked previously for the Sheriff’s Office previously, from August of 2002 until November of 2006, first as a road patrol officer and then as a School Resource Officer at Plantation Key School. He resigned on November 20, 2006. Deputy Schlegelmilch was re-hired on July 7, 2008 as a School Resource Officer assigned to Key Largo School.

Deputy Schlegelmilch is charged with two felonies – grand theft and falsifying public documents. He is currently suspended without pay pending termination. His salary at the time he was suspended was $57,889 per year.

NOTE: Please remember all suspects are innocent until proven guilty.