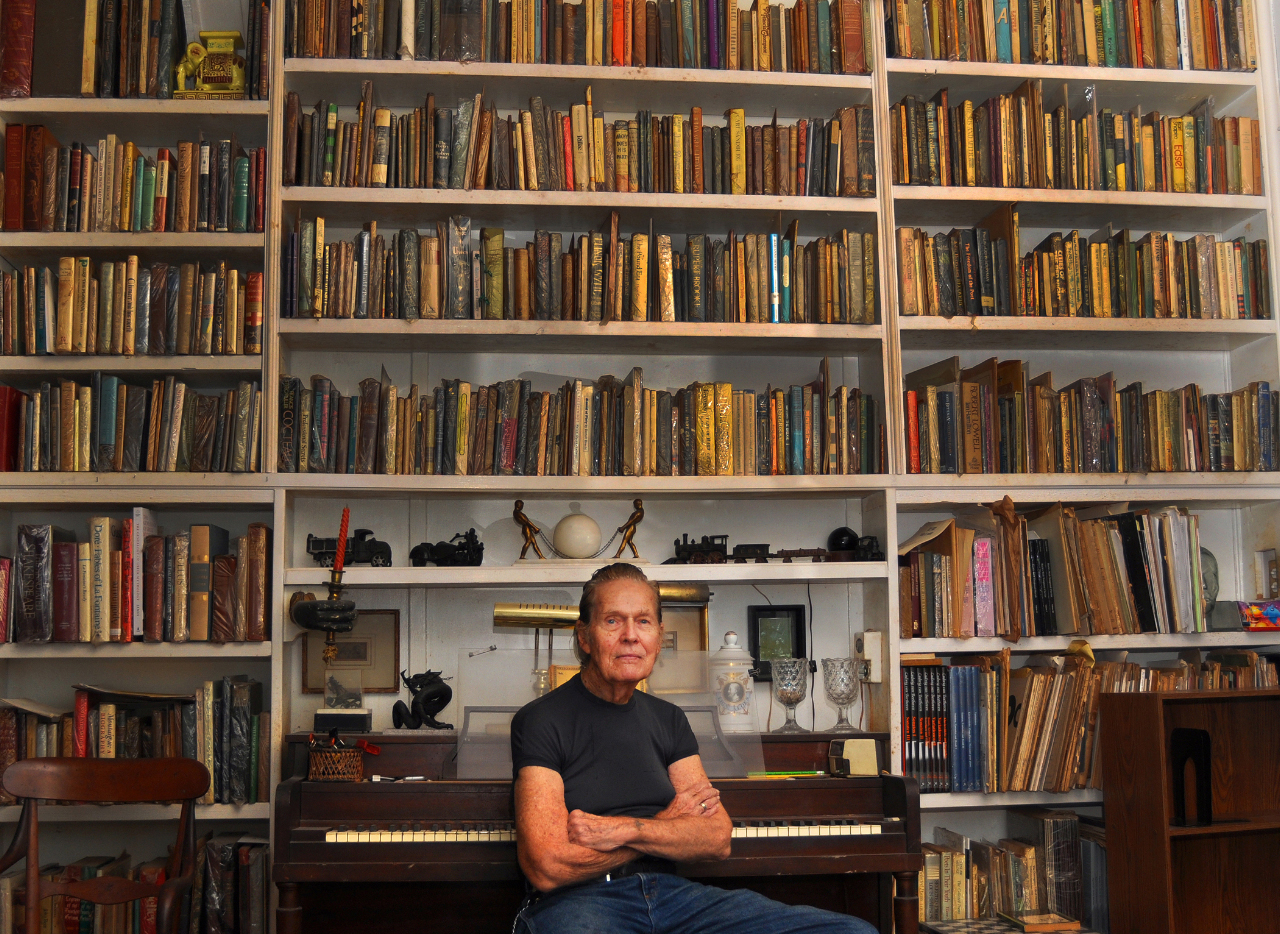 Sheri Lohr’s outfit, Seastory Press, has provided a service for those of us who have not yet been adored by the commercial, academic or popular institutions of our literary world. Eight or nine years ago she tried setting up an annual get-together at the Heritage House under the auspices of Jean Porter. Ms. Porter had originally encouraged local writers in her garden area, having already been a host to Robert Frost while Lawrence Ferlinghetti had been a personal friend whom I met at her house. Sheri’s experiment provided a show, advertising and sales for authors to handle for themselves, skipping agents and middle men. This has become a tradition for the last eight years at 322 Duval Street in back of the historical Oldest House, attracting both local authors and independent writers from the United States in general. Each author rents a table for five hours. The average cost for this comes to little more than the sale of one book since each author is his own sales person and accountant.

This reporter walked up to the first table he saw. Among Sue Merrell’s paperbacks were a mystery and a memoir. Her attractive calling card describes her as both author and critic with the email, merrellsue@gmail.com. She had come to this fair from Grand Rapids, Michigan. She was also a journalist, she said, having taken the advice from Mark Twain that to write well one should practice journalism.. I explained that I, too, had regular access to The Blue Paper on the Internet here in Key West and had a warm place in Michigan with its Presa Press in Rockford. The Internet identifies Ms. Merrell as as www.suemerrellbooks.com.

Brian Simpson came from St. Petersburg, also with a single book, a novel, Island Dogs at Amazon. He hastened to tell me his second novel is on its way.

Seventeen Steps of Stone. Escaping Paradise is available on Amazon and Kindle. Cal and Joan Coolridge, joint editors, tell us, in 230 pages, about the hotel they established in the Caribbean after a life in suburban Washington, D.C.

I had a discussion with Daniel P. Hochreiter on his first book of 312 pages of automatic writing which we both had experienced. On the cover is a colored painting of a bucolic sea with a boy standing by his motorized life-boat with the explicit name on it, which is the book’s title as well, Luv I Sam. This is a transcription of an uneducaed man’s language in the Islands, meaning that love is what identifies who I am. This author is visiting rom Rochester, N.Y.
Page 2 of three pages. Sheri Lohr.

The last table was attended by a J.D. Adler whom I had seen around town. He is connected to the handsome poetry magazine, Decimus, which has just come out with its third issue. Mr. Adler, a novelist and poet with a collection, Daughter of the Son. He was also displaying a collection of poems, Beautiful Chaos, by Jose Gomez that has gotten a lot of talk. A review of it is expected to come out in The Blue Paper.

I want to mention that Alyson Matley stepped up to me and signed her earlier book of reflections, A Key West Concoction. She edited a newspaper in Key West, Cayo, for which I had been the poetry editor. Alyson lives here with Kevin Crean, the photographer. Like so many of us, she has become a permanent resident of this town. Her origins are in Reno, Nevada.

Kristina Neihouse had a large table, being an employee representing Key West Island Books at 513 Fleming Street which handles new and rare books as well as, “for our crowd,” many local poets and writers.