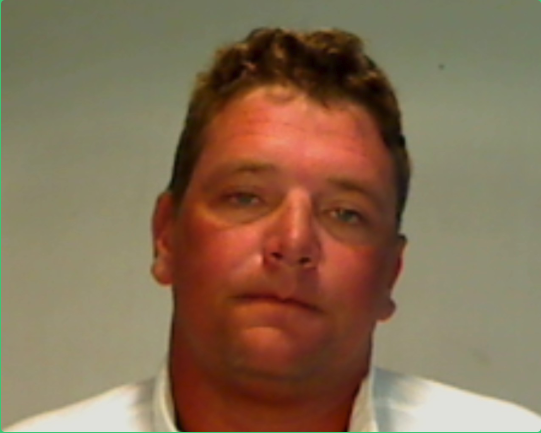 Dusty Ray Clark, a 37-year-old Big Pine resident, was arrested after Sheriff’s deputies responded to reports of people “popping off rounds” in a white Chevy van that had just left the Brass Monkey bar.

At about 11:20 pm Friday, 911 Communication Specialists advised deputies that the van was headed south on US 1.

Deputy Daniel Hill spotted the van, going 70 mph in a 55 mph zone south of that location on U.S.1 and got behind it with Sgt. Lissette Quintero providing back-up.  The van nearly struck a barrier wall on the Seven Mile Bridge.

Deputies stopped the van and took the driver, identified as Clark, off the bridge for safety reasons to conduct field sobriety tests as he was slurring his words, stumbling and couldn’t stand up without using a vehicle for balance.  Clarks had a passenger on board who has not been charged with any crimes.

While waiting for transport to jail, Clark claimed Deputy Hill sexually assaulted him. Clark failed to provide details as to how that assault occurred, but due to the claim, he was taken to Fisherman’s Hospital to be medically examined. Once at the hospital, faced with the prospect of a sexual assault forensic exam, Clark reportedly denied making the sexual assault accusation. He was medically cleared at the hospital and then taken to jail.

A search of the van was conducted by Sgt. Quintero while Deputy Hill was conducting the field sobriety exercises. Clark denied there were any illegal weapons in the vehicle prior to its search.

A bottle of vodka and three firearms including a loaded 9mm Glock handgun, a loaded .22-caliber Shockwave rifle, and a .22-caliber handgun hidden inside a book (with pages removed to conceal the firearm) were found in the van. Whether or not any guns were actually fired remains under investigation. There were no injuries reported.

Clark was charged with DUI, carrying a concealed firearm without a license, possession of a firearm or ammunition by a convicted felon, making a false police report and driving without a valid license.

More charges may be filed in the case.

Note: Information in this crime report has been provided by area law enforcement. Please remember all suspects are innocent until proven guilty.