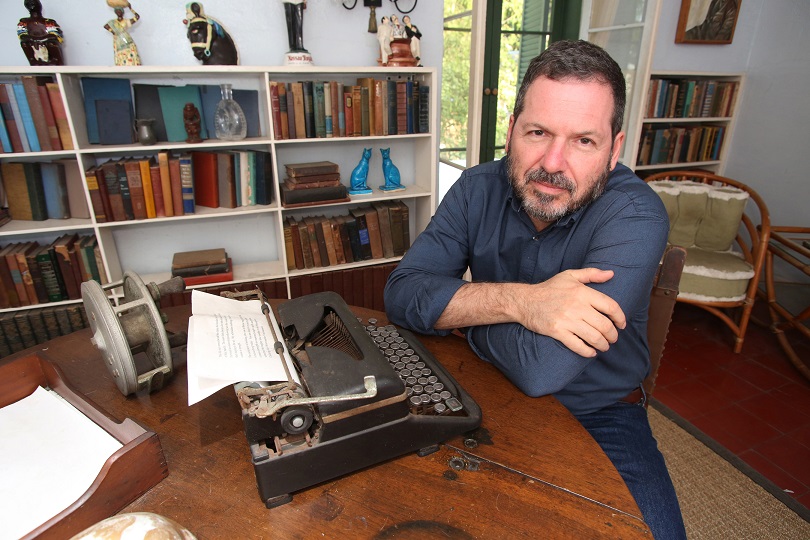 Event organizers have announced that John Hemingway, grandson of the late Nobel Prize winning American author Ernest Hemingway, is set to be a special guest speaker during the Mystery Fest Key West, an annual gathering of award-winning and bestselling mystery fiction and true crime authors and the readers who love them, set for June 16-18, 2017.

The American-born, Canada-based writer and translator’s articles and short stories have appeared in American, Italian and Spanish newspapers and reviews. He was a contributor to the “Murder In Key West 3” short-story anthology (“Nacho y Lucrezia”) and his critically acclaimed memoir, “Strange Tribe” (Lyons Press, May 2007), examines the complex relationship and striking similarities between his father, Dr. Gregory Hemingway and his grandfather, Ernest.

A riveting storyteller, John has run 16 times with the bulls at the festival of San Fermín in Pamplona, Spain, a Spanish tradition that dates back to as early as the 14th century. A father of two, John currently resides in Canada with his wife Kristina. The author took a few questions in advance of the Fest:

Q: “Strange Tribe” is a memoir and much of your writing is about true-life events, such as running with the bulls in Pamplona. Was “Nacho y Lucrezia” your first go at mystery fiction?
JH: Well, it’s a short story, and like much of my work it’s based on true-life events – except with some exaggeration, and a murder…

Q: When you write, do you outline or go with the flow?
JH: I hardly ever have an outline; almost always go with the flow, unless it’s something I’m writing for a magazine. For example, the last one I wrote for Ducks Unlimited, I had an outline and knew exactly what I wanted to do.

Q: Do you think in words? Pictures? Both? Other?
JH: Well, yeah, that’s kind of interesting: I think about situations, scenes, whatever, and then of course you have to describe those scenes in words – and that’s how the story takes its course.

Q: Your age when you wrote your first story/article?
JH: In my teens.

Q: How old were you when you realized the impact of your last name and lineage?
JH: When I was younger, I thought “this will all blow over by the time I’m in my 20’s. But no, he (Ernest) was still there. I started reading his stories when I was in my teens.

Q: Do you have a writing ritual or quirk?
JH: I’ll procrastinate as long as I can.

Q: When I am not researching, writing, or promoting, for fun I…
JH: …take my wife Kristina to the movies.

The 2017 Mystery Fest Key West is sponsored by the Monroe County Tourist Development Council, the Key West Citizen daily newspaper, Mystery Writers of America – Florida Chapter, the Florida Keys Council of the Arts and supported by the Marion Stevens Fund at the Community Foundation of the Florida Keys and the Helmerich Trust. Registration includes all panels, presentations and four meals and is $195. For a full Fest schedule, online registration and links to accommodations visit mysteryfestkeywest.com