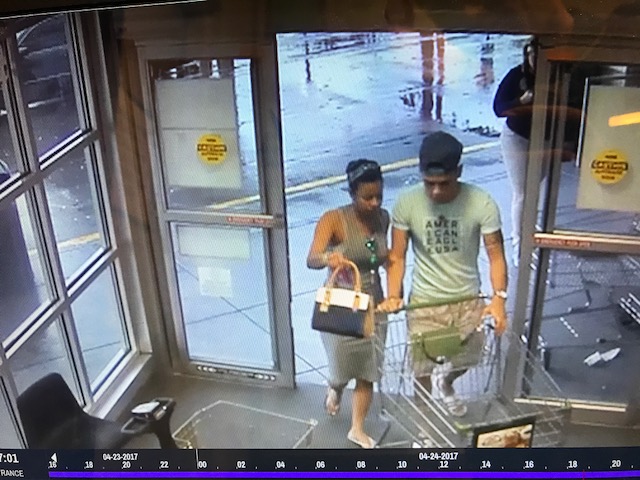 Deborah Johnson and Vincent Torres responded to Publix grocery store in Marathon Tuesday afternoon. The manager wanted to report a theft of groceries the day before.

The manager produced a surveillance photo of a couple who came into Publix in Marathon at 6:45 p.m. on Monday. They had an empty shopping cart, as if shopping. They Walked around the store and filled a Publix plastic shopping bag with items. They also put items into the cart.

After they were done, they walked up to the customer service desk with the bag of items and said they wanted to return them from a previous purchase. They were given store credit for the items which they then used to purchase the items in the cart. Store employees realized what happened after they left.

Suspects are a Hispanic male and female in their 20s. He has star tattoos on his left arm and they both have facial piercings on their cheeks

Callers who wish to remain anonymous can call Crime Stoppers of the Florida Keys. If a Crimestoppers tip leads to an arrest, the caller would be eligible for a cash reward. The Crimestoppers hot line number is 1-800-346-TIPS. Tips may be made anonymously on line at www.tipsubmit.com or via a text message to 274637 using the keyword TIP136.