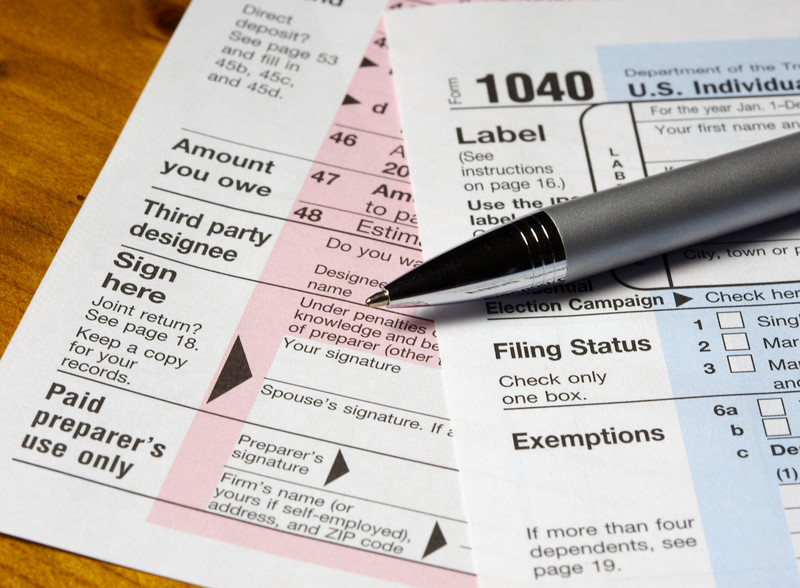 An anonymous announcement of a forthcoming public announcement: On April 26, an anonymous White House source says, the Trump administration “will outline our broad principles and priorities …. We are moving forward on comprehensive tax reform that cuts tax rates for individuals, simplifies our overly-complicated system and creates jobs by making American businesses competitive.”

That sounds very nice. But given the administration’s previously revealed “principles and priorities,” it’s reasonable to expect a heaping helping of economically dumb protectionist tinkering floating atop a billowing cloud of hot air.

If Trump, his administration, and congressional Republicans were serious about real tax reform (they aren’t, but if they were), I’d expect to see two major initial proposals: A measure increasing the “personal exemption” to the federal income tax once a year, every year, automatically, and a “FICA floor” that likewise increases each year.

The personal exemption is part of the amount an individual can earn each year before being taxed on income at all (the other part is either taking the “standard deduction” or itemizing and adding up specific spending that’s deductible). For income earned in 2016, the personal exemption is $4,050 (with a “phaseout” starting at $150k; that “phaseout” should be eliminated as well).

Automatically increasing the personal exemption each year and eliminating the phaseout would have two effects: It would cut taxes for everyone who pays them, and it would take the lowest income Americans off the income tax rolls altogether.

Since the Reagan era, tax cut proposals have been aimed at cutting top rates on the basis of a “supply side” theory — that rich entrepreneurs who get tax cuts will invest their retained wealth in new businesses that create jobs. But there are two sides to an economy, supply and demand. Cutting taxes for everyone, starting at the bottom with increased personal exemptions, would spur economic demand. That demand would be just as good for those entrepreneurs, and better for everyone else, than “supply side” cuts.

FICA taxes are used to finance Social Security and Medicare. They are regressive taxes which, due to collection ceilings and life expectancy differentials, force lower-income black males to subsidize retirement and healthcare for higher-income white females.

Yes, retirement income and post-retirement healthcare expenses are important. But so is making a living. A FICA floor — a “personal exemption” income amount below which FICA taxes aren’t collected — would let low-income Americans keep and use more of their money now instead of hoping to live long enough to claw some of it back later.

As a libertarian, I would prefer to see the income and FICA taxes eliminated altogether. Failing that, we should at least do what we can to get the government spending monkey off the backs of the poorest among us.

Yes, there is a grass roots organization pushing these two common-sense tax reforms. Disclosure: I am a member of that organization and sit on its steering committee. It’s called the Mobilization for Incremental Tax Exemption (catchy acronym: The MITE). You can find it on the web at TheMite.org.