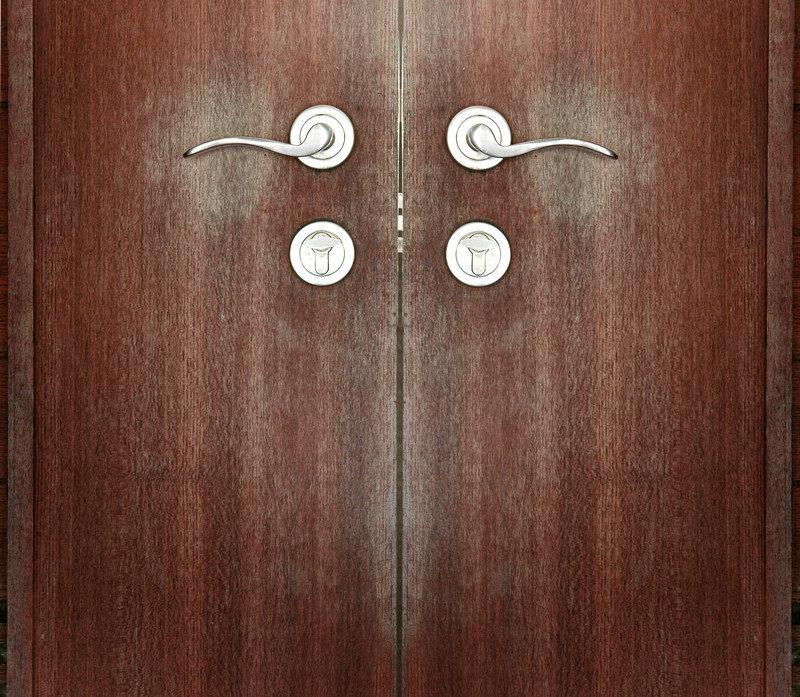 Taking a look behind the scenes at the ill-fated 55 million dollar Peary Court purchase proposal has opened a door into the shadowy marshland of Key West politics.

An investigation by The Blue Paper reveals possible Sunshine Law violations, officials concealing information from the public, and a blurry line between public office and the interests of private organizations.

Last July during a City Commission meeting, Commissioner Jimmy Weekley announced that he had reached an agreement with the owners of Peary Court: The City could purchase the property for 55 Million dollars.

The announcement received mixed reactions since the Commission had not authorized any negotiations and Peary Court had been sold just two years earlier for 35 million.

In time the public learned that the 55 million dollars would only buy a portion of Peary Court. The deal with the mysterious anonymous owners got murkier but one by one, the members of the Mayor’s Advisory Committee and a majority of the Commissioners changed their views and began to support the purchase.

In 2012, when Peary Court could have been purchased for only 35 Million, Mayor Cates said he didn’t believe the City should be involved in buying residential real estate.

This time around, Commissioner Clayton Lopez said he found the deal “too rich for [his] taste.”

Maureen Bramlage, who later sat on the Mayor’s Advisory Committee, wrote a Letter to the Editor in The Blue Paper condemning the deal.

But they all changed their minds. When trying to understand how that happened, we discovered an opaque process, that arguably violated Florida’s Sunshine Law and the public trust.

We asked to see the Mayor’s Affordable Housing Advisory Committee’s meeting minutes; but there were no minutes. We asked for any work product such as notes, lists of speakers and consultants that had met with the Committee, but that was also denied; we were told the Committee was not subject to the Florida Sunshine Law.

We appealed to the City Attorney, Shawn Smith, who quickly advised City staff that any documents produced or gathered by the Committee ‘s secretary were indeed public records.

Under Florida’s Sunshine Law [Florida Statute Chapter 286] Advisory Committees [even those appointed by one elected official] are generally subject to the Florida Sunshine Law. [See the League of Florida Cities’ memorandum on the subject here.]

The Committee’s mission statement clearly defines it as an “Advisory” Committee that was to make “recommendations” that would later be brought to the City Commission by the Mayor for discussion. As such, it appears the meetings should have been advertised, public attendance allowed, and minutes should have been kept. 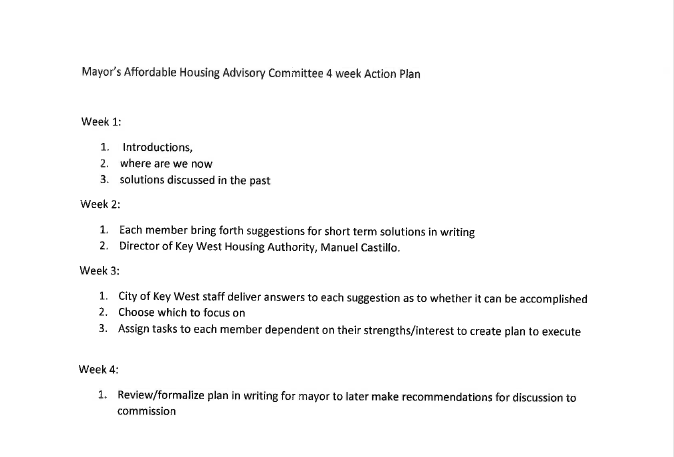 The public would then have had the opportunity to know who had appeared before the Committee and what had been said and why the recommendation to buy Peary Court had prevailed as the number one choice. Instead, all meetings were held in private.

After embracing the Peary Court purchase, the Advisory Committee morphed into a Political Action Committee. Some members, who had initially made recommendations to the Mayor, were now members of a PAC headed by Commissioner Weekley, seeking private funds for the PAC’s Peary Court purchase campaign. The PAC ultimately received about $19,800 in contributions. The money was used, for the most part, to purchase campaign promotion materials, for advertising, and to conduct a poll of Key West voters.

When we asked Commissioner Weekley why the poll results had never been published and whether we could see the results now that it was all over, Commissioner Weekly told us the PAC is a private organization that isn’t required to make anything public.

Blue Paper: “As a City Commissioner don’t you believe the public should have as much information as possible?”

Weekley: Well, that poll belongs to the PAC.

Blue Paper: But you were the head of the PAC…

Weekley: And there is nothing wrong with that; many elected officials are also members of PACS.

Monroe County, Marathon, and Islamorada all have formed Affordable Housing Advisory Committees. However, their agendas and meetings are advertised, their meetings are public and they do produce and share their minutes.

While several City Commissioners were publicly pushing for the purchase of Peary Court, The Blue Paper received a tip advising that a party, not named, had offered to purchase Peary Court and deed restrict it “affordable” in exchange for increased density. [Essentially what the City was proposing to do.] We were told that party had even sent a letter to the City and that we should request a copy. This was about 2 weeks prior to the referendum but when we asked for a copy, the City Clerk said no such letter existed in the City’s files.

Keep in mind that PAC members and Commissioners who were promoting the Peary Court purchase were claiming that if the City didn’t purchase the property then surely the existing rental units would be lost via conversion to high-end housing.

Here is the PAC’s FAQ about that [still on the PAC’s website to this day]:

Yet just a few days after voters had responded with a resounding “no” to the purchase referendum, Mayor Cates announced that someone, unnamed, was offering to purchase Peary Court and deed restrict it in exchange for a density bonus. Did Commissioners know about that alternative prior to the referendum? [Commissioner Weekley said he didn’t.] Was that important information about an alternative solution purposefully withheld from the public –together with the poll results, mold inspections, and the very square footage of the property being purchased?

Regardless of whether the Mayor’s Affordable Housing Advisory Committee did or did not violate the Sunshine Law, it should operate in the Sunshine. And it should receive public input as to what is considered truly “affordable” in Key West. Obviously, voters do not believe that $2,400 / month for Peary Court apartments qualifies as “affordable”.

Mayor Cates, has responded to the Sunshine Law issue:  “I spoke with the City Attorney,” said the Mayor, “as long as the committee was only a fact finding committee – it didn’t have to operate in the sunshine.”

However, Mayor Cates also said the effort to do something about the housing crisis needs as much input as possible and he plans on organizing public workshop[s] in the near future.