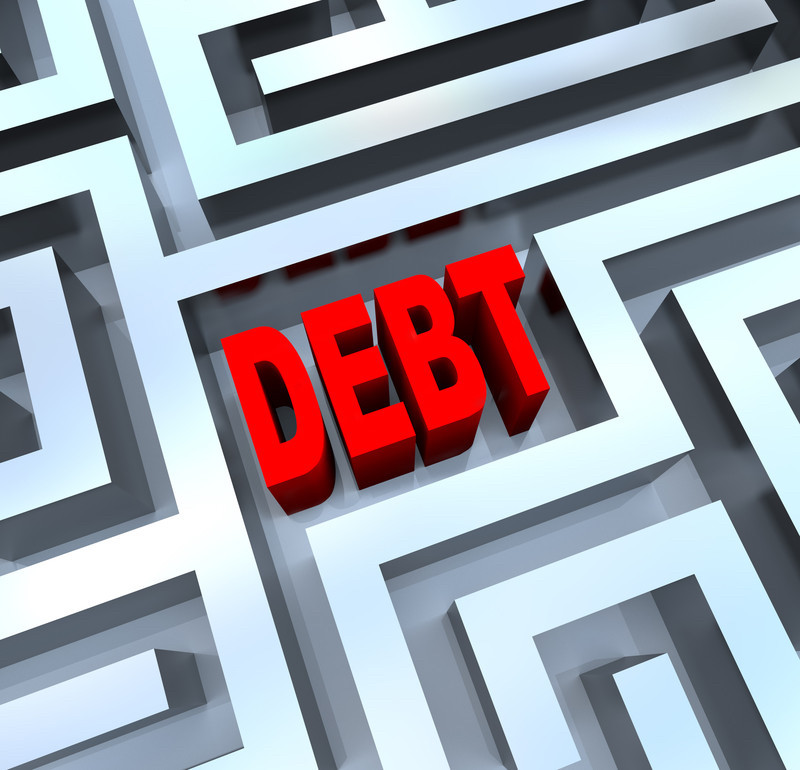 Key West, an island seven miles long with 7.4 square miles of land mass, is saddled with almost $107 million dollars of long-term debt.   City Commissioners have asked voters to approve yet another $55 million dollars in debt. Their appeal is couched in humanitarian concern for low-paid workers who need “affordable” housing, Ironically, such workers are often employees of the very City Commissioners who want KW government to subsidize housing for their exploited employees.

Key West needs affordable housing, but committing our government and its taxpayers to a new and extremely high long-term debt to purchase Peary Court is not the way to go. As Key West Senior Planner Kevin Bond[i] explained to Key West City Staff in February 2015, “The Poinciana Plaza housing complex has been a reservoir of affordable and workforce housing from the time” the city bought it in 2004 from the US Navy. Poinciana has three housing parcels: Poinciana Royale (50 units), Kathy’s Hope (16 units), and Casa de Meredith (16 units). This land parcel, of 28 acres still has land open for new units.

I propose that Key West government turn the Poinciana Housing into mixed social class housing to include low income renters along with better paid ones. Key West government might be able to fold some new expenses into the Poinciana Complex’s existing debt, use its current housing revenues as collateral for future bond issuances, and secure funding from US Housing and Urban Development to rehab units for the lowest income residents, especially to include special needs upgrades .

The Poinciana Housing Complex’s remaining land can be used to build new apartments for workers with incomes that are not over 70% of the region’s median income—our city’s teachers, fire fighters, law enforcers, and others who fall into that general income bracket. And unlike Peary Court, the Poinciana Complex is close to affordable markets, hardware, home merchandise, clothing and other stores. It is also close to schools and medical offices and has excellent access to city transportation into Old Town.

On the face of it Key West seems solid financially. However, at the same time, it manifests some tell-tale signs of cities considered “distressed.” Not Detroit, Michigan, or Stockton, California’s ‘belly-up-distressed.’ The bell needs to be sounded for fiscal indicators that could point to ‘on-the-way-to-being-distressed.’   A very good and appropriately cautious Finance Director, Mark Finigan, believes that Key West is economically solid. But would Key West be if it added $45 million in Peary Court debt?

Here are some indicators that banks and other money lenders might look at when deciding upon extending a $45 million-dollar loan to Key West government for the purchase of Peary Court:

Research on cities across the US has consistently found that when municipalities are fiscally stretched they short-shrift workers’ pension funds. In addition to that possibility, the remarkable decline in KWHA’s payments toward its own workers’ pensions (KW government pays its share in full regularly), could indicate that the Authority—finding current Poinciana rent revenues insufficient to pay the principal and interest on their housing complex revenue bonds–deems it necessary to use pension fund payments to service their bond debt.

If Key West government and its taxpayers have to pick up the tab for KWHA’s revenue-bonded properties the city could use revenues from sales taxes. These have already spiked sharply and consistently upward and Key Westers are soon going to the polls to consider yet another sales tax increase.

Key West government, like most other US municipalities, reports its debt in two categories: short-term and long-term. Since voters are about to consider letting Key West government take out more long-term debt, that is the focus of this Blue Paper article. Long-term debt—the monkey on our backs who hangs around like a really bad and enduring hangover— usually takes the form in Key West of floating a revenue bond to investors. Fausto’s Food Palace head, Jimmy Weekley, Historic Tours of America’s chief, Ed Swift, and the “Housing First” PAC set up by Weekley with a generous donation from Ed Swift, want voters to approve a new revenue bond so that the City can purchase Peary Court. ‘How can anything go wrong with that?’ supporters say.   ‘After all, the bond will be paid annually from Peary Court rent revenues!’ Their steady-state economics ignores the fact that our seven-mile island will continue to be on the track of destructive hurricanes that could devastate at lease some portion of Peary Court rentals. It disregards the potentially expensive maintenance on Peary Court’s aging buildings that might exceed rent revenues. And no one asks whether an exceedingly expensive Peary Court purchase would seriously burden our city government’s (and taxpayers’) own budgets for a very long time.

Can Key West really afford more debt? And that question generates another one: how much debt does Key West now have? Answering the latter question is not as easy as it seems because, “There’s Debt and Then There’s Debt.”

One might initially assume that the main stumbling block to discovering Key West Government’s current indebtedness would be that the city’s end-of-year reports (CAFRs) have had a number of graphic presentations that specifically omit revenue bond debt. Luckily I found some data in those reports that included revenue bond debt in the city’s calculations of all long-term debt.   I also found that City government had a calculation of all residents’ ‘debt load’ from this long-term debt of our city. The city’s calculation gives a relatively sunny picture of debt for the period from 2010 through 2013: Within each of these years the city’s debt burden decreased.

However, the previous sunny debt figure provided by Key West government is misleading; Key West residents actually carried a much heavier debt burden in 2013 than $1,356 dollars–a fact that I could only learn by examining what Key West government’s calculation had left out of its equation.

Calculating Municipal Debt When Some Debt is Excluded: Huh?

Well, for example, the debt on housing for poor folks was excluded from the Key West government’s calculus. Through a crafty slight-of hand, debt on Key West properties was handed over to the KWHA, at least as far as I can see. This slick strategy even has a name: “Conduit debt.” When a government issues municipal securities for investors to purchase—for example, selling revenue bonds as a way of financing a land purchase or/and rehabilitation of a land parcel’s structures–such as in 2003/2004 when Key West needed $16,000,000 to purchase the Poinciana Complex and its land from the US Navy. Enter the “Conduit Loan”: a “third party” is designated to collect rent revenues and make annual or semi-annual payments to the revenue bond’s investors. In the case of Poinciana Housing, the Key West Housing Authority (KWHA) became the “third party” responsible for living up to the bond’s loan agreement. However, if the bonded project fails—for example, goes into default because of falling rent revenues, or hurricane destruction of dwellings, or a fire—then the actual conduit bond issuer—in this case, Key West government and its taxpayers, cannot be held directly responsible for paying the bond’s interest and principal. No responsibility for the debt seems to equal not including the Poinciana debt in city government measures of its total debt load. In any case, according to Finance Director Mark Finigan, Key West government maintains funds on hand to cover default events, which, of course, are filled with taxpayer money.

While Key West government states in its end-of-year CAFRs that “the City is not liable on the [revenue] note [for Poinciana Housing and land],” in fact, all Key West residents could ultimately be responsible for the approximately $33 million dollars in outstanding debt associated with the Poinciana Housing Complex. Taking an out-of-sight, out-of-mind approach to the Poinciana debt, Key West government states that it does “not record…[the loan] on the City’s books.” [ii]

Another set of debts that do not appear in Key West Government’s 2013/2014 debt load calculations is the non-interest-bearing loans that Key West government used to acquire the “Washington Street” property, to rehabilitate projects “on the land, [in its] ‘Home Investment Partnership Program,” to secure a mortgage for the low-income housing at “Key Plaza Sites A and B” and for “Roosevelt Gardens.” These debts, presumably also in the hands of the KWHA, equal just over $7 million dollars.

By adding these debts to those already included in the city’s long-term debt portfolio for 2014, one comes up with a less optimistic picture of Key West government debt: As of 2014, each Key West resident had a $4,114 share of Key West’s long-term debt. While a small amount of this debt will expire in 2018, most of the largest amounts will not.

If voters give Key West government the okay to purchase Peary Court and to do this through a revenue bond, then each KeyWester’s debt burden will more than double, to $5,952.

And by the way, the Peary Court purchase will not be free of fees. The city will need a “bond counselor” to ‘structure the deal’ and secure investors for the revenue. Key West government already has one on its Rolodex, since it has already used Tallahassee’s Bryant, Miller, and Olive [iii] before. I cannot say what BMO–as they are called by City government executives–will charge for their services. Similar cities with similar purchases have paid upwards of one million dollars for these services—plus, of course, a whole range of fees accompanying the purchase of property and the fees for lawyers to guide the city in its purchase. Peary Court rents will pay neither the Bond Council’s fees nor the other charges associated with purchasing a $55 million dollar property.

In the event that the Peary Court referendum passes with its accompanying revenue bond proposal, the most patriotic thing that taxpayers can do for their city is to get traffic and parking tickets and commit a crime that would end up with their valuable property being confiscated. The revenues from these items has fallen and you would assist in pumping up city revenues to pay for the enhanced burden placed by an over-the-top debt load.