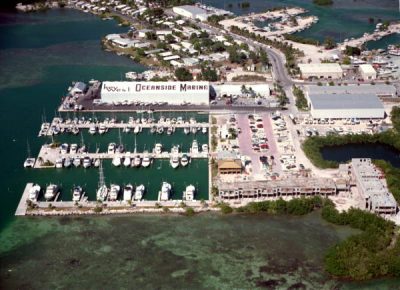 County Commissioners appeared lost this Wednesday in the intricacies of their own laws. But for those who had followed the growing controversy over Pritam Singh’s Ocean’s Edge (175-room) Hotel the meeting looked like the last of the county’s many renditions of The Emperor’s New Clothes.

The actors are real pros and they’ve played the part many times.

In the First Act, Mr. Singh wants to build a huge hotel on Stock Island’s waterfront but the transient building allocations alone would cost 16 million dollars, before even building anything.

So the Second Act opens with the Magician. With a few strokes of the wand he turns the conspicuous hotel into a “single-family home,” replicated three stories high and shouldered on both sides by many brother and sister “single-family homes.” And “homeowners will have their dream house on the ocean’s edge.” Everyone is mesmerized. End of Second Act.

The beginning of the Third Act is boring, as in all plays. Just a lot of construction. But then ….abracadabra! The string of “single-family homes” disappears and everyone marvels at the magnificent 175-room hotel that stands in its place. Some people still applaud. But the wizard runs off stage as Dorothy’s Blue Paper dog starts ripping the curtain open.

Now comes the Fourth Act. The County is left holding the bag. The actors still on scene appear shivering, lost and remorseful. The King’s fools emerge from under the dusty land regulation book of shadows trying to recall the re-naming trick Master had showed them. But the crowd wants blood. At the back of the room, the statue of Commander Ward has been rolled in, gathering dark clouds…

“And? And?” asks the eager audience.

And what? No that’s it. That was the play. Did you like it?

[Note: We’ll have something more for you on the Oceanside story — on a more serious note —  in the very near future…]

4 Responses to “Ocean’s Edge: A Play in Four Acts”