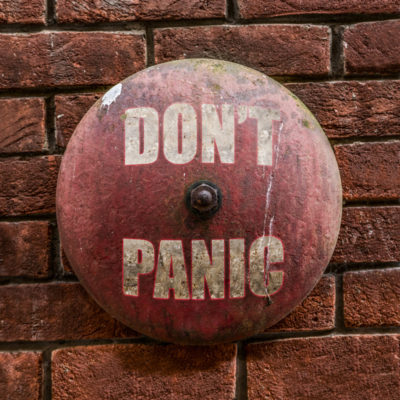 I get lots of email, including email from political advocacy groups trumpeting the Impending Doom of the Month. This month, that doom is the coming end of “Net Neutrality” at the hands of the Federal Communications Commission.

“Donald Trump and his corporate cronies are about to destroy the Internet,” writes Eden James of Democracy for America.

“[FCC chairman Ajit] Pai is paving the way for monopolistic ISPs to block and censor what we see online, and push anyone who can’t pay extra fees into ‘internet slow lanes,'” warns Carli Stevenson of Demand Progress.

For some reason, those alarmist emails leave out the fact that “the Internet as we know it” — the World Wide Web — survived and thrived for nearly a quarter of a century without “Net Neutrality,” which was only imposed by a previous FCC a little more than two years ago.

But now the alarmists insist that axing the two-year-old rule will suddenly, for unspecified reasons, cause Internet Service Providers to divide the Internet into “fast” and “slow” lanes at the expense of their own customers and of small web site owners. Why ISPs would cut off their noses to spite their own faces in this way isn’t explained, probably because the prediction makes no sense at all and simply isn’t based in reality.

The fight over “Net Neutrality” is best understood as a duel between corporate interests — Big Telecom on one hand, Big Data on the other, with Big Data doing a better job of fooling activists into making a moral crusade out of the matter.

Big Data — specifically companies that deliver high-bandwidth services like streaming video (Netflix, Google’s YouTube service, et al.), or that consume lots of bandwidth simply by virtue of being very popular (Facebook and so forth) need ever larger pipes to shove that data at you. They want ISPs to shoulder the costs of building and fattening those pipes.

Big Telecom — the ISPs — want to charge the bandwidth hogs extra for getting such large amounts of data to your screen in a timely manner, so that Big Data bears the costs of building those pipes and keeping them uncongested.

If Big Data wins (“Net Neutrality”), ISP customers will end up paying more for Internet access. Everyone’s Internet access fees will go up (or at least remain higher than they otherwise would) and broadband Internet’s expansion into rural areas will slow down.

There’s no such thing as a free Internet. Someone’s going to pay to make it keep working. The only question is who. I’d rather pay an extra $5 a month for my web hosting and Netflix binges than shift that cost to my neighbor next door who checks her email once a day. Good riddance to “Net Neutrality.”