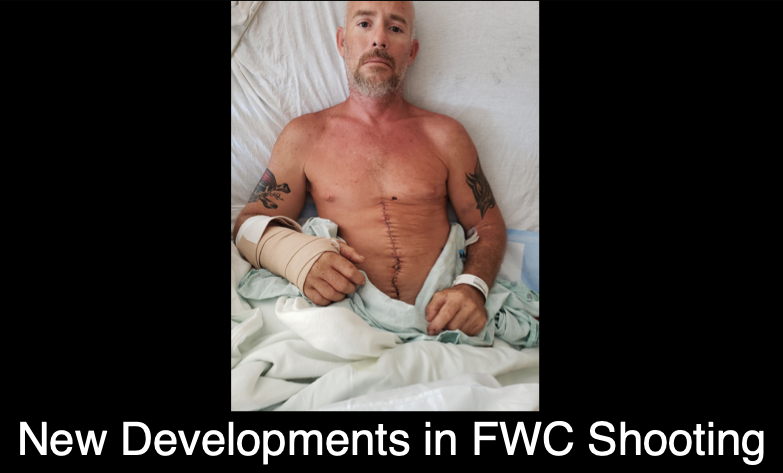 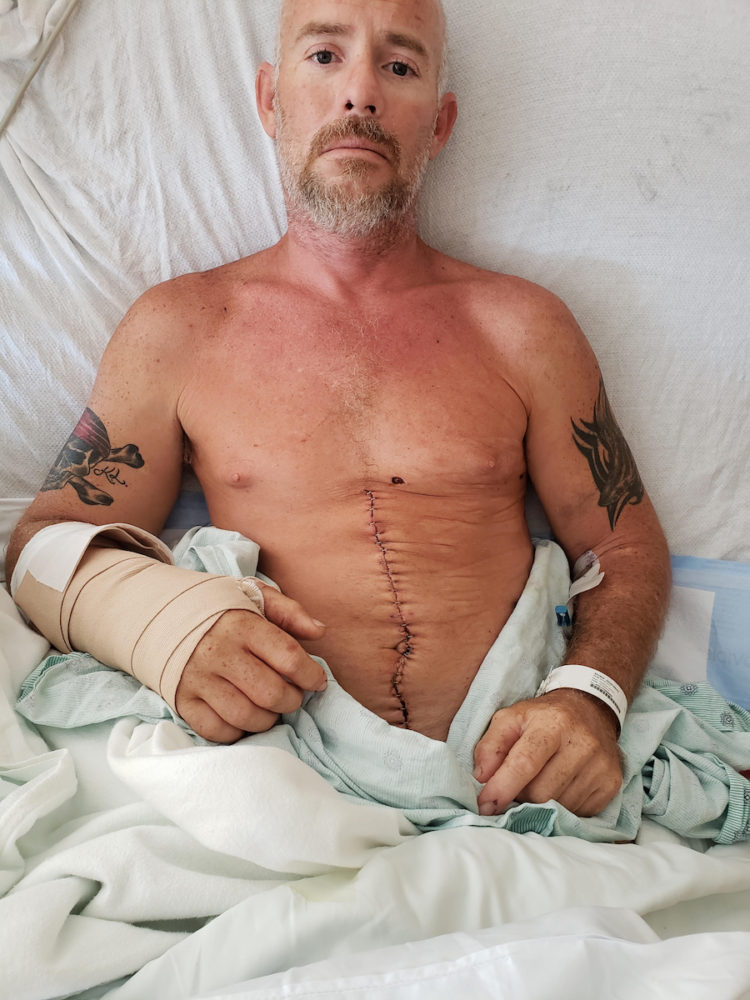 FDLE is still investigating the October 15th shooting of Adam Bounds by FWC Captain David Dipre. According to law enforcement sources FWC was conducting a welfare check on Bounds, a liveaboard boater, who was reported to be suicidal. Upon arriving, FWC claims, Adam Bounds threatened to blow up his boat and the officers with a gas can. Captain Dipre fired at least three times hitting Bounds in the abdomen and the wrist. Adam Bounds denies having been suicidal or threatening the officers.

Much has been expected of FWC body worn camera footage to sort out the contradictory versions of what led to the use of lethal force. Law enforcement is not yet releasing further information. However, we wanted to know, at least, whether or not Captain Dipre had been wearing a functioning bodycam at the time of the shooting. We asked to see the list of bodycam serial numbers associated with all FWC personnel in Monroe County. According to that record there is no bodycam assigned to Captain Dipre. So, most likely, there’s not going to be any body worn camera footage showing what Captain Dipre saw before he shot Adam Bounds. MCSO, which responded along with FWC, has confirmed that they have some bodycam footage of the incident.

We learned this week that, prior to the shooting, an arrest warrant had been issued in FWC’s case against Adam Bounds. Adam Bounds’ case is classified as “confidential” in the Clerk of Court’s filing system; however, the Clerk of Court agreed to unseal most of it last week. Bounds had apparently missed a court date on the charge that his houseboat was longer than the length appearing on the vessel registration. (Bounds had added a floating platform to the back of his houseboat.) So, did FWC go to Adam Bound’s houseboat to conduct, as they claim, a welfare check or did they go with the intention to arrest him?

The bodycam video of the execution of an arrest warrant on another boater, David Espinosa, shows how FWC methods could easily turn deadly: the officers came in with guns drawn, they yelled, “Get on the ground! Get on the ground!”, an officer grabbed Espinosa by the hair and threw him on the floor of his boat and stepped on his back. His crime? He was a week late in paying a ticket for not having removed a prior registration decal from the side of his boat.

About an hour before being shot Adam was on the phone with FWC in Tallahassee making an official complaint of harassment against Captain Dipre’s officers. There was an outstanding arrest warrant for Bounds. Captain Dipre, who is rarely seen on patrol around Key West waters and does not have an assigned bodycam, got aboard a boat dispatched to find Adam Bounds.

At the time, Adam’s houseboat was no longer in Cow Key Channel where officers had cited him. He had moved to a different area. FWC asked the phone company to “ping” Adam’s cell phone. Cellphone service providers do not provide a customer’s location unless law enforcement swears that the information is necessary to save lives. The CAD report shows that TMobile pinged Adam’s phone and provided FWC with Bounds’ exact GPS position. Adam Bounds was shot from the outside of the cabin (the bullets passed through the entranceway curtain before hitting him.) Bounds was flown to a Miami hospital. Doctors saved his life.

What to expect of FDLE’s investigation

We have found only three cases in Key West where FDLE was called to review death or serious injury inflicted by police officers.

On February 8, 2005 Alexander Pla, nicknamed “Car Wash,” was taken out of his house in Bahama Village for “acting crazy.” He was thrown, hogtied, into the back of a police transport van with two officers. By the time the door reopened at the police station Pla was dead. FDLE concluded that no misconduct had taken place.

On April 16, 2011 Matthew Sean Murphy was tased by a KWPD officer on Duval Street. Murphy dropped like a log, hit his head on the sidewalk, and fell into a coma.  When we were finally able to locate him he was laying in a hospital bed, in Miami, left there in a vegetative state since the Taser blast. Records showed that FDLE investigators went to see him the next day. They put him on their ‘wanted’ list even though they knew where he was and it was clear he would never leave the hospital. There was no investigation. After we published our interviews with witnesses that FDLE had failed to question, the family sued and the City settled for 1 million dollars.

In November of 2013 FDLE was in charge of investigating the “death in paradise”of Charles Eimers, a tourist who died after being held face down in the sand by several Key West police officers. When we first published the story FDLE was about to allow Mr. Eimers’ body to be cremated without autopsy. Witnesses complained that they could not be heard. The FDLE’s chief investigator on the case was the ex-wife of the police captain in charge of operations that day. FDLE refused to acknowledge the conflict of interest and accepted the officers’ version of events. The City settled with the Eimer’s family after a video surfaced which showed the officers had lied under oath.

FDLE’s report on its investigation of the shooting of Adam Bounds is expected by the end of the year.  Stay tuned.

Update: July 25, 2021.  We finally received all the records associated with the Adam Bounds shooting from FDLE this month including video and audio of witness interviews. We are currently going over the material. Stay tuned.