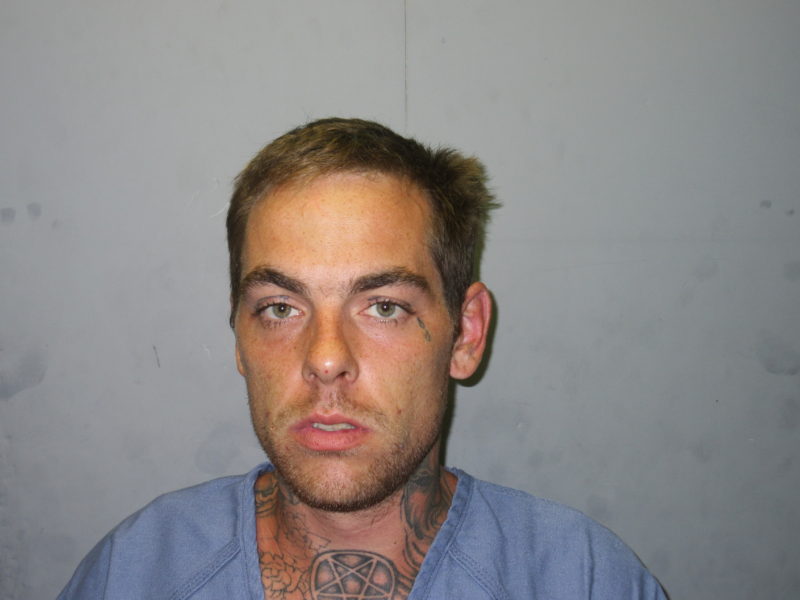 The suspect in an early morning stabbing in Marathon was charged today with second degree murder and grand theft auto.

29 year old Kyle Ian Miller of Marathon was apprehended at 9 a.m. as he drove the stolen 2000 tan colored Cadillac Eldorado northbound. Deputies had a description of the automobile from a resident of the park, who told them it was missing from the driveway of a trailer belonging to a man he knows as “Jack”. He said “Jack” was out of town in Ohio.

Miller reportedly stole the car after stabbing 34 year old Andre Howard. Miller was pulled over in the car on Bessie Road in Tavernier and was taken into custody.

Howard’s body was found lying beside the road in the mobile home park at 4 a.m. today by a newspaper delivery person, who called the Sheriff’s Office. When deputies arrived at the scene, they realized Howard was dead. Initial examinations of his body indicate he died of stab wounds believed to have been inflicted by Miller. Detectives say they believe the altercation between the two men took place at about 2:30 a.m.

Arriving deputies followed a blood trail from the body back to a trailer belonging to a man named Jack Belknap, the registered owner of the stolen Cadillac. Inside the trailer, they found evidence the stabbing may have taken place there. Miller, who has been known to reside at the trailer in the past, is an acquaintance of Belknap whom he calls “uncle”. When contacted, Belknap told detectives Miller did not have permission to use the car and he wished to press charges for the theft of it.

Miller claims he stabbed Howard after Howard made unwanted sexual advances toward him. He told Major Crimes detectives he has known Howard for about a year and the two of them sometimes did drugs together.