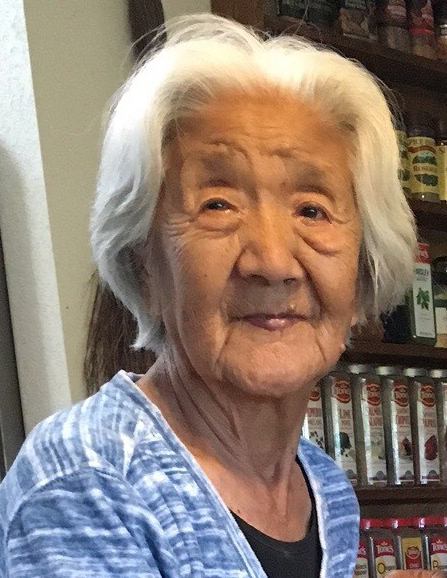 The missing elderly woman from Punta Gorda has been located, a short distance from where she has been staying with her family.

Searchers were out again today at daylight looking for 94-year-old Kimie Hashiba; dive team members from the Sheriff’s Office and Fish and Wildlife Conservation Commission were searching the water, while others from a number of different agencies searched on land. Detective Paul Bean spotted her wheelchair near 415 Palm Drive at 11 a.m. about a quarter mile from the Seaside Avenue home where she was last seen in the Upper Keys. He followed a trail in the dirt into a wooded area and found her lying next to a boat trailer. She was alive, suffering from dehydration, and is being transported to Mariner’s Hospital for treatment.

The frail Japanese woman, who suffers from dementia and does not speak English, was last seen at 99 Sea Side Avenue, Unit 8. Her daughter and son-in-law told Deputy Annette Simo they saw her after dinner, at about 8 p.m. when she went outside to sit on some the porch steps. Her daughter went outside at about 8:40 p.m. to check on her and she and her wheelchair were both gone. The family searched the immediate area for her and then called the Sheriff’s Office for help at about 9:15 p.m.

Sheriff’s deputies, detectives as well as officers from Florida Highway Patrol and Florida Marine Patrol responded to help with the search, which continued until 3:40 a.m. when it was called off until daylight.

The Sheriff’s Office is looking for a missing elderly woman last seen at 8:30 p.m. Wednesday in the vicinity of Seaside Avenue in Rock Harbor near the 94 mile marker of highway U. S. One.

Deputies, detectives and other members of law enforcement in the Keys have been out searching the area where she was last seen and have not found a trace of the missing woman.

94 year old Kimie Hashiba is described as small and frail, five foot one inches tall, 90 pounds. She does not speak English, only Japanese, suffers from dementia and cannot walk long distances by herself. She and her wheelchair are both missing.

She and her family are visiting the Keys from their home in Punta Gorda, Florida.

If you have any information as to her whereabouts, please call the Sheriff’s Office immediately at 305-289-2351. A photo of the missing woman is attached.

One thought on “94 Year Old Woman Missing in Key Largo”