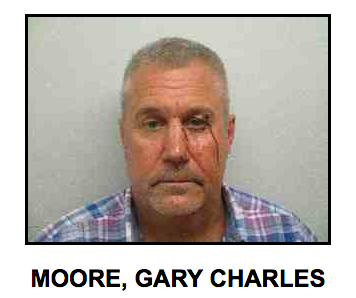 A Marathon man admitted to shooting and killing his friend after an altercation Friday night in Marathon according to the office of the Monroe County Sheriff.

The 47 year old suspect, Gary Moore, called the Sheriff’s Office after shooting his 46 year old friend, John Stevens in the stomach with a shotgun.

The shooting took place at the suspect’s residence, 10660 7th Avenue Gulfside at 9:30 p.m. Stevens had been staying at the residence for the past four months in a travel trailer parked on the property. According to Moore, the victim hit him so he shot him in the stomach with his shotgun. The victim was dead at the scene. The suspect had a cut over his eye when deputies took him into custody.

Neighbors heard the shot and helped to direct arriving deputies to the house where the incident took place. Moore was outside the residence and was cooperative with law enforcement when they arrived. Witnesses interviewed about the two men say they got into a physical altercation a couple of weeks ago as well.

Moore has been charged with manslaughter. He was booked into jail on the charges this morning.