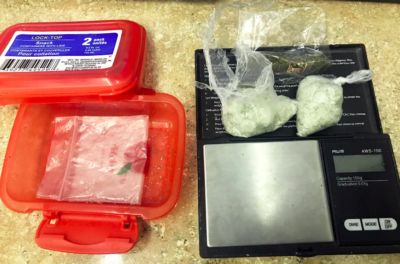 Deputy Anthony Lopez stopped a car on Fifth Street on Stock Island about 12:30 a.m. for failure to stop at a stop sign. Rahming, who is known to Deputy Lopez from previous encounters with law enforcement, was driving and a female passenger was also in the car. A K9 was called to the scene and alerted to the presence of drugs in the car where Rahming was sitting.

Rahming was taken to jail. The passenger was not arrested.