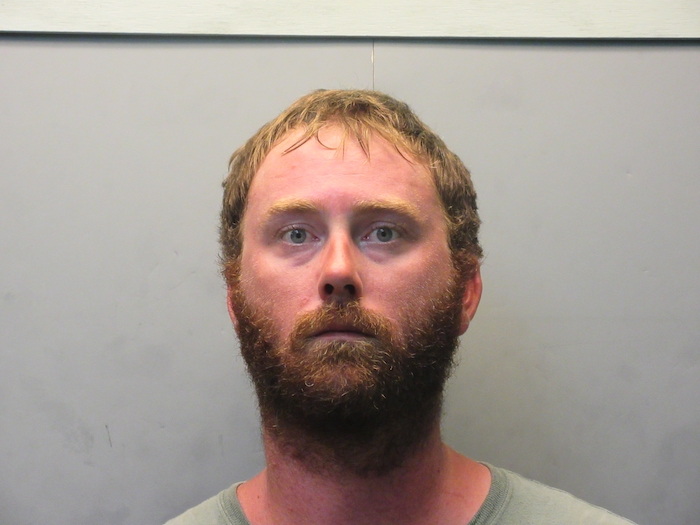 A 27-year-old Key Largo man was arrested Friday accused of choking a woman and threatening to kill her with a knife.

Donald Curtis Brigman’s probation officer contacted the Sheriff’s Office about 1 p.m. Friday. The probation officer said he received an email from the victim, stating Brigman had beaten her and that she feared for her life. She added that she needed help urgently.

“Hello. Good day. My name is [victim]. Donald Brigman’s wife I have been a victim of domestic violence for along time. I’ve had bruises on my body. He has grabbed me by the neck many times and even put me knives while saying he was trying to kill me. Donald is not well. And I’m afraid of dying. Last night he try to suffocate me many times. He hit me. He hurt myself. And even broke my cell phone so as not call the police before I was afraid to speak but no more because im more afraid of dying. I NEED HELP URGENTLY.”

The Sheriff’s Office responded to the home on the 500 block of Plante Street in Key Largo, where deputies met the victim. She stated she and Brigman had been at a bar earlier where she shunned Brigman’s advances. She said Brigman had wanted a kiss, but she smelled cigarette smoke on his breath and she didn’t like that. She said Brigman then became irate and started calling her a “bitch” and  “slut” and yelling at her.

She told deputies Brigman began cursing at her and grabbing and pulling on her while en route to their residence. She said that once they were home, Brigman began punching her. She said Brigman pushed her to the floor and pulled out a 12-inch knife and held it to her neck while telling her he was going to kill her.

She said she went into the back bedroom and Brigman followed her grabbing her around her neck while they were on the bed, choking her. She told deputies she broke free and tried opening the bedroom window because she wanted to yell for help, but Brigman put his hand around her mouth and covered it preventing her from trying to get help.

The victim showed deputies bruises on her knee, left ankle, and three on her back. She also showed them her smashed cell phone. A knife was found in an open drawer in the bedroom.

At some point during the struggle, the woman had been able to send text messages to a close relative of Brigman seeking help. The relative told deputies the messages stated that Brigman had a knife to her throat and that he was choking her.

The relative told deputies that when she arrived at the apartment soon after receiving the text messages, she saw Brigman holding [the victim] on top of him on the bed and he was screaming: “She is a cunt, whore, bitch and [he was] going to kill her.”  The relative told deputies he used her cell phone to call a close family friend. She said he was crying during the  call and saying he could not go back to jail because he just got out of federal prison earlier this year for the same reason with his ex-wife. Brigman left the house shortly thereafter.

Brigman’s relative also told deputies that Brigman is a very sick person and he would end up killing [the victim] if something doesn’t stop. She said that Brigman has held [the victim] hostage on several occasions in the past and once threw out all of her personal belongings.

Brigman was found near Mile Marker 99, was arrested and taken to jail.  While driving to the jail Brigman told the deputy that he wanted to press charges against [the victim].

“On the night of 9/20/18 [XXXX] and himself left the Carribean Club in Key Largo around 11 pm. As they turned onto us 1 an argument started. When they turned onto Caberra St [XXXX] grabbed him by the throat with one and the other hand she began to choke him while he was driving. Brigman stopped the vehicle and he pushed [XXXX] off of him ripping her shirt in the process. When they arrived at [their home] she could not find her phone in the vehicle. Brigman helped her find her phone and doing so she punched him in the face. Brigman then went inside the house while she was pushing him. They then both went into the bedroom and Brigman called [XXXX] a bitch and she grabbed him by the throat. Brigman grabbed his phone to call his mother and [XXXX] grabbed it throwing it to the down and breaking it. Brigman then took a lap top computer and contacted his mother for help.”

He has been charged with aggravated assault with a deadly weapon, battery and obstructing justice.

This report has been updated with further information provided in the incident report received on 9/24/2018.