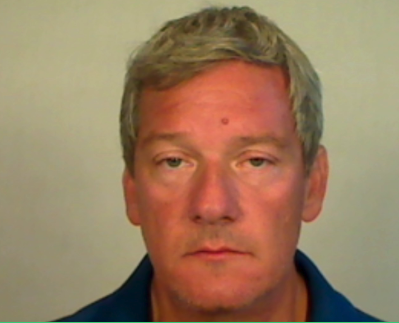 A man who police said was “under the influence of alcohol” when they responded to a 3:30 am call to his home from his 17-year old stepson was arrested for battery and child abuse.

The teen told police that Cary, who is listed as the registered agent for Dions Quick Mart stores, came home and woke the teenager, who had been sleeping in his bedroom. The teen told police Cary was yelling about the teen not cleaning his room after he had been told to do so and that Cary had grabbed the teen around his “trapezoid muscles and neck area” when he tried to leave the room to look for his mother.

According to the November 24th report the teen said he then punched Cary in the face with a closed fist and was able to get outside and call police.

According to the incident report Cary is engaged to the teen’s mother and the three had been together in a home on Atlantic Boulevard for the past several months.

Cary and the teen’s mom had gone out together that evening but, according to the report, had gotten into an argument and Cary had come home without her after she said she would rather walk home.

Cary admitted that when he got home he went into the teen’s bedroom and confronted him about the mess in his room, according to the report. Cary reportedly said there had been “tension” between the two in the past.

He told the officer the teen had gotten up from his bed and was arguing with him, getting really close to his face. He said when the teen pushed him away he reacted by pushing the teen across the room “as a defensive reaction.”

Police said Cary had no visible marks on his hand, neck, or face while the teen had red marks around his trapezoid muscles, his neck, as well as a red mark on his knuckles.

The officer described Cary as very cooperative and remorseful and wrote in his report that while on-route to the jail Cary told him he didn’t mean to hurt or push Setiz.