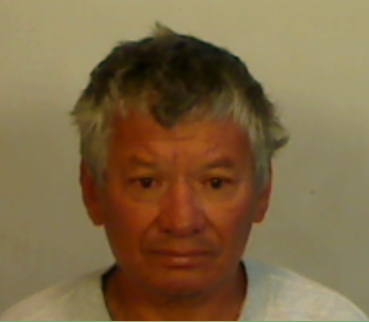 A 54-year-old Marathon man already in jail this week for stalking a woman was further charged Saturday after a teenage girl reported the same man grabbed her and kissed her neck at a soccer game.

Julio Roberto Melendez Chavez was charged with battery, stalking and interfering with the custody of a minor. Those charges stem from an incident involving a girl at Marathon Community Park on Nov. 15.

Chavez was already in jail Saturday on an earlier stalking charge regarding a separate, unrelated incident on Nov. 12 in which Chavez followed an adult female pedestrian and attempted to persuade her to get into  his pickup truck.

Regarding the first incident: A Marathon woman reported that a man, later identified as Chavez, followed her in a GMC pickup truck while she was walking in the Marathon Home Depot parking lot on Nov. 12. Chavez was following her slowly and honking his horn. The woman initially ignored Chavez, but he continued to follow her. Chavez tried to convince the woman to get in his truck, but the woman hurried away. The woman saw Chavez again in the same truck at Marathon Community Park, the next day, on Nov. 13. He again followed her and honked his horn while attempting to persuade the woman to get in his truck. The woman stated that she feared for her safety in both incidents.

The woman took down his license plate number and the Sheriff’s Office used that information to find Chavez and arrest him on Nov. 16.

Meanwhile on Nov. 16, a 16-year-old girl told Marathon High School Resource Officer Sgt. Eric Mixon that a stranger, later identified as Chavez, approached her and her friends while they were watching a soccer game at Marathon Community Park the night prior, on Nov. 15. The girl gave Sgt. Mixon a detailed description of the man. The girl stated she initially thought Chavez was a parent.

The teenager told deputies that Chavez followed the girls from the bleachers to the amphitheater. At some point, when the girl was separated from her friends, she says Chavez spoke of inappropriate topics, such as his desire to have sex with children. The girl said she attempted to leave, but Chavez grabbed her by the arm or wrist. Out of fear, the girl agreed to take Chavez’s cell phone number, which the Sheriff’s Office used to identify him. Chavez told the girl his name was Julio.

The teen says Chavez gave the girl a hug and moved his hand to her rear end and then kissed her on the neck. The girl said Chavez tried to convince her to let him give her a ride home in his truck, but she refused. Chavez then got into the truck. The girl went home with friends. She reported the incident the next day to Sgt. Mixon.

Major Crimes Detectives investigated the case and used Chavez’s cell phone number to identify him. Detectives consulted with the State Attorney’s Office regarding the incident with the girl.