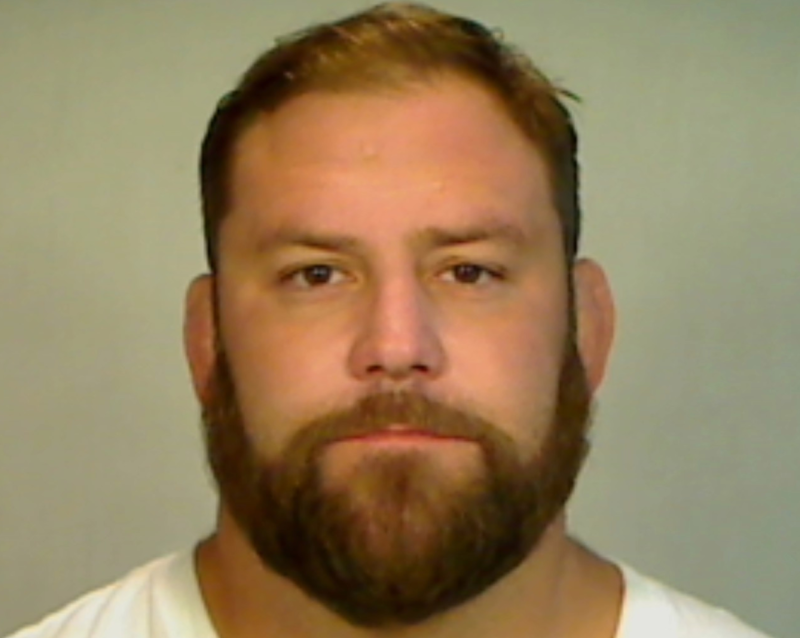 A group of four passengers were headed to their hotel in a Lyft car early Friday morning when another motorist allegedly attacked the ride-share vehicle.

According to reports, the four witnesses claimed they were stopped at a red light in Key West at Simonton and Southard St. in the Lyft vehicle (a Ford Focus) when another vehicle crashed into the back of the car. They stated in reports that the vehicle (an F20 truck) continued to “floor the gas” into the Lyft vehicle.

The driver of the truck, later identified by police as Lucas Cody Overcast, then exited his vehicle with a long object in his hand, reports said. Witnesses stated they first thought the object was a gun and ducked down, but Overcast then proceeded to hit the car with the object (later identified as a baseball bat).  The Lyft driver then drove off to get away from the attack, but Overcast allegedly continued in the chase.

Police located the F20 truck and questioned Overcast who stated he was not sure about the crash but that he got into a verbal argument with two men earlier that escalated and that the two men punched him.

Overcast’s occupation is listed as “fighter” on the police report. The driver also claimed that earlier in the evening, Overcast hit him in the face.